Anna and the Speckled Hen 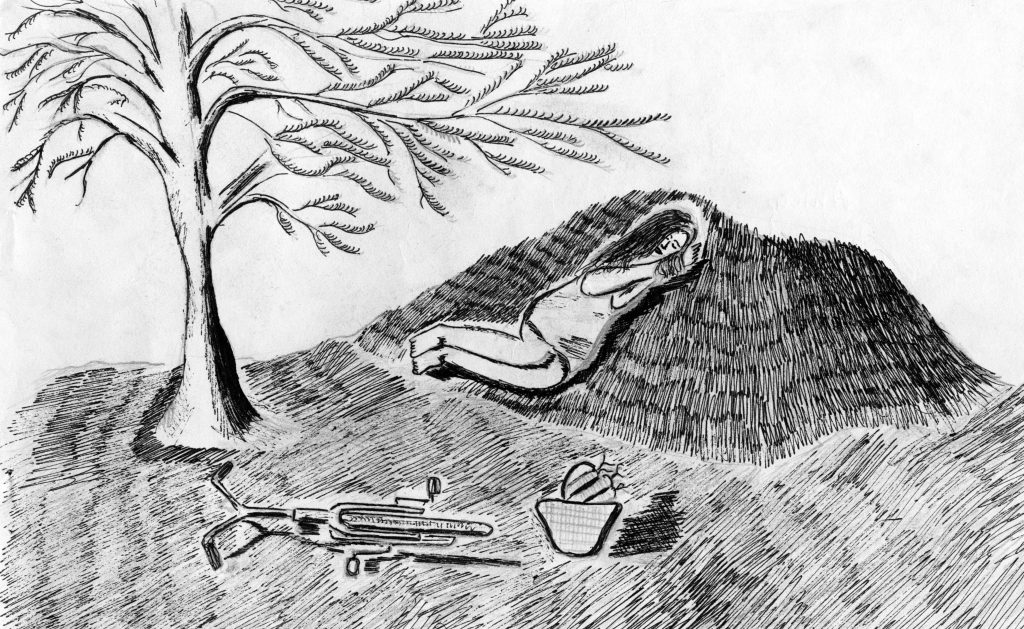 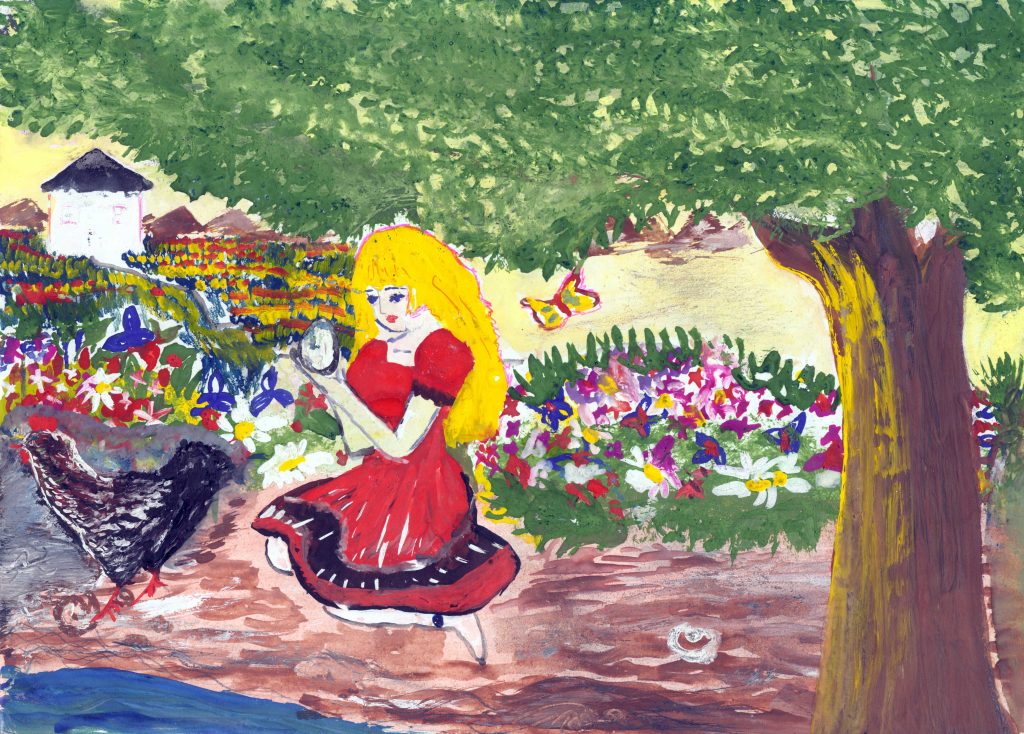 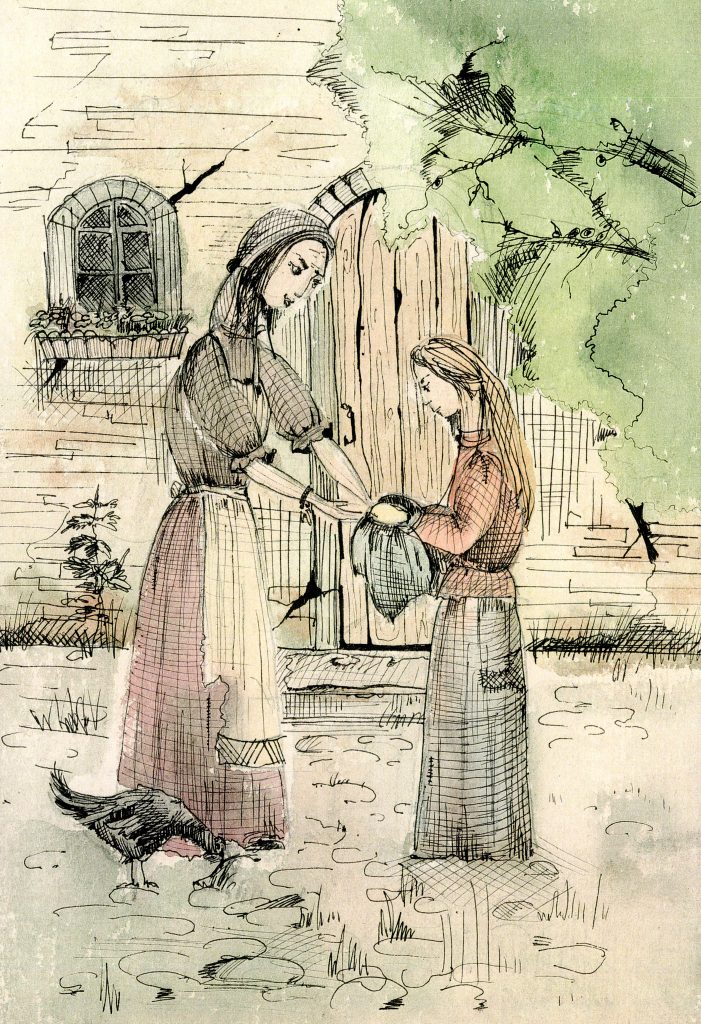 Food was scarce in Germany during World War II. People were hungry, especially children. Anna looked for food on her weekly bicycle ride to the country. She was so tired she pushed the bike slowly. Even that made her heart race. She was tired all the time these days, and discouraged. Except for a few beets, no one had any food to give or sell.

Suddenly she could go no further. She lay down in the cool grass beside her bicycle and dreamed of golden carrots, steaming hot in cream and butter. Even in her dream she knew this was foolish. She had never tasted butter or cream, but her mother had described them. She dreamed of tomatoes too, beautiful red, juicy ones. Anna was about to eat one when they disappeared. She woke with a start, rolled over, and there, looking her right in the eye, was a speckled hen. They looked at each other–Anna and the speckled hen.

“Why are you staring at me, you silly thing?” asked Anna. “And waking me up!”

Then Anna saw the egg! Carefully, she picked it up, still warm. “Oh, you beautiful, beautiful hen!” she exclaimed. “I’m sorry I was rude. Thank you for this lovely egg!”

Anna felt better now. She took her scarf off and carefully wrapped the egg. She got on her bicycle to hurry home to her mother. But then a terrible thought crossed her mind: the egg wasn’t hers. It belonged to the owner of the speckled hen. Anna pedaled slower. “No! The egg is mine. The hen laid it right beside me.” Anna pedaled on. But as she approached a little white house close to the road, her legs wouldn’t pedal. Very slowly, she got off her bicycle and walked to the house.

“Yes?” asked the young woman at the door.

Reluctantly, with her dream of a small omelet fading, Anna said, “Do… do… you own a… a…. speckled hen?”

“Why yes!” exclaimed the woman.

Carefully, Anna unwrapped her scarf and handed the egg to the woman. “Then this is yours,” she said in a small voice.

“Oh, thank you,” said the woman. “That hen lays eggs everywhere. We need her eggs for our little boy. He’s very sick. You’re so kind,” she said. “I wish I had something to give you, but there is so little. I… I… have nothing to give you.”

“It’s all right,” said Anna as she climbed onto her bicycle, anxious to get away from the little white house, the speckled hen, and the wonderful egg.

At home Anna told her mother, afraid her mother would scold her for being late, for bringing only a few beets, or for not keeping the egg. But her mother only smoothed Anna’s hair with a smile.

“Then you’re not angry with me, Mother? You don’t think I’m too young to go to the country to bargain for vegetables?”

“No, Anna,” said her mother. “I’m just thinking what a fine daughter I have. When one is so hungry all the time, only a very wise person could have made such a hard decision to return the egg.”