Skip to content
We Have Come to Testify: There is Much We Want the World to Know

We Have Come to Testify: There is Much We Want the World to Know 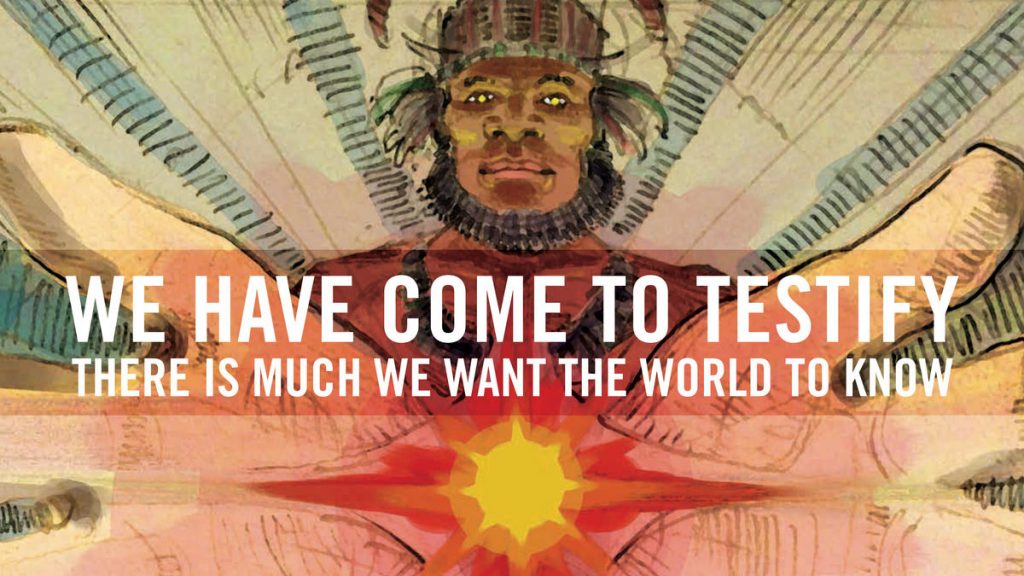 Album Cover for We Have Come to Testify

We Have Come to Testify: There is Much We Want the World to Know is an incredible collection of stories, songs and spoken word artwork centred around the Byak Massacre in West Papua in 1998. Civil society organisations from West Papua, Vanuatu and Australia came together with the Australian Government Research Council to produce this stunning resource. This beautifully illustrated book and CD with the recordings of testimony and music tells how Papuans survived the 1998 massacre and ongoing atrocities perpetrated by the Indonesian Government. This collection describes the nonviolent ways Papuans have responded, and the skills and knowledge they developed by surviving and holding on to hope.

Order or download your free copy of the book and CD from Wantok Musik. This not-for-profit Music Label records, releases, and promotes culturally infused music from Indigenous Australia, Melanesia and Oceania, providing greater economic opportunity and long-term career sustainability for artists. Go to directly to this item in their online store. Click on “Buy Digital Album” and name your price, no minimum required. All donations support the communities of survivors of state violence in West Papua as they search for ways to defend their life and dignity.

Traveling has been part of the human story from the beginning. But the Dutch brought the brutal racism of white supremacy with their incursion into West Papua in 1828, forty years after the British invaded Australia. The Dutch did not withdraw until the 1960s. In 1961, West Papuans held a congress where they raised the West Papuan “morning star” flag and planned their independence. But the newly independent Indonesia asserted its claim over the territory. A 1962 UN-sponsored treaty declared Indonesia the temporary administrator of West Papua without Papuan consent. A required referendum on independence was not held until 1969, and then was manipulated by Indonesia to confirm its claim. Indonesia guards their claim against persistent violent and nonviolent Papuan opposition through executions, detentions and torture. The isolated rugged terrain of West Papua allows this brutality against the Papuans to persist unnoticed by the rest of the world.

The Guardian presents this brief history of the West Papuan independence movement, noting that the Freeport McMoran gold and copper mine in West Papua is one of Indonesia’s largest taxpayers. It is 170 among Fortune 500 companies, declaring US$2.6 billion in 2019 profits. In 2018, Freeport-McMoRan sold majority shares of the Grasberg mine to State-Owned Enterprises Minister Rini Soemarno for US$3.85 billion. Australia and US governments have supported this racist subjugation and exploitation of the Papuan people and land over our lifetimes, placing mining profits over human lives. Please ask your representatives to allow the Papuan people to choose their government and end this violence.

Join us in celebrating Papuan culture. Get to know the Papuan people and their story. Connect their struggle to the global struggle against the racist oppression of white supremacy. Oppose state-sanctioned violence and oppression in any form everywhere.