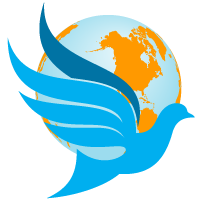 The Toward Right Relationship with Native Peoples program grew out of the work of the Indigenous Peoples Concerns Committee at the Boulder, Colorado Meeting. As part of her work with Global Response, committee member Paula attended meetings of the United Nations Permanent Forum on Indigenous Issues. There, in 2012, she heard Indigenous leaders from around the world call on faith communities to face up to Christianity’s crimes against Indigenous peoples and repudiate the Doctrine of Discovery. She brought this concern to the Indigenous Peoples Concerns committee and invited a professor of Native American Studies, Dr. Doreen Martinez (Mescalero Apache) to help start a study group.

Out of this group’s study and discernment, Paula began creating an educational workshop that eventually became “Roots of Injustice, Seeds of Change: Toward Right Relationship with Native Peoples.” Dr. Martinez, Jerilyn DeCoteau, and other Native educators contributed (and continue to contribute) to the process. Their first workshops in January 2013 moved Boulder Meeting to approve a minute repudiating the Doctrine of Discovery and supporting implementation of the United Nations Declaration on the Rights of Indigenous Peoples.

Paula felt led to carry this work to other meetings and churches, and in May 2013 Boulder Meeting recognized her ministry. They established a restricted fund so that donations could be made to support the work and assigned an Oversight Committee to manage the finances. They also provided (and continue to provide) a Spiritual Care Committee to offer Paula spiritual nurture and counsel.

After serving as TRR’s fiscal sponsor during six years of TRR’s healthy growth and expansion, in April 2019 Boulder Meeting asked Paula to seek another way to carry the work forward. For several years, Nadine Hoover and Paula had had conversations about bringing TRR’s work under the care and administration of Friends Peace Teams as its first program in North America. In June 2019 FPT’s Council approved TRR coming under the care of its Peace Ministries Committee.

For a thorough history of the Toward Right Relationship with Native Peoples program, see Paula’s annual reports (below), submitted to Boulder Meeting.