Skip to content
Supporting Groups for Clean Energy in Bohol

By Kins Aparece, human rights and environmental attorney and FPT contact in the Philippines 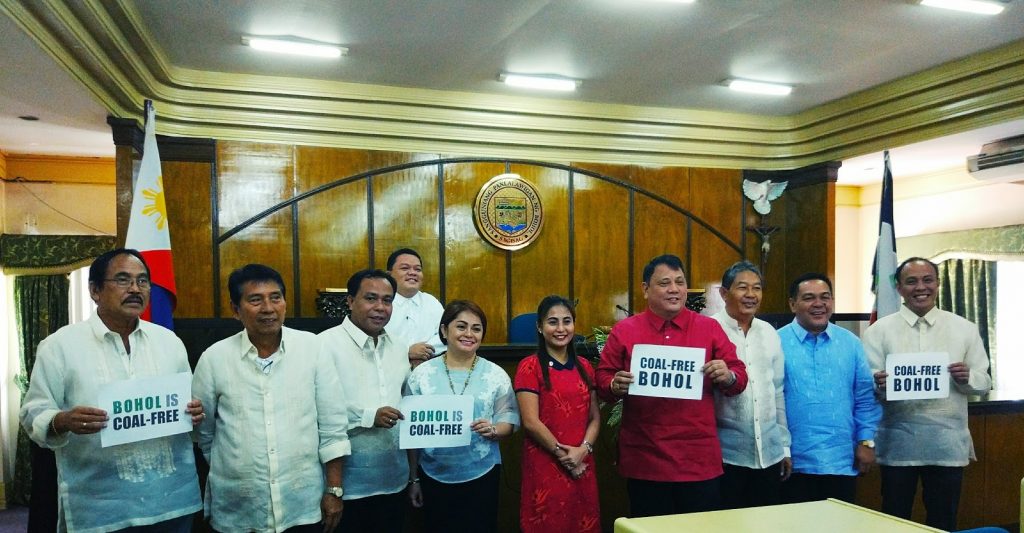 April 2, 2019 marked the first anniversary of the public’s environmental consciousness and collective outcry that led to the provincial government’s decision to keep Bohol Province from any coal power plant establishment.

The move to prevent the building of a Bohol coal-fired power plant quickly dissipated before the provincial government started to formally scrutinize the formal offer of various energy distributors in the country. Despite the growing publicity that coal is definitely the cheapest energy source, the Clean Energy Advocates of Bohol managed to gain the support of the people to help protect the natural land of the Boholanoes.

In this move to generate a critical mass of people to stand firm against the coal-fired power plant for reasons of ecological sustainability and health, the Clean Energy Advocates (CEA) chose Alma Aparece (Kins) and Noelyn Dano (Weng), as its official spokespersons. Weng underwent AVP in the Philippines in 2014 with the support of the Friends Peace Teams-AWP. Both helped the CEA group in doing the needed research, strategic communication and to remind the core team to maintain a more relaxed, creative, and objective approach to this action.

The group stands vigilant and persistent in their quest for the province to be free from a fossil-free energy source.