By Victor Lozinsky with Deborah J. Rasmussen — Set in Chechnya/Russia 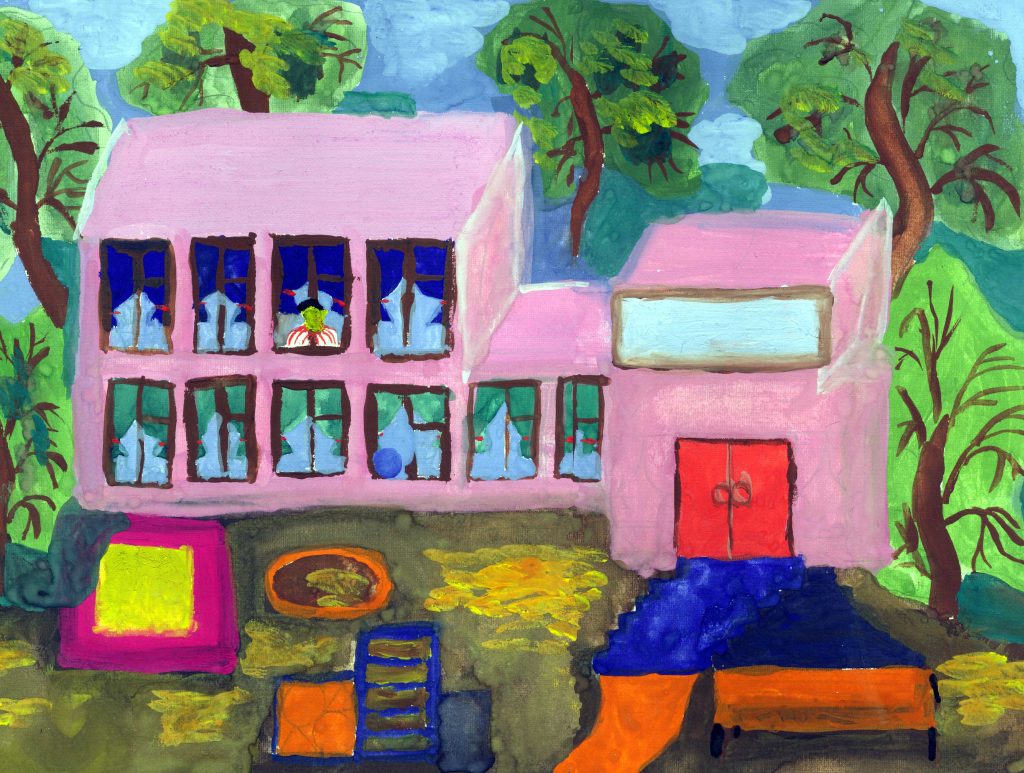 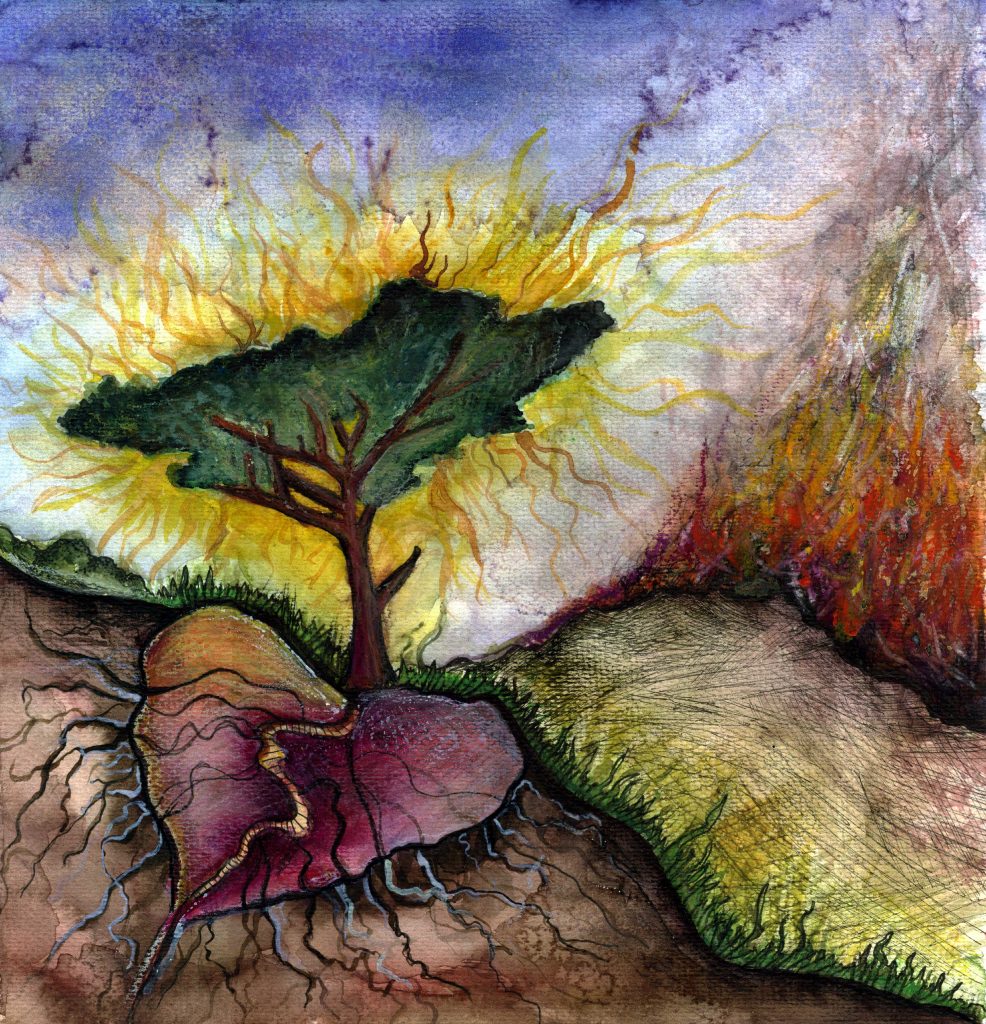 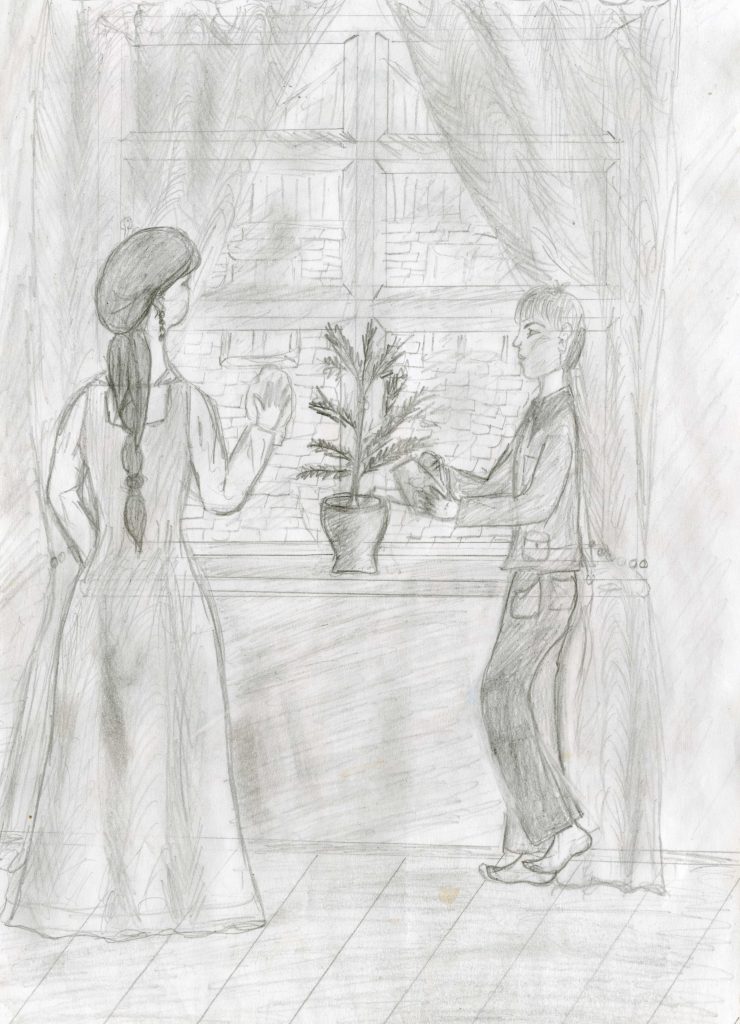 I lived in a building in Chechnya that had once been a kindergarten, near the village of Samashki in the resort area of Sernovodsk. The yard around my building was full of tall, thorny acacia trees. These trees hid much of the outside world from view. Sometimes I could almost imagine that Sernovodsk was still a resort.

But the trees could not hide the truth. The sound of cannon fire and bombers overhead brought reality all too close. In April of 1995 Chechnya and Russia were at war. Sernovodsk was now a refugee camp. I was part of a group of international human rights observers. The situation seemed more and more impossible, even hopeless. What would come of all this killing and destruction?

When I went home, I took with me some of the longest seedpods from the acacia trees and a branch covered with enormous thorns. I knew that my small son Kirill would find them interesting. Sure enough, he planted several seeds in a flowerpot.

Before long, more sad news came from Chechnya. Samashki was attacked again and Sernovodsk had fallen. The former kindergarten no longer existed. And all of those rugged acacias, I learned, were gone.

A single fragile sprout peeped through the soil in the heart of Russia. We cared for it, watered it, watched it gradually uncurl into a sturdy plant and reach toward the light. When it was ready, we planted it outside, hoping it would continue to grow.

Years have passed since then. In many countries, disagreements still turn into war. Somewhere amid the blood and death, fragile life still breaks through when we plant the seeds of peace and tend the soil. All is not lost.

At my home, in Russia, a Chechen acacia tree grows.