Skip to content
Respectful and Loving Coexistence: A Way to Challenge Caste Based Discrimination and Oppression in Nepal

Respectful and Loving Coexistence: A Way to Challenge Caste Based Discrimination and Oppression in Nepal 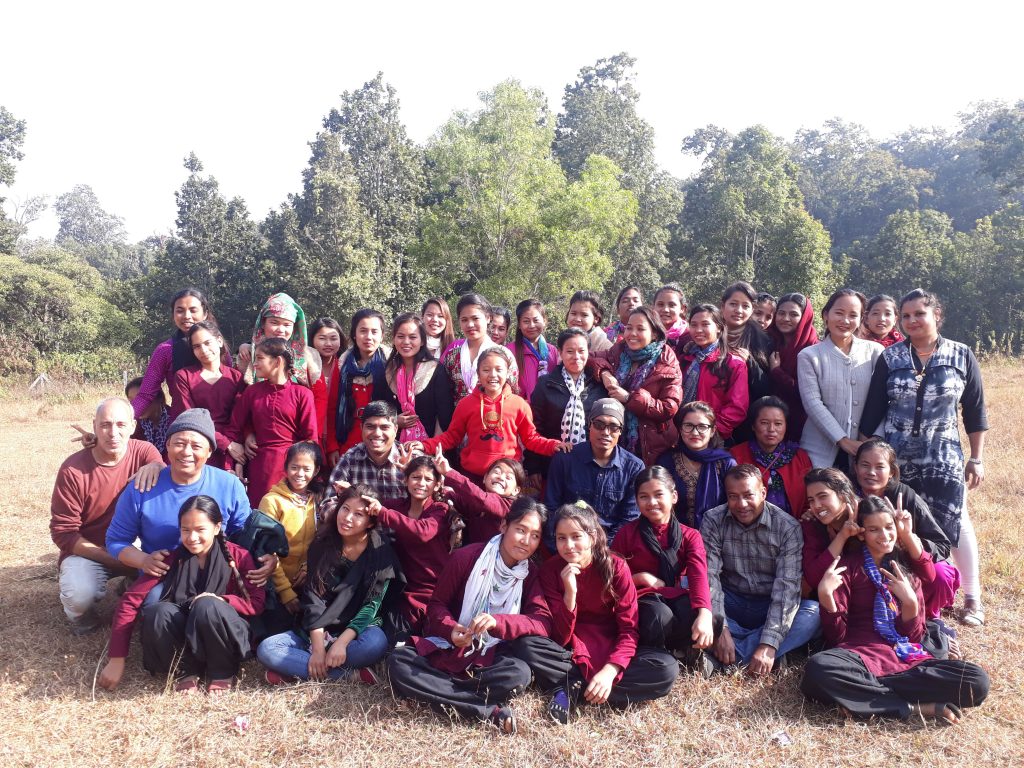 Girls and Caregivers from Shanta Ghar go for a picnic once a year around Christmas together with CWN members. This photo is from picnic in 2019. Photo by Subhash.

For centuries, the caste system remains as one of the inhuman, oppressive and violent mal-practices in South Asia including in Nepalese society. This mal-practice manifests in many ways and levels in communities, societies, cultures, politics, and economics. Sometimes it is very subtle and at other times it is extremely violent.

About two weeks ago, Sushma invited Nawaraj to her village. She also asked him to bring some friends. Nawaraj travelled to Sushma’s village with his friends to meet her, and probably get married. Once Nawaraj and his friends reached Sushma’s village, however, Sushma’s family, relatives, and so-called high caste neighbors began to verbally, physically, and violently attack them.

Nawaraj and his friends were stoned and badly beaten. The only reason was this so-called low-caste man wanted to marry a so-called high-caste woman. According to the media reports, the police watched the incident but did nothing to prevent the violent attack on this group of young men. They could have saved their lives, but the next day the six of them, including Nawaraj, were found dead, floating in the nearby Veri River.

The postmortem report said the boys did not die because of drowning in the river, but were beaten to death and probably thrown into the river afterwards. This recent devastating case has brought the caste system to the surface again in Nepalese society. The government formed a committee to investigate the case, but the public doubts whether the government and police will report honestly on the case or carry out justice for the families of Nawaraj and his friends! 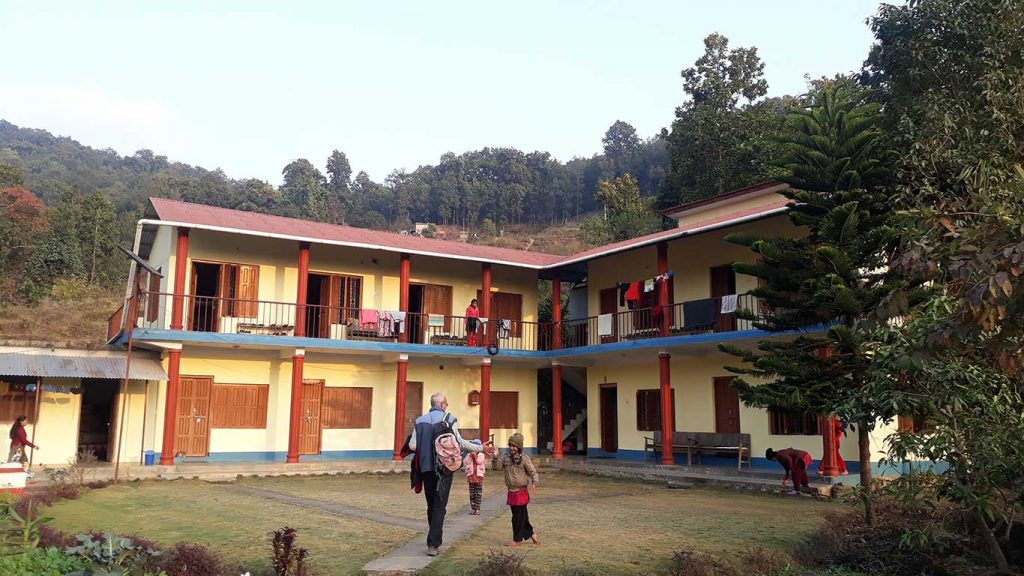 This is Shanta Ghar (Peaceful Home), where twenty-four girls from various caste, ethnicity and religion are living together in harmony, Photo by Subhash

At the same time, a completely different story is going on in Nepal. In Hetauda, a four hours drive from Kathmandu, a foster home called Shanta Ghar (Peaceful Home) for girls is run by Child Welfare Nepal. At present, twenty-two girls from five to 18 years are living together with four caregivers, and receiving formal education in nearby public schools. These girls come from all caste backgrounds including from so-called highest to lowest castes. In their routine, girls and caregivers from so-called lowest caste cook food for all, and we all eat together, which is not usually normal in society. One of the values expressively and sincerely practiced in the Shanta Ghar is to practice equal respect to all. No one cares, points out, or comments about the caste system, so none of the girls or caregivers at Shanta Ghar face caste issues. 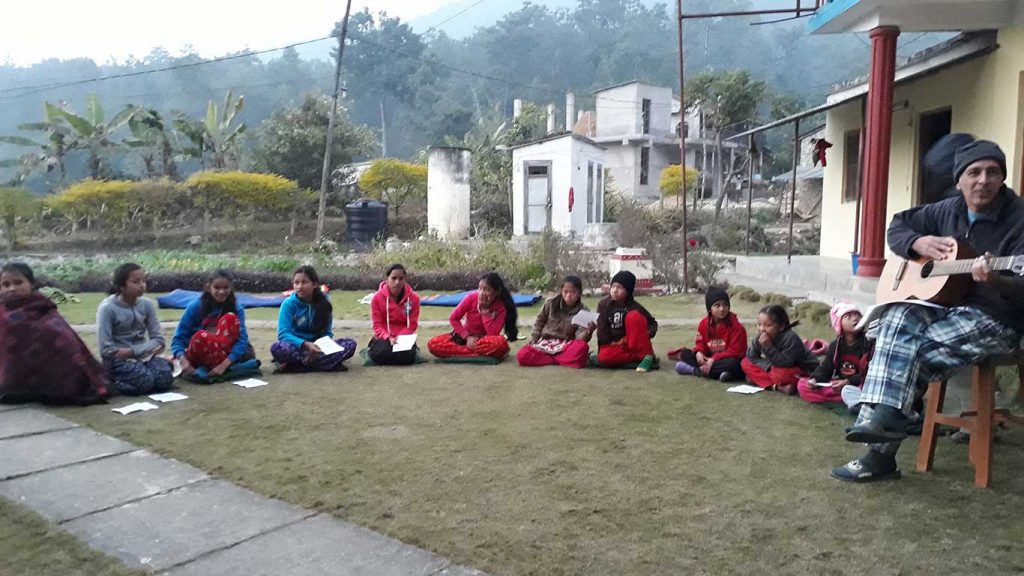 The Shanta Ghar team, including Subhash, firmly believe that the caste system is wrong. Therefore, we have been and will continue to put our efforts to eliminate this practice, as it is also a crime against humanity. For this, first, we have to practice in and around our families, and offer a model to the society to respect and value all lives equally. Non-discriminative love and care is fundamental for all of us at Shanta Ghar. 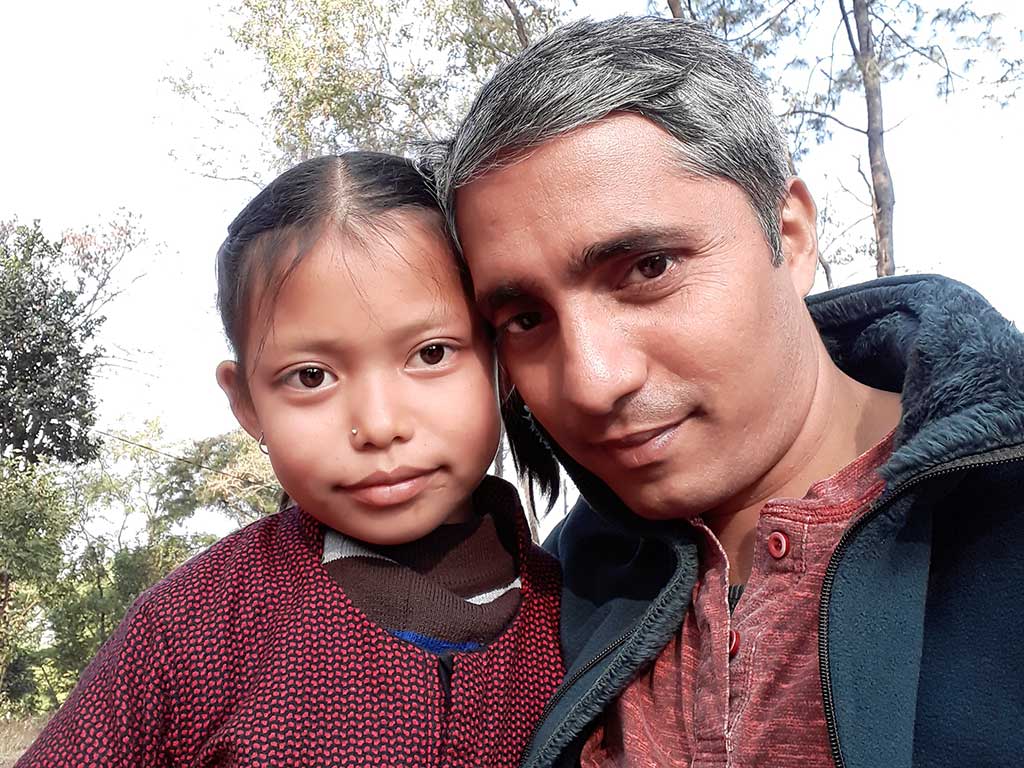 She is Pramila with Subhash. She lives in Shanta Ghar and studies in a public school nearby.Photo by Subhash