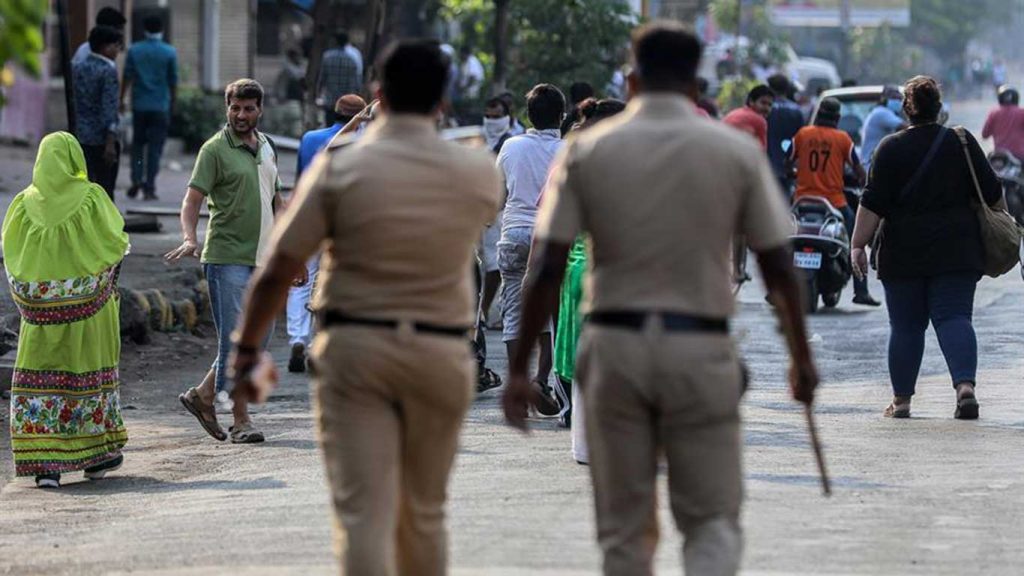 Over-policing in India is not the answer to COVID-19. The recent behaviour of police in India begs the question: is a punitive approach to a public health crisis necessary and warranted?Photo Credit: Divyakant Solanki/EFE/EPA

A global anti-militarist and pacifist network ‘War Resisters’ International’ (WRI) recently organized an international webinar on ‘Pandemic and Militarization.’ Participants from more than a dozen countries from every continent shared their experiences. As a member of the WRI executive committee, I was involved in organizing and participating in the webinar.

Pacifist and peace activist participants in the webinar were concerned about the militarized response to the COVID-19 by their government in their countries. Governments and politicians are using language of war to talk about the situation and response to that. You’ve probably heard it yourself, COVID is an “invasion”, a “hidden enemy,” support the “frontline” workers in the “battle” against COVID.

We also noticed that governments are allowing militaries to take over the role of civilian public health response. In Nepal, the government handed over the dealing and purchase of testing kits and medical supplies to the military. Militaries are building make-shift hospitals and quarantine centers. Globally, instead of ensuring proper and effective civilian public health response, governments are deploying military and armed forces. For example, a military unit was in charge of quarantine in Israeli city Beni-Braq and got involved in logistics like delivery of groceries to homes.

In many countries, prisoners are seriously mistreated and dehumanized. They are denied their basic rights. Prisons are heavily overcrowded compared to their capacity that exposes prisoners at high health risk. El Salvador is one such example. 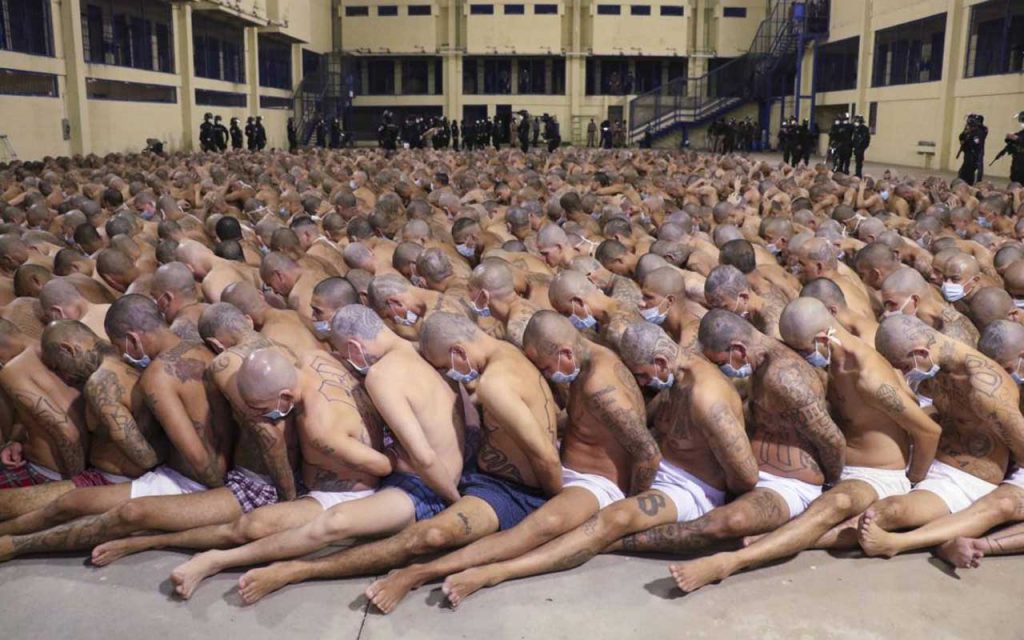 Inmates are lined up during a security operation under the watch of police at Izalco prison in San Salvador, El Salvador, on April 25, 2020. © 2020 El Salvador presidential press office via AP

Governments are becoming authoritarian. They are encroaching on basic freedoms in the name of response to the pandemic. There is a high risk that many of the measures taken now will remain effective permanently. Public surveillance via mobile phones has increased dramatically. This threatens individual privacy and significantly increases the risk of misusing personal information for other than COVID-19 issues now and in future.

The scenario is alarming because there is little chance to reverse these militarized systems. Military spending is hardly questioned, audited by the public institutions, or transparent. It is dangerous for public funds when the military is habitual in authorized huge amounts of unaudited money. Public freedom and democracy are at high risk when governments choose to introduce legislation in favor of the state armed forces at the expense of public health. This weakens and limits civil and political capacity of people and political parties in future.

Pacifist organizations and peace activists are coming together to explore how to deal with this situation, such as in this WRI webinar. How can we build collective resistance? What can we do as personal resistance? One example may be using social media and online forums to question military spending over health care spending. There is a huge amount of public discourse that highlights the fact that healthcare infrastructures are more important than wars and weapons.

Please share how this scenario is impacting your own society and country. What are we doing individually and collectively? How can we raise our voice and strengthen our resistance so that a civil, democratic, peaceful governance looking after the welfare and common good of the people becomes normal and possible?