Skip to content
Reconstruction of Houses and Communities in Honduras

Reconstruction of Houses and Communities in Honduras 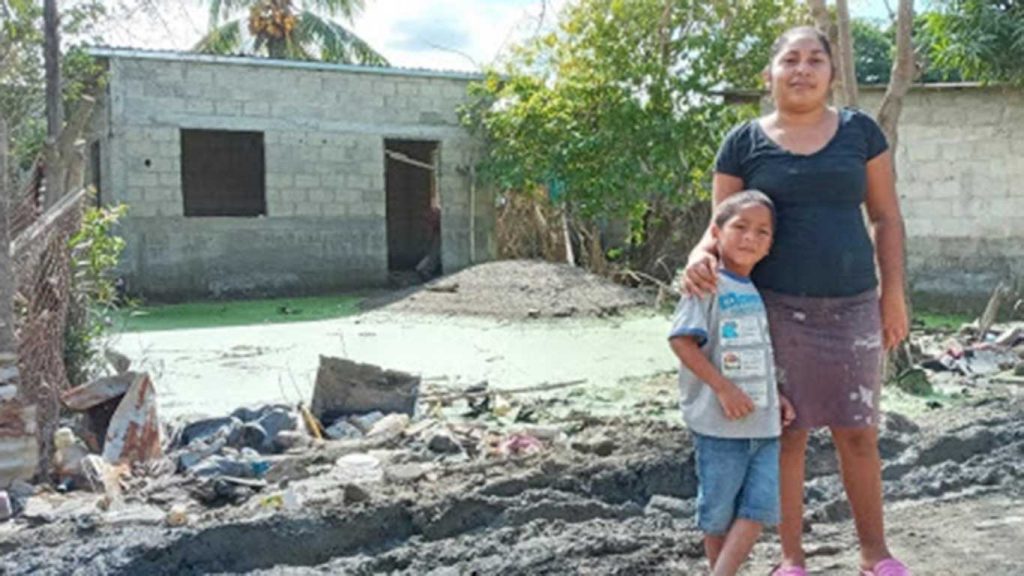 One month after the storm (late December), chaos is still latent on the streets of the community. 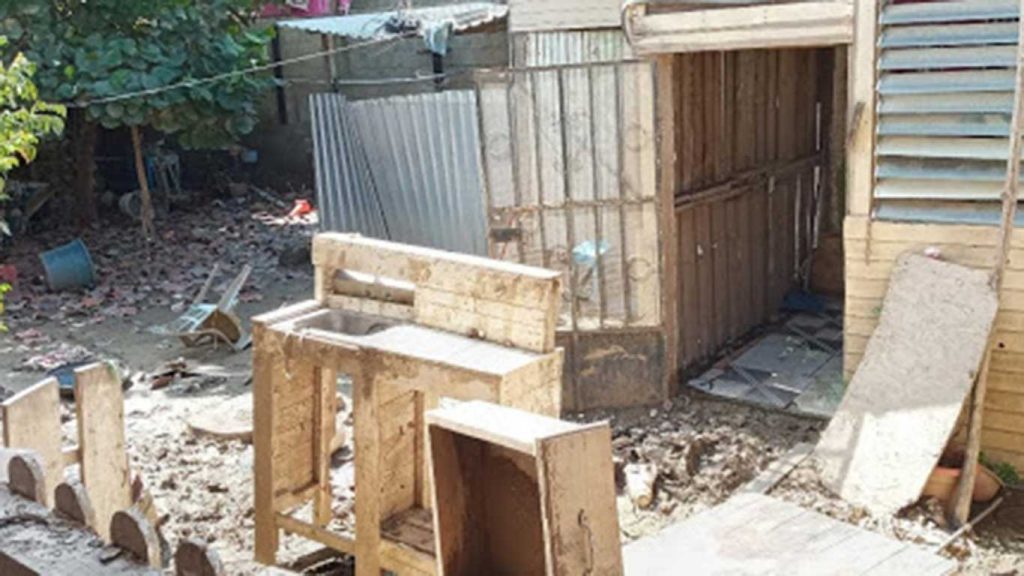 The Sustainable Peace project as a follow-up to the PAN/PAV project has been completed in its first phase. It consisted of the distribution of food, cleaning implements, and the reconstruction of houses damaged by hurricanes Eta and Iota in a sector of San Pedro Sula and in the city of La Ceiba. For this work, a team was formed made up of people from the Mennonite church: Marisol Cano, José Castillo, Juan José Chinchilla and other volunteers.

The year 2020 has surprised us with a series of unexpected challenges, starting the year with the Covid-19 pandemic that continues to impact us. In addition to this, in our country Honduras, we were also hit by two catastrophes left by the passage of storms Eta and Iota at the beginning of November 2020. These phenomena brought floods due to the overflowing of rivers, landslides, destruction of bridges and roads, loss of houses and crops; some people saved their lives by climbing to the roofs of their house where they remained for two days suffering from thirst and hunger, until the possibility of being rescued occurred. I feel very sorry that among these people was our fellow AVP facilitator Nelly Delcid with her elderly mother, to whom, in a gesture of solidarity, from the PAN PAV fund, a small donation of aid was sent. 37,000 people were placed in shelters and others were located in the median of the highways in tents made with sticks, boards, sheets and plastics

The department most affected was Cortes, more specifically the surroundings of the municipality of San Pedro Sula, where there are low-lying areas that were completely flooded on two consecutive occasions. People looked for shelters or shelters to take shelter as an immediate response to the situation they were experiencing, others improvised tent houses on the shores of the highway or under bridges, staying there for several weeks, some people still remain in these places. 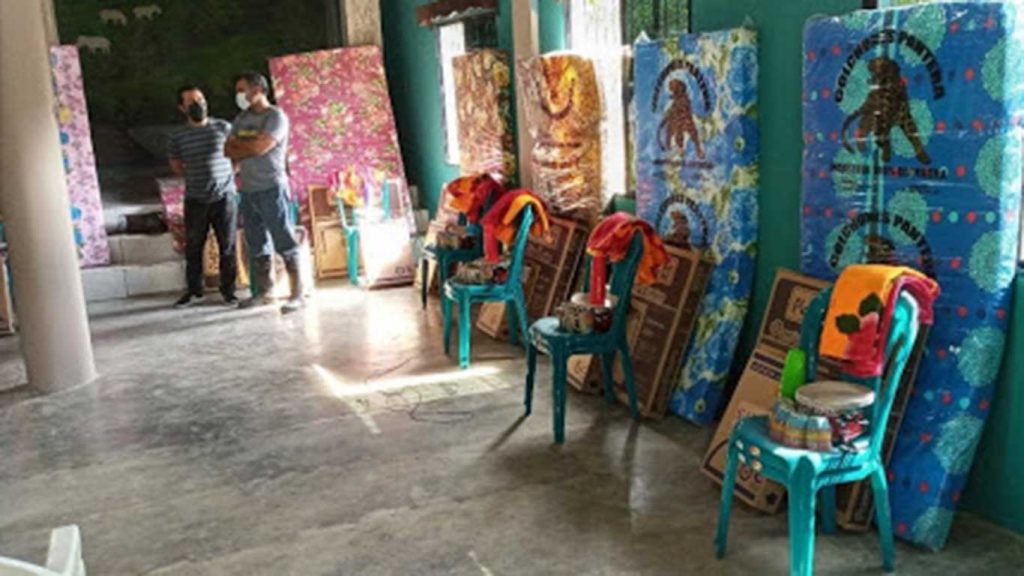 A mat, 2 blankets, a table, two chairs, a 2-burner stove, and kitchen set

As a Mennonite church, the church was opened to house and feed fifty families.  We were present in one of the affected areas and identified the population there that was supported with the funds received by the Sembrando Semillas de Paz (PAV) project, (channeled through the Peace and Justice Project of the Mennonite Church of Honduras). For this project, 13 families from Colonia 6 de Mayo were identified because they  had lost everything, leaving only the structure of their houses and the clothes they were wearing on their bodies.

Once the specific needs were identified, they proceeded to make the respective purchases of the most pressing for that moment, being their greatest urgency to have basic essential items to be able to move home: a small stove, basic kitchen items, table and chairs, mat , sheets and some food. In La Ceiba, four families were identified who had their roofs blown away by the winds. This was identical to seven families that live on the river bank. They expressed that their need was for food and they proceeded to provide them with basic baskets 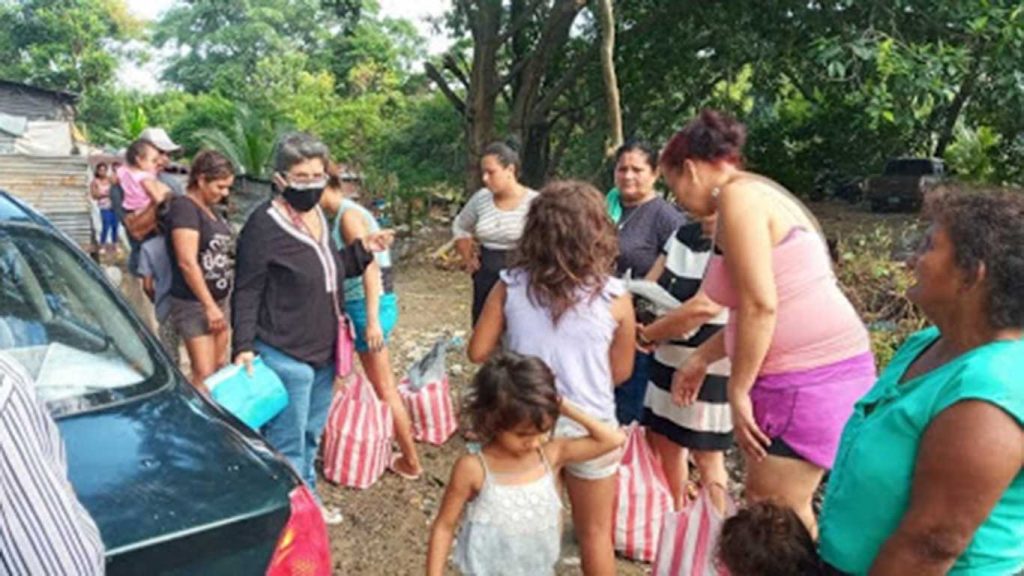 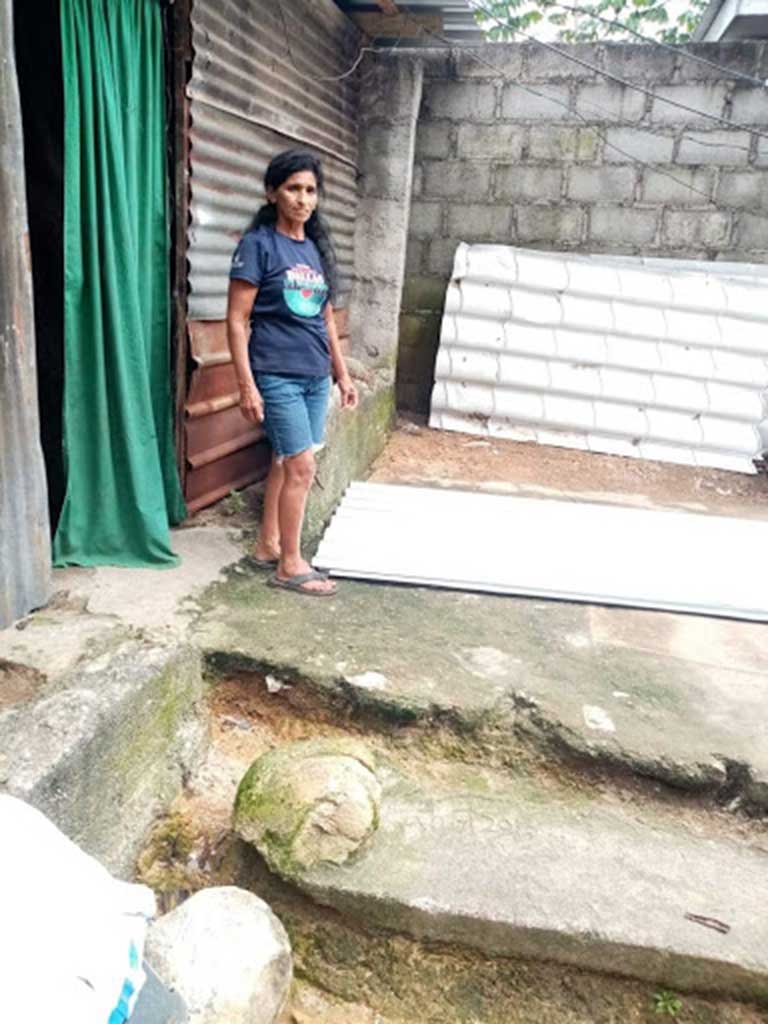 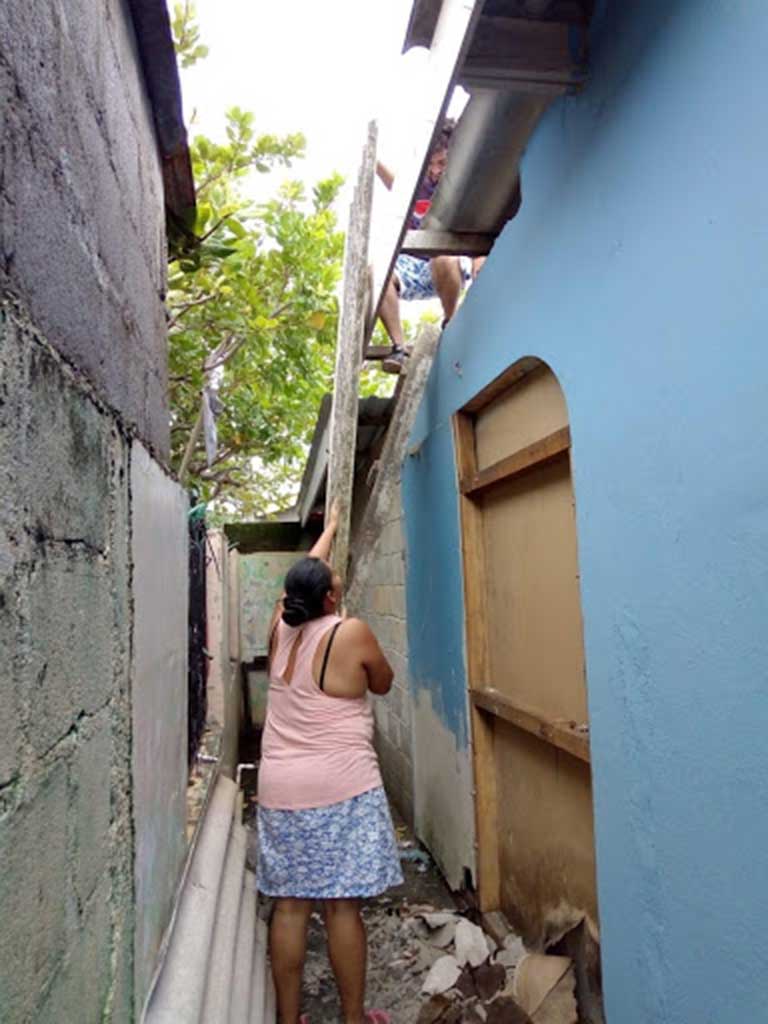 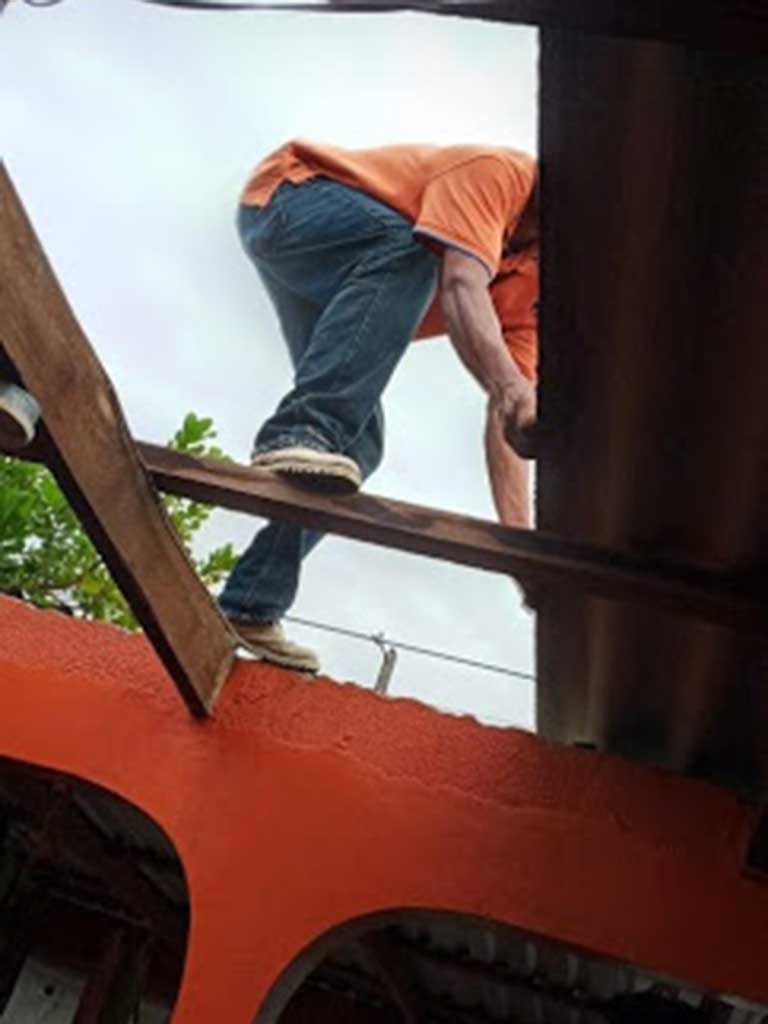 Reconstruction of houses and communities 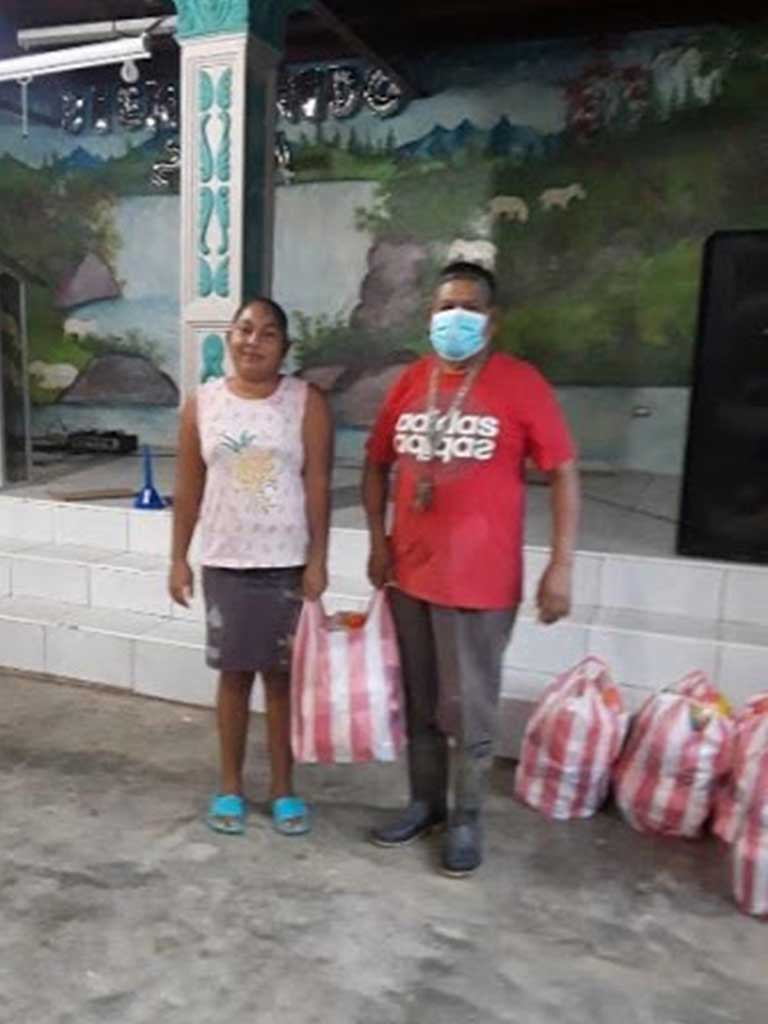 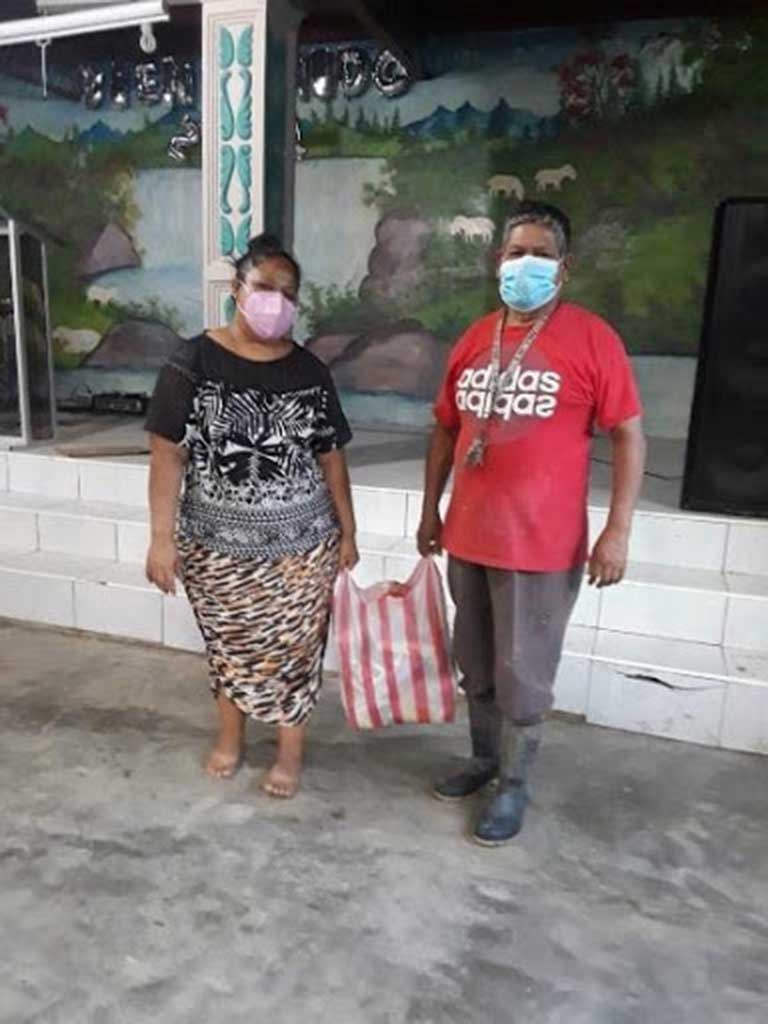 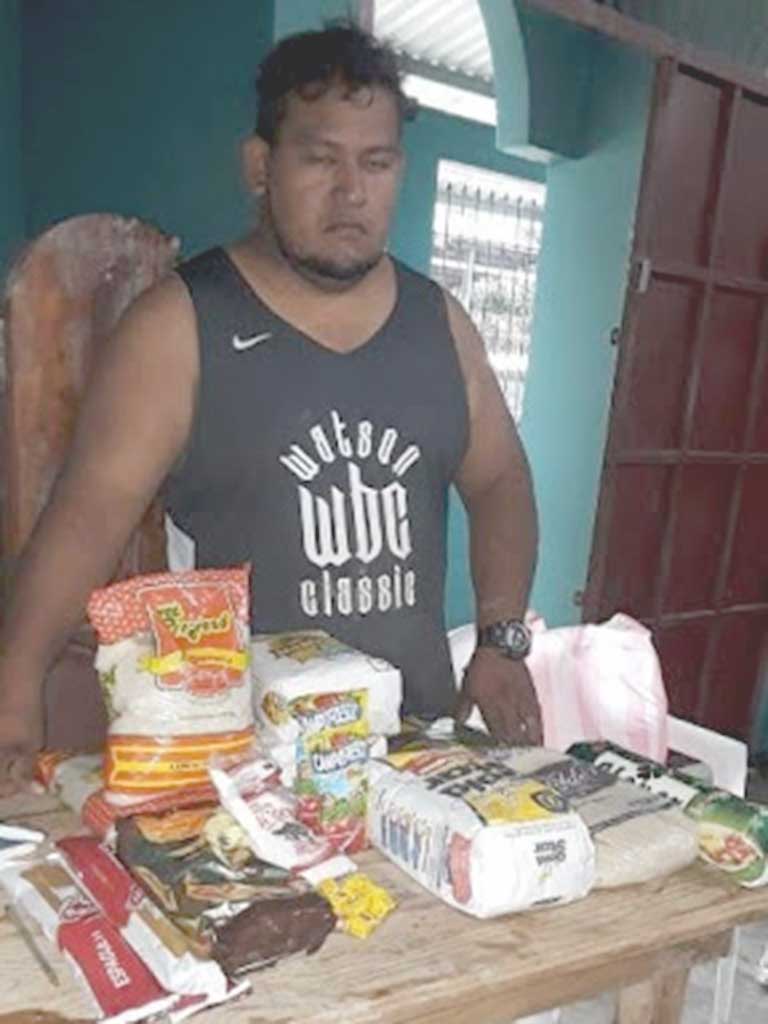 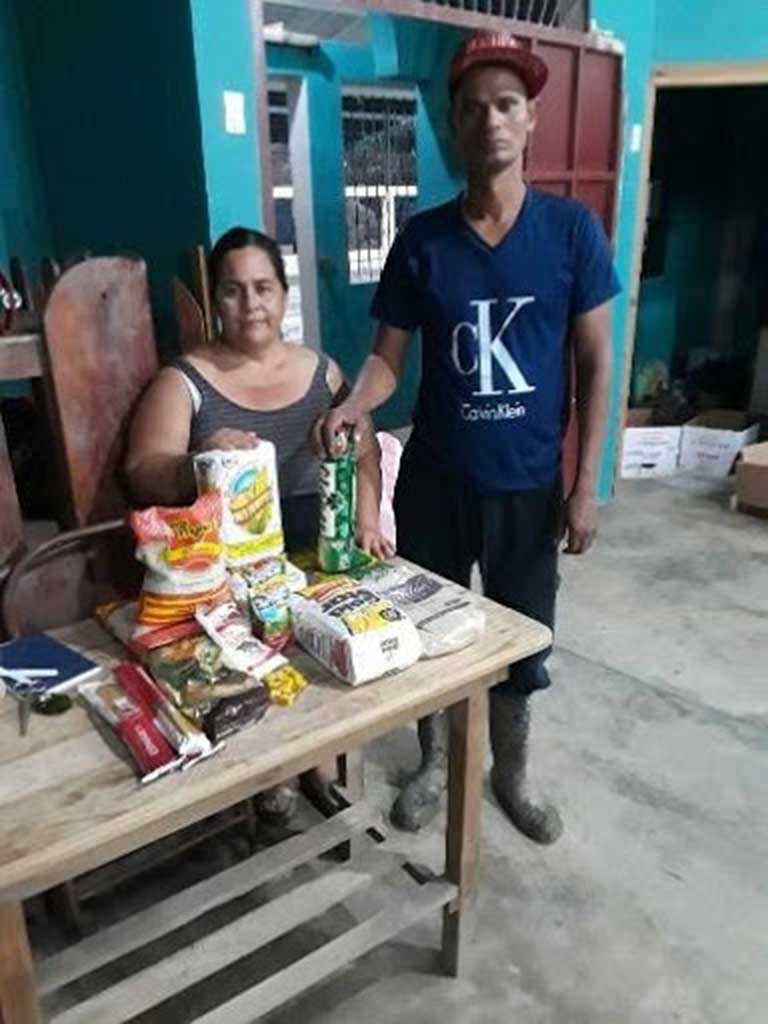 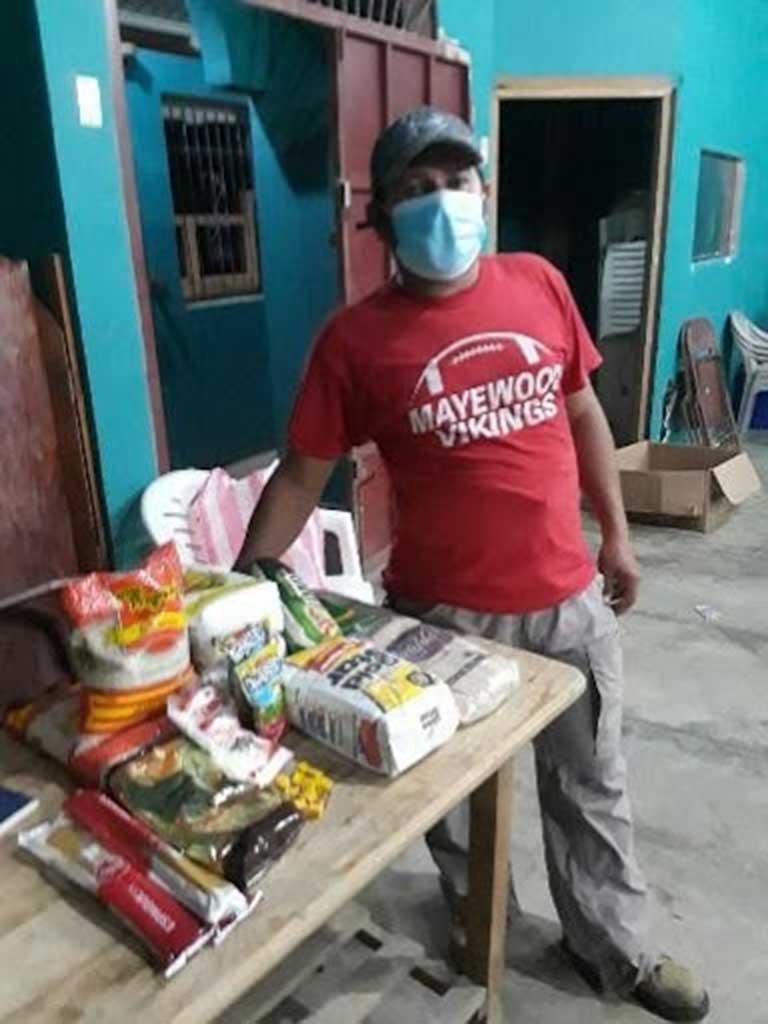 The families in the Cortes department, Sula sector, expressed themselves as follows:

Ingrid Turcios: My name is Ingrid Turcios, and I want to thank the AVP brothers and sisters for the support we have received in these difficult times. It has been a great blessing to receive the donation of a mat, stove, plastic table, two plastic chairs, four cups, four plates, two pots and two blankets plus a supply of basic grains. It was a great blessing for our family because we lost everything in the storms that flooded my community.

Zelaya Vega Family: We are extremely grateful to the people who have come together to support us in these difficult times that we are going through. The donation has been of great value and a great blessing because we lost everything, and when we returned home we had nothing but the clothes we were wearing, thank you very much for your valuable support. May God multiply your generosity.

Mencia Bubón Family: Thank you very much brothers and sisters. The Mencia Dubón family want to thank you for not leaving us alone in these difficult times that we are going through. Your donation has been a great joy for my family since we had to leave and return home empty-handed. Upon receiving your donation, we are encouraged to go home and start over because we had nothing, absolutely nothing to be able to return, thank you very much God Bless you. We are greatly grateful. God pay them.

In the city of La Ceiba

Maria Chinchilla. She is a single mother of six minor children, she survives from the informal economy, doing housework that comes out on a day-to-day basis. For several years he has lived in a house very close to the river, which a person gave him to live in. This person acquired the one acquired with a loan from the bank and by not paying the debt contracted, the bank demolished the house (destroyed) Faced with this unfortunate reality, Doña María, along with her children, went to live on the street where she improvised a little house with pieces of wood, cardboard and zinc sheets from the same destroyed house.  As the days went by, a person who learned about the case became responsible for the debt with the bank and gave the land to Doña María; again this lady rebuilt her house using the same material, storms Iota and Eta removed part of the roof of the house. The Sembrando Semillas de Paz project learned about the case and contributed zinc sheets to put the roof back on the house. Now doña María is very grateful for the support she has received from our Project.

Families on the river bank…

The situation of these families was investigated, finding six of them in a critical situation. The river flooded their precarious constructions with which they lost the few belongings; these families live on what they can obtain each day with informal jobs. The greatest need that was seen is the lack of food. The Sowing Seeds of Peace project shared with these families seven baskets of basic food; The possibility of supporting them with small projects for the sustainability of their families was also observed. In other parts of the city in La Ceiba, storms Eta and Iota removed the sheets from the roof of four dwelling houses. These families were supported in the reconstruction of their houses