Skip to content
Public Discourse on Nonviolent Economy Part 1: A Greed-Based Economy is Violent Both to Humans and to Nature 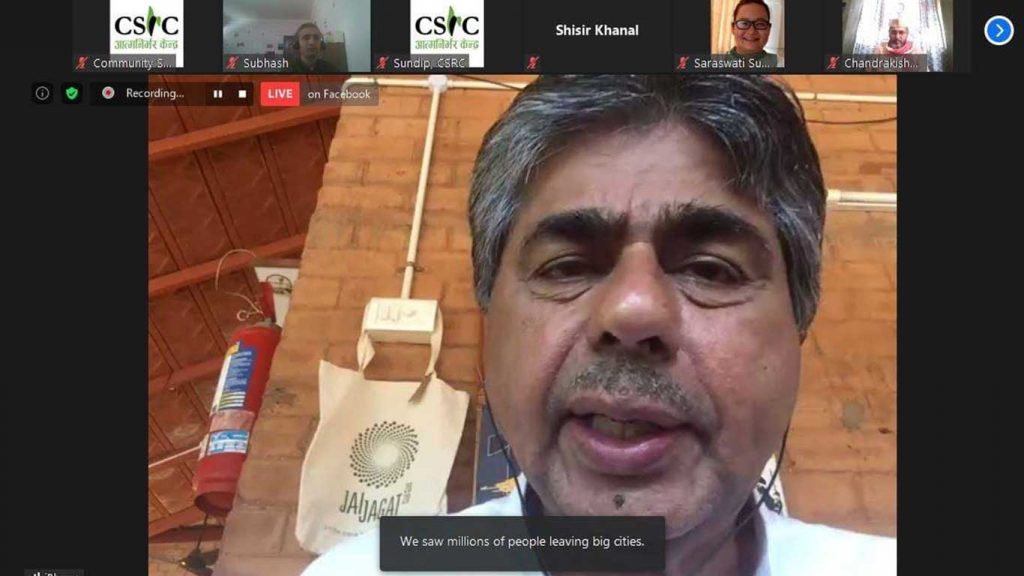 P. V. Rajagopal, India sharing views in the event. He was actively involved to convert dozens of dacoits (bandits) to nonviolent life in 1972. He has led several big movements in India. He is the main leader of Jai Jagat 2020

FPT-AWP friends in Nepal from CSRC and NLRF organized the first ever public virtual discourse on ‘Nonviolent Economy’ in Nepal on the occasion of International Day of Nonviolence on 2nd October. FPT-AWP Country Coordinator Subhash co-coordinated and moderated the discourse. This series recounts some of the important aspects of that discourse.

The COVID situation has clearly shown that the current economic system is not in favour of poor people. In India and Nepal, like in many other countries, hundreds of thousands of people from the cities walked hundreds of kilometers down highways to return to their villages. They were probably the first ones to lose their jobs. They could not depend on the city for their survival any longer. The urban system of economic exploitation and accumulation left with no option for living in the city; so the rural system of living wealth and generosity was taking in to keep them alive, if it could. That is why they walked back hungry and thirsty for several days, many of them carrying their babies, sick family members, and aged people on their backs.

Who were these people? They were the people whose access and control over their means of production in the villages were taken away in the name of development, driving them out of the villages. Economic pressures forced them to live in the slums of the cities. The economic system that did this is top-down and exclusive, founded on extraction and the exploitation of natural resources and humans for the benefit of the few. Therefore, it is violent to both Mother Earth and human beings.

We need to change this. That is why we talk about a Nonviolent Economy; one that functions from the bottom up, embraces all including the poor, and does not exploit nature or humans. People in different parts of the world are also calling it Social Solidarity Economy, Local Economy, Regenerative Economy, and so on. The main idea and objective is to transform the current violent economy to a nonviolent economy. 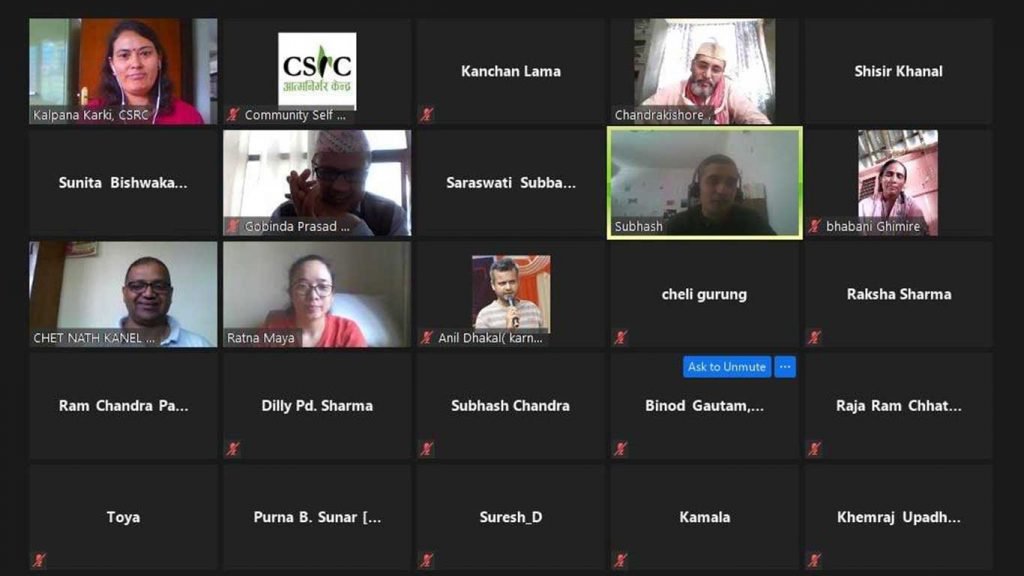 Gandhi held three important principles in terms of economy. First, when you make a decision, think about the last person in the society. When in doubt, think about the weakest, poorest person you have seen in your life, and ask yourself whether your action benefits and strengthens them or not. In the present economic system, the last persons are forced to live in inhuman places like slums. At their expense, a few others become millionaires and billionaires. So, the current economic system does not care for the poorest people.

Second, when you make a decision, think about greed and need. He said- there is enough for everyone’s need, not enough for anybody’s greed. If greed-based development continues, people struggling to fulfill basic needs will suffer even more. The purpose of the government should be to facilitate the conflict between greed and need, between powerful and weak, and support the weak ones. But unfortunately, whether in America, India, or Nepal, governments support the rich and powerful. We have been unable to elect a government that works for the poor, creating a needs-based rather than a greed-based economy.

Third, when you make a decision, think about production by the masses, not mass production. The economy needs to provide work for everyone’s hands, giving everyone the opportunity to live a joyful life by using their labor for their own welfare, not serving a factor owner.

We cannot remain satisfied with factories that supply unhealthy food and products so we can work hard to purchase these products.

If we allow powerful, rich people to take all the land and other natural resources, where will the poor and weak people farm and grow their food? So our struggle is to distribute access and control over natural resources and the means of living- land, water, and forests- to poor people, not companies or multinational corporations.

When rural people’s access and control over natural resources is snatched and they are pushed to live in cities under inhuman conditions- what kind of development model is this? We have no more doubt, even more so in this time of a global pandemic, that this economic model cannot and should not go any further. We must change it.

Gandhi said- produce in villages what villagers can produce themselves. Produce in factories only those things that cannot be produced by villagers. When a few companies produce everything for us, we become only consumers. We must change this.