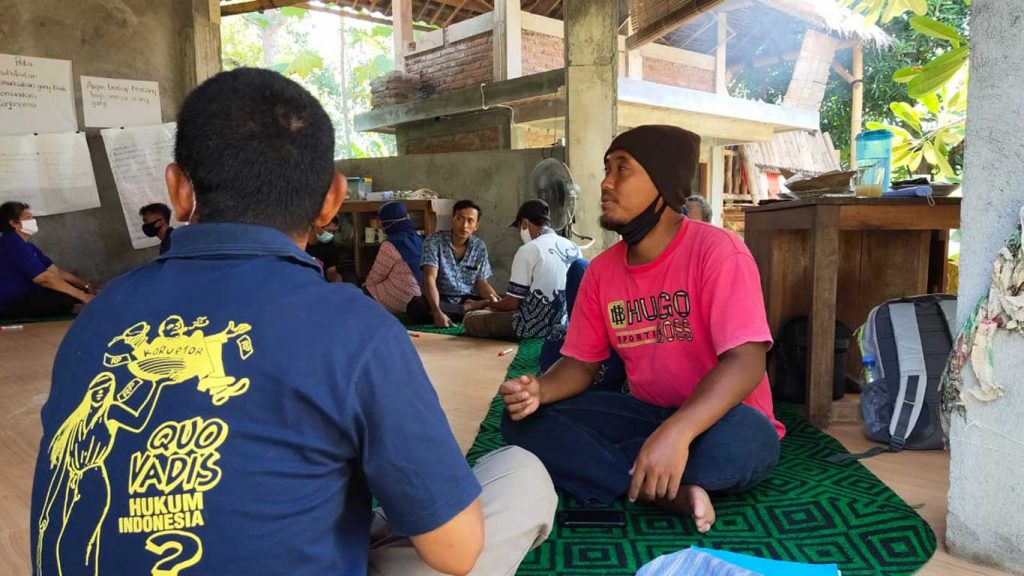 Pati Regency is located on the north coast of Java Island and in the eastern part of Central Java Province. It’s area of 150,368 ha consisting of 21 sub-districts, 406 villages. With a population of around 1,265,664 people. The landscape of Pati is very rich, in line with the slogan of Pati district as “Bumi Mina Tani” (Pati area is an agricultural and fishery area. In the south, the karst mountains are called the Kendeng Mountains. In the north, it is directly bordered by the Java Sea.

Like what happen in Kendeng Mountains. The government does not strictly implement the policy of protecting the karst landscape in the Kendeng Mountains. In 2006 Farmers had canceled the permit to establish a cement factory in the Sukolilo area through a court decision, but in 2010 the government gave permission to a different cement company in the Tambakromo about 20 km from Sukolilo.

Traditional fishermen have different problems, they have to deal with large boats using non-environmentally friendly fishing gear entering the catch zone of traditional fishermen, industrial waste problems, silting estuaries due to erosion caused by loss of forests in the upstream part of the mountains which are converted into plantation. Many community conflicts are also triggered by conditions of injustice, especially the management of government projects which are considered only to be enjoyed by those close to power. The public sees many cases of corruption, buying positions, buying votes in elections on the grounds of compensation for work so that people think that corruption is normal.

Those situation aroused the awareness of some citizen activists. They together to make forum named Legal Concern Community Forum. They learn and support each other to make strategic planning and advocating their movement to against injustice.

On November 11 to 12, accompanied by YAPHI, which is a non-governmental organization working in the field of law that has concerns about the realization of justice for every Indonesian citizen they held capacity building taken place in Peace Place Pati. Themes of the activity is Active Non-Violence Conflict Resolution. One session are given to Peace Place. We offer 2.5 hours session on: Friendship to Good Listening. Participants felt that what was being trained was very useful and very helpful for them in taking action, especially in building a movement to realize justice in society.

Sholeh (a young man who against cement factory in Kendeng by organizing youths to manage a cave in the Kendeng mountains as a tourist destination) said that after the training he wanted to practice how to do justice to everyone and learn to listen to others by not always making decisions independently to reduce conflict in his group.

Abdul Salam (Abdul Amanah, who lives in the same village with Sholeh) said that he wanted to practice how to manage emotions, daily activities related to the community require the ability to control emotions and that was trained during the training yesterday.

Musri (woman informal leader in the Karangawen village, she lead religious activities in her village) said that she received new insights about positive thinking that could be practiced and especially practice it with her family and with people close to her. For her, the first thing to practice is to listen to others, not be selfish and not dominate.

Sri Sopan said that he was very happy with the material and how to act and behave well to everyone. 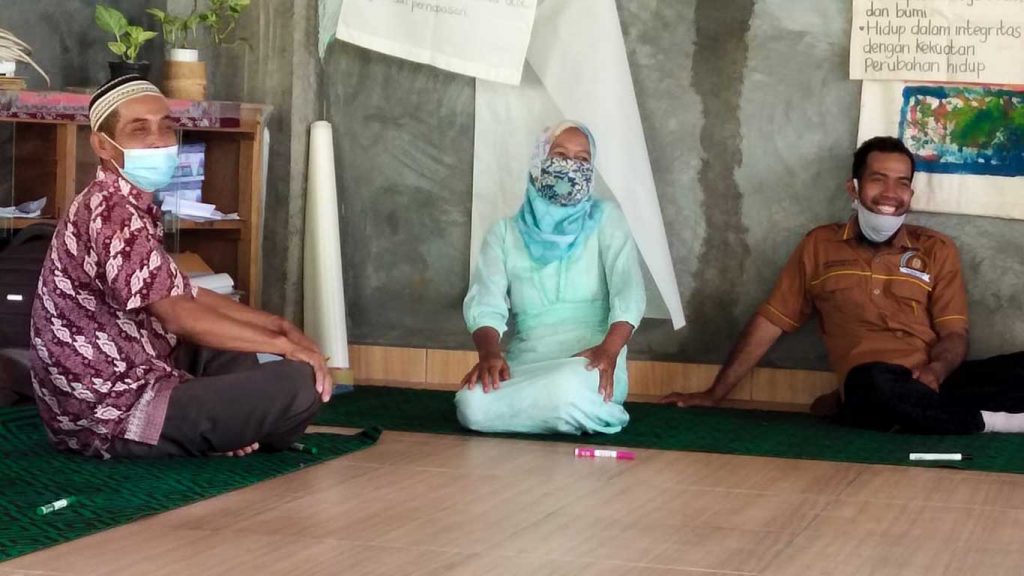 Warso Wicaksono, member of the Village Representative from Kedung Winong, they against construction of high voltage electricity passing through residential areas without involving residents) said that if there was training he wanted to participate again and asked his wife to be invited too.
Cipto Cinta, the only Christian living in the Moslem village in Porang Paring Sukolilo, said he was very happy with the material and said how he could live a life of light in his village and felt that he still needed a lot of practice. He was very impressed with the point of AVP approach about acting as a teacher and student and how to be a companion by being a good listener. He got new insights and also got new siblings, the training atmosphere was able to build brotherhood and make him more familiar.

Selamet Seger Waras, from Sukolilo village who has struggled to speak out for the sustainability of the Kendeng mountains since 2006 by rejecting the plan to establish a cement factory in the Kendeng mountains, said that the material is very good and there needs to be continuity to train it, he wants to practice being true really sincere in doing any action, train to act on the basis of self-volunteering.

For Lutfi Lancar, a member of the traditional fishermen group in the village of Keboromo, said that he was very impressed by the points of cooperative agreement, especially how to train to use as needed and share the rest fairly. This principle is now felt very difficult to find, people always feel that they are not enough. Lutfi is also increasingly confident to speak sufficiently without fear of being wrong.

These are some of the impressions conveyed by paralegal activists who want to fight for justice in the Pati area, especially around the Kendeng mountain area and the north coast of Pati. 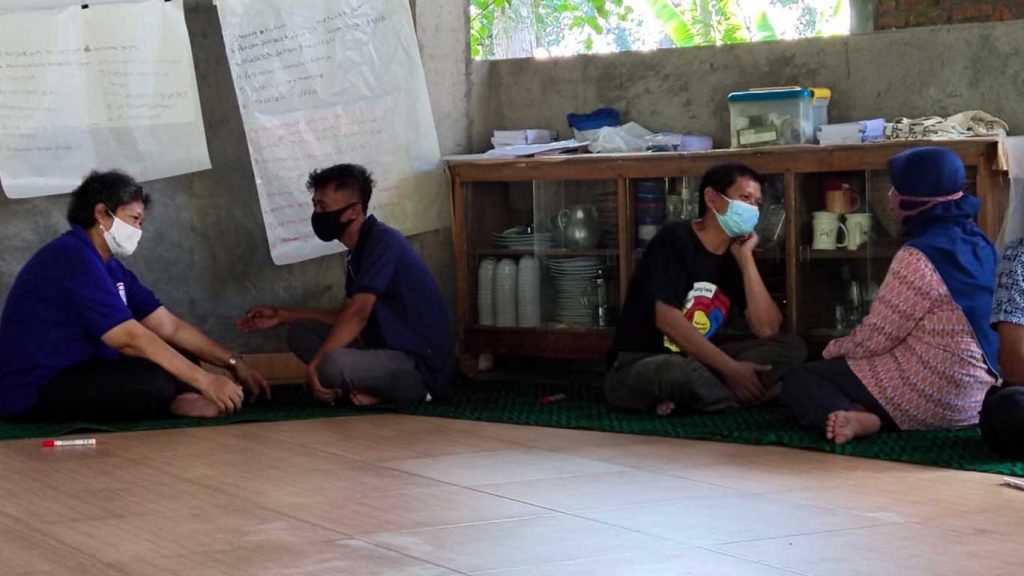