After the International Peace Training, Legiani (Ani) with her sister, Legiatik (Egi), who both completed their Bachelors of Early Childhood Education with the support of the FPT scholarship, began to actively carry out the movement to build peace through training for elementary and junior high school children in Aman Damai Village, Langkat North Sumatra, Indonesia.

They offered a training on February 10, 2019 attended by 21 Junior High School students with the theme Introduction. This training takes 140 minutes, starting from 3:00-5:20pm.

Children said that this activity was fun and made them happy and curious for the next activity. This further made Ani and Egi enthusiastic because they were happy to see the children laughing freely and were moved to hear their reflections.

During the activity to discuss the Common Agreements, Akbar said that to study politely he suggested that we wear polite clothes during the activity. For Akbar polite is one of the actions to make peace with oneself and the environment. The proposal was agreed by his friends.

On his reflection, Hapis said the opening session where we say our name and “I am happy about myself when…” was difficult for him, because he had never thought about his kindness. Hapis could only see it after he heard a friend talk about his kindness.

Bintang said she enjoyed the Blanket Game when she could say her friend’s name and affirmation. This activity made her laugh loudly. Sika was very happy and relieved when she was able to remember almost all of her friends’ affirmation names, because this was an interesting and new experience for her. Gita enjoyed with the Big Wind Blows even though she was afraid when she had to lead, because she was afraid to talk and felt very nervous. It was new to speak in front of other people. The activity ended by singing “Hula Hulahe” Song. 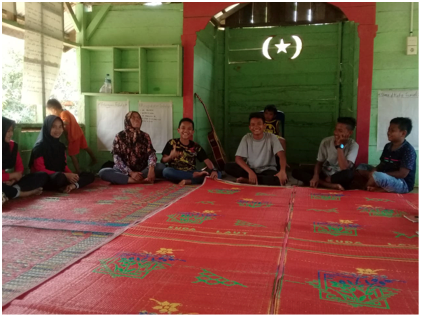 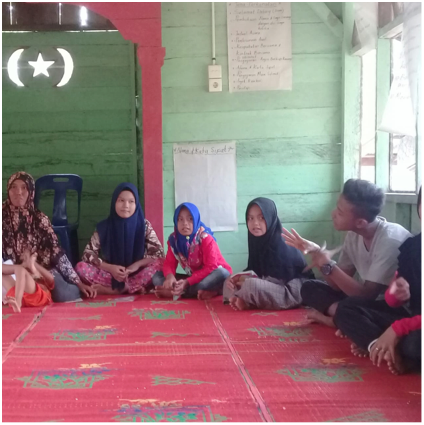