Using Power of Goodness Stories in Schools in Chechnya

by Rustam Musaev and Chris Hunter 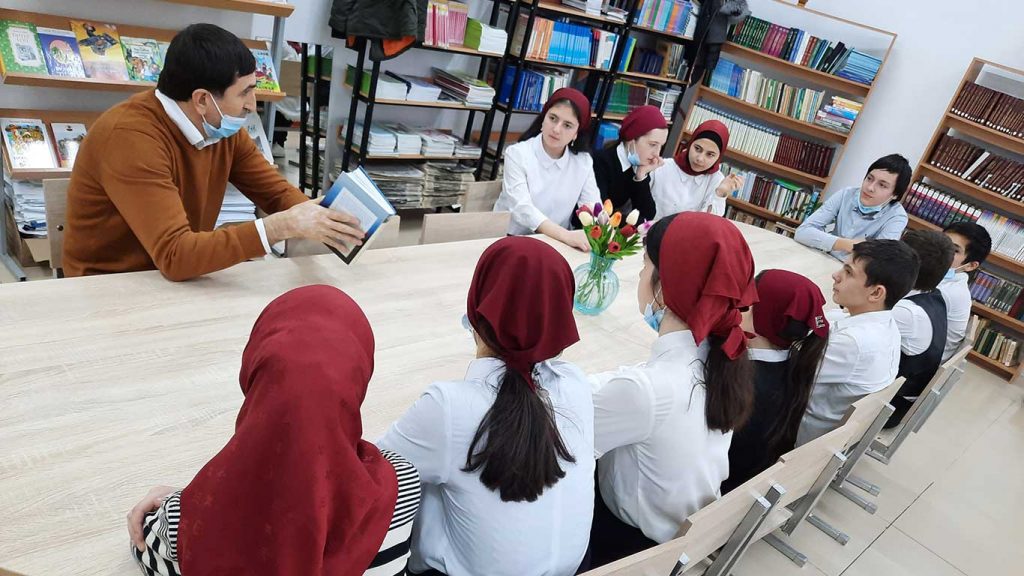 Reading the ‘Jelly Beans’ Power of Goodness story with school children at School No.9 in Grozny (by Seda Magomaeva)

We continue to share Power of Goodness stories with students in schools and other educational institutions of Chechnya. A new boy, Apti, arrived recently in Grozny from Syria and attends school No. 9 in Grozny. He is Chechen by nationality. His parents left with their children to Syria for work before the fighting began there when Apti was very young. Arriving recently back in Chechnya, Apti speaks neither Russian nor Chechen. He only used Arabic in Syria. This creates many problems in communication between him and his teachers and the other children, making it very hard for him to adapt to life in his country of origin.

Apti, at a young age, saw all the horrors of the war in Syria. His parents had already witnessed the devastation and cruelty of war in Chechnya. They grew up in Grozny in the 1990s when the city was decimated by Russian bombs and artillery. The family returned to the relative peace of contemporary Chechnya, but where armed skirmishes still break out regularly, making it hard to recover from the traumas of the past.

A classroom teacher, who had taken our training for teachers, joined the Power of Goodness team with the aim of encouraging Apti to engage and communicate with his classmates and bring the class together. Apti was pleasantly surprised when the Power of Goodness events included simple activities to get to know each other and play, and Rustam spoke with him in English. All the children took turns reading a paragraph from the story “Jelly Beans.” When Apti’s turn came, he sadly said he could not read. Then Rustam invited him to read the paragraph in English, which he did with delight. 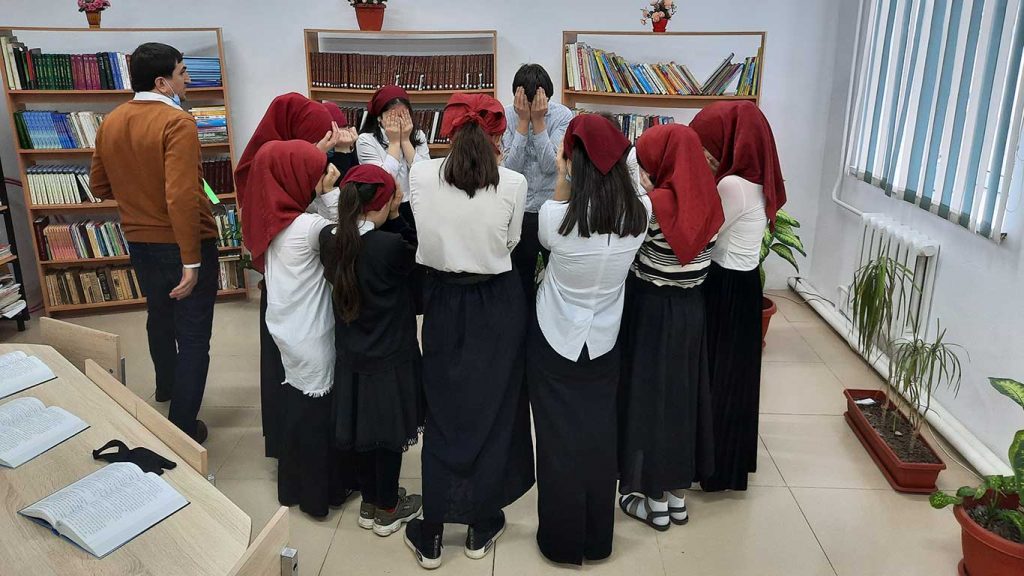 A game during a Power of Goodness session with school children at School No.9 in Grozny (by Seda Magoaeva)

After reading the story, we discussed the behaviour of the characters and what the children would do in such a situation. Most of all we were surprised that Apti gradually began to express his ideas and reactions to the story. At the end of the session we played a few games in which Apti was involved as one of the main characters. As he said at the end during the reflection, Apti had been very worried and afraid that he would not be understood, but after he read the story without fear and saw that he was being listened to and understood, he became more confident with his classmates. He started tentatively to speak in basic Russian.

After our class ended, Rustam spoke with the teacher. She recounted how surprised she was at how happy the children were to read and how involved they became in the stories. She noted how powerful the Power of Goodness stories were in enabling the children to open up and communicate freely. She saw how the stories broadened the horizons of the children’s knowledge, introducing people of different nationalities who shared a common faith in goodness. She was also pleasantly surprised at how her pupil Apti, who had come from Syria, had discovered that one story had allowed him to overcome his insecurities and barriers.

We plan further training for teachers at this school in using Power of Goodness stories with children, as well as continuing our direct sessions with the students. 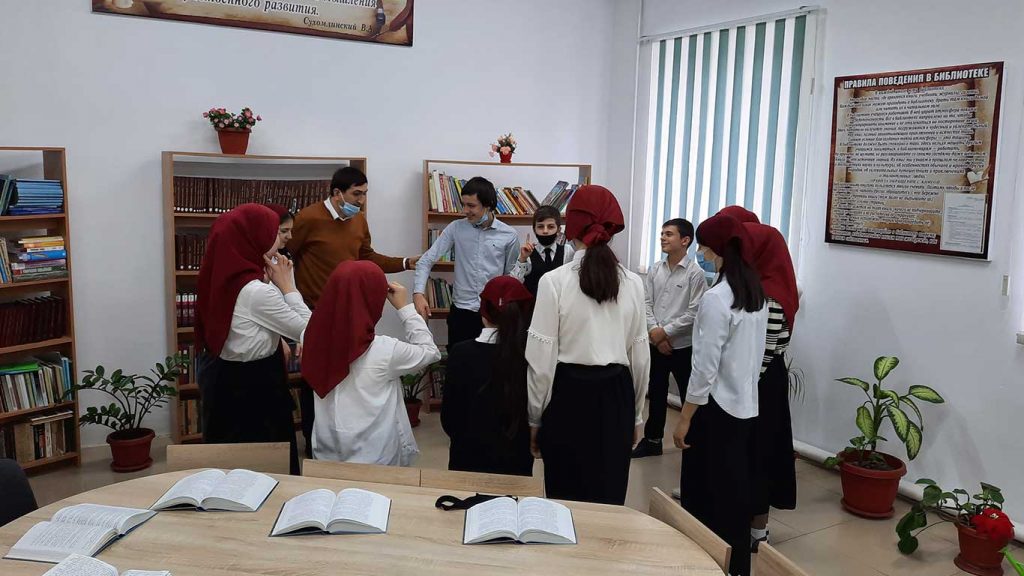 Playing the game “Boss” with school children at School No.9 in Grozny (by Seda Magoaeva)