People of Barak Induk Once Again Under Attack

People of Barak Induk Once
Again Under Attack 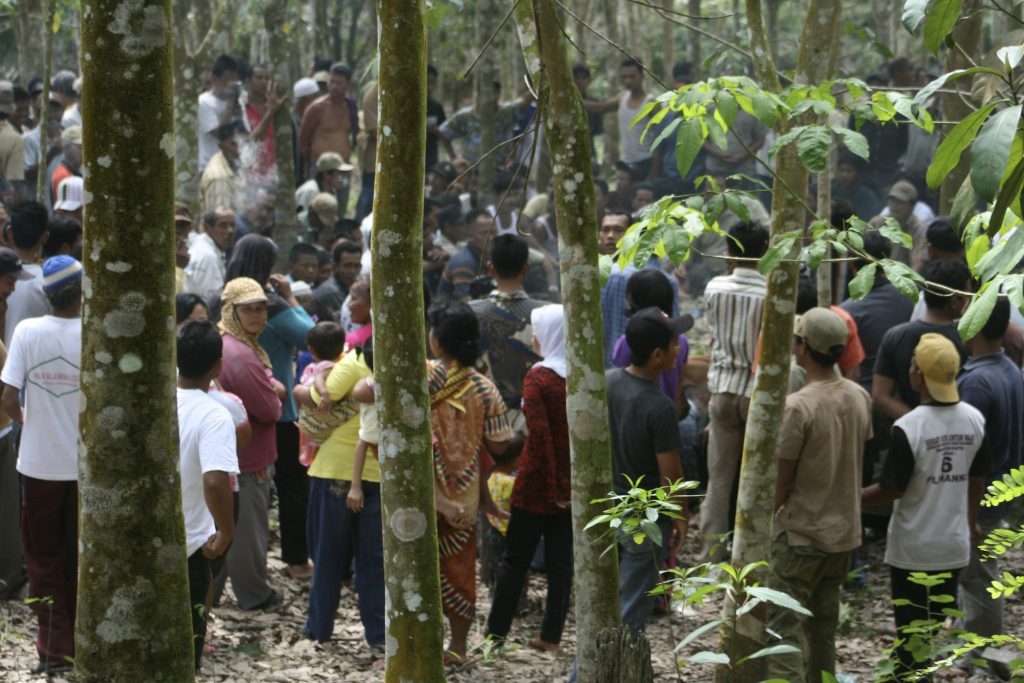 The people of Barak Induk, North Sumatra are once again under attack by officials trying to drive them off the land where they have lived and worked for fifteen years. These officials are the same ones depicted on the film The Act of Killing.

In 2000, they were driven out of Aceh by the war. After the Peace Accord in 2005, their status as displaced people was supposed to be resolved, but a decade later officials confiscated their trucks on the way to the rubber factory along with tons of latex under the claim that it was produced in the Leuser Mountain National Forest.

I told the people, every time someone says ‘national forest’ they should raise their hand and say ‘without any trees’! See the picture below of the land when they arrived. It was logged in the 1970s following the 1965 US-orchestrated coup d’etat and the underbrush cleared to plant oil palm just before they arrived.

In the past fifteen years, they have built homes, schools, community reading room and health clinic and planted rubber and other hardwood trees. The government cannot wait fifteen years of productive labor before evicting them! This is not right!

Write to Dianto Bachriadi, National Commission on Human Rights, Republic of Indonesia, dianto.bachriadi@gmail.com to implore them to act immediately to protect the people of Barak Induk’s right to enjoy the fruits of their labor! Poor people can only stand up to the rich for so long when their livelihoods are withheld. Action is needed immediately!

Please do not buy foods, cosmetics or bio-fuels containing palm oil or lumber from Indonesia or Malaysia. Please spread the word to others. We need you to post and share this with as many people as possible.

Thank you for you action,
Nadine Hoover 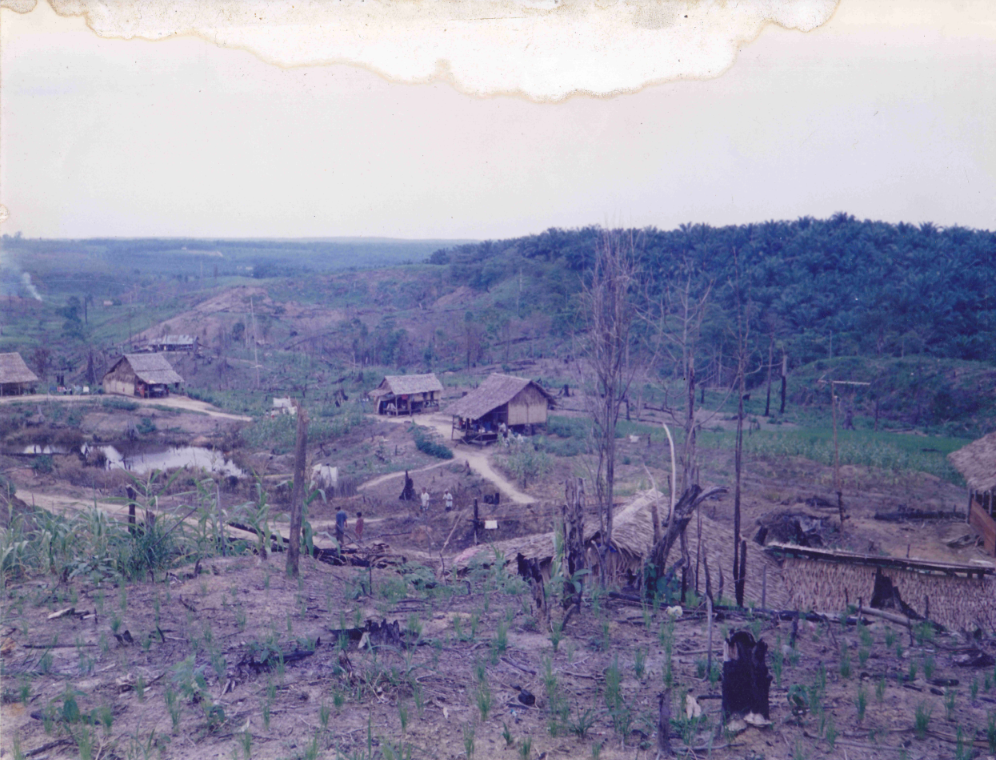 Barak Induk, Sei Lepan, Langkat, North Sumatra, Indonesia. People were displaced by the war in Aceh onto this land in 2000 Although officials claim they occupied ‘the national forest’, the only trees in sight are oil palm on the right planted by the local palm plantation. After fifteen years of cultivation, officials want to claim the people’s rubber fields for themselves. 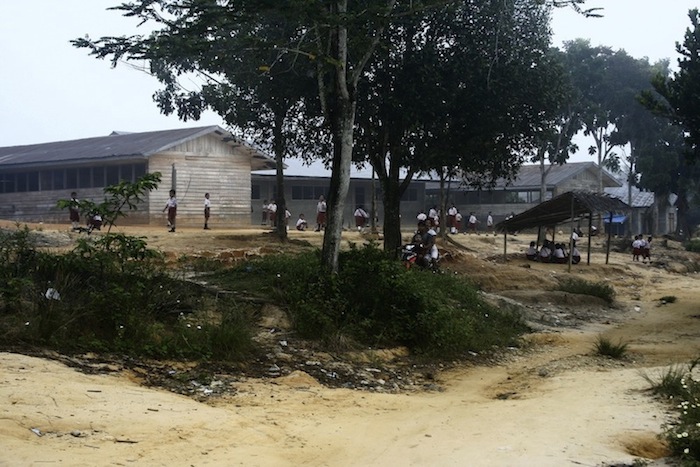 Barak Induk, Sei Lepan, Langkat, North Sumatra, Indonesia is now home to an elementary school (above) as well as a preschool and junior high school. 2014

Subject: A concern for the people of Barak Induk

I write to you with concern for the people of Barak Induk, Sei Lapan, Langkat, North Sumatra. I understand that they are being harassed by officials trying to drive them off the land where they have lived and worked for fifteen years.

In 2000, these people, driven by war, settled in their present location. After the Peace Accord of 2005, their status as displaced people was supposed to have been resolved, but this year officials confiscated their trucks on the way to the rubber factory, along with tons of latex that they had produced, under the claim that it was produced in the Leuser Mountain National Forest.

It is my understanding that the Leuser Mountain National Forest was not a forest at all when the people of Barak Induk arrived in the area. It had been cleared for the planting of oil palm. In the past fifteen years, the people of Barak Induk have made it into the forest that it is today, planting rubber and other hardwood trees. They have also built homes, schools, a community reading room and a health clinic. The Indonesian government cannot fairly allow a people fifteen years of productive labor just to evict them from land that they have improved and made productive!

These are people whose right to the necessities of life must be honored. If it is wealthy corporations who want their land, it is the responsibility of the Indonesian government to protect the people of Barak Induk from economic interests constituted only to seek profits and not to care whether lives are destroyed.

Please act now to preserve the rights of the people of Baruk Induk. Thank you for attending to this with all possible speed.