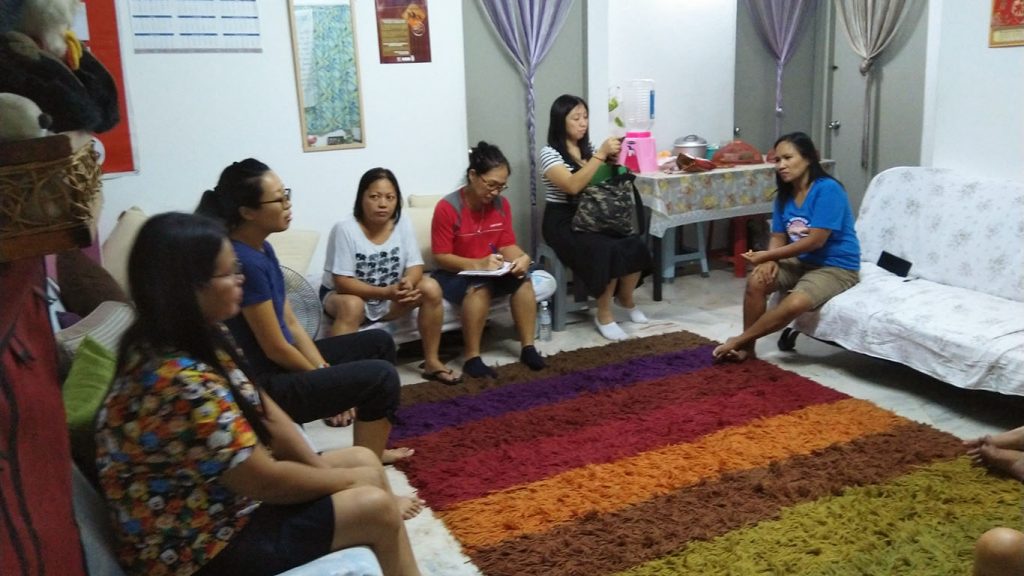 As of December 2017, there are 56,000 Overseas Foreign Filipino Workers (OFW) in Malaysia. A good number of them go for domestic work. For almost five years, domestic workers have been organizing themselves into a group called the Association of Nationalist Migrant Filipino Workers Overseas (AMMPO). The group focused on giving support and training to the Filipino migrant community in Malaysia and is recognized by the Malaysian government and the International Labor Organization.

Kins has regularly visited Liezl, one of their coordinators, since 2018. Finally, they managed to hold a mini-workshop on Creating Cultures of Peace (an AVP taster for peace workers). Six AMMPO leadership joined the workshop. Since everyone worked until 5:00 pm on Saturday, it began at 6:00 pm. They are only free Saturday evening and Sunday.

It took us awhile to start. The leaders were very curious about how to truly stop without thinking of their many concerns in life. However, when we actually began, they appreciated the value of stopping. In the workshop, they very much liked the road map and the cooperative agreements. They promised to hang it on the wall of the AMPPO headquarters and post it on their walls at home. They also liked the games. They invited Melanie to join them for further peace practices.

Most of the domestic workers only have one day off weekly. Most of them are officially off Saturday evening, but go back to their employers every Sunday evening. Some workers’ mobility was also restricted because of the Corona virus. Their concern and care for the welfare of the children they care for made them become very vigilant in following sanitation protocols. 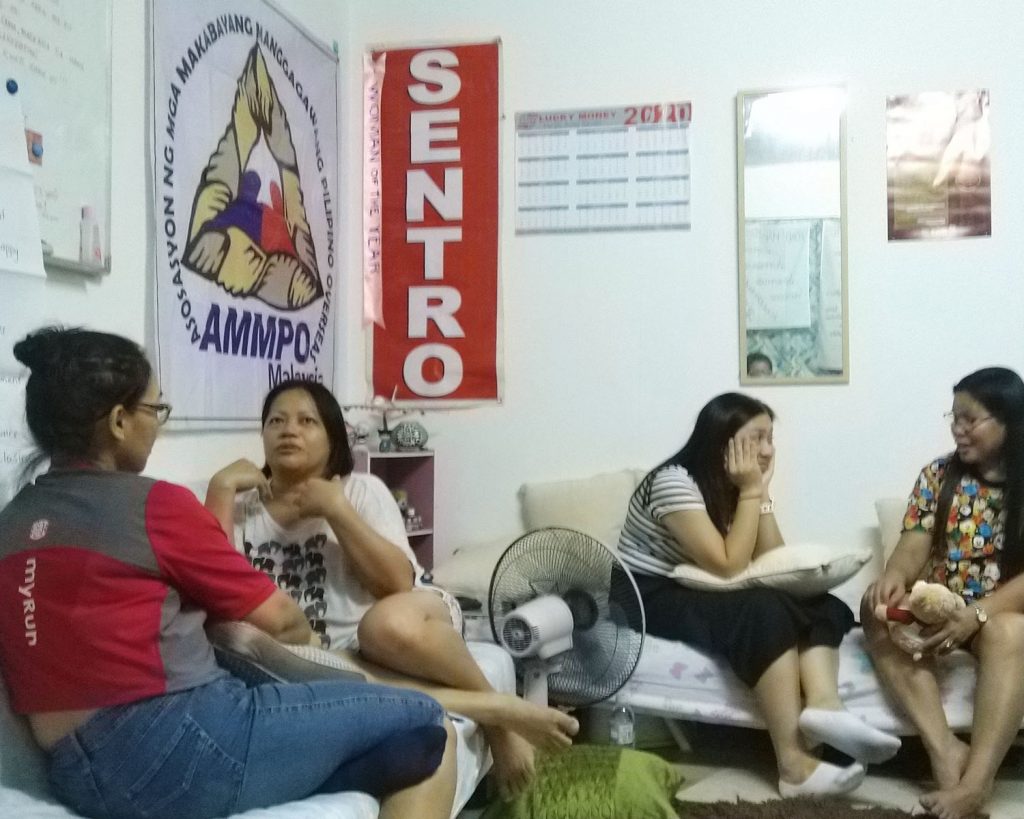