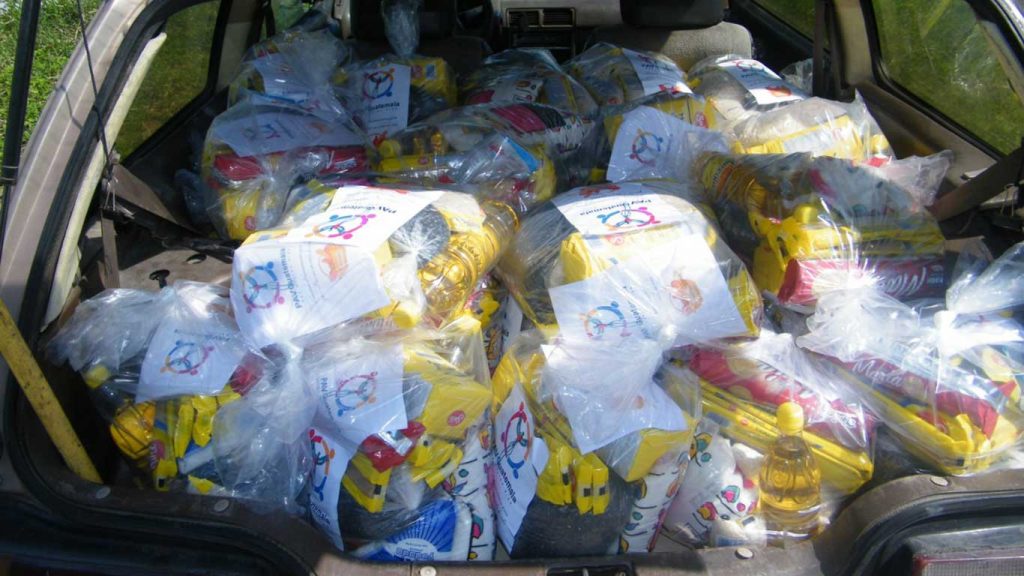 The Peacebuilding en las Américas (PLA) Peace Baskets Project (PAN PAV) is successfully underway in all five countries where PLA works: Honduras, Guatemala, El Salvador, Colombia and Ecuador. The project was designed and proposed by national partners to address the multiple pandemics they are facing. Covid 19 is accompanied by what partners call a hunger-violence pandemic. Violence has increased not only in the domestic sphere but also in the public sphere as States implement increasingly militarized approaches to the public health crises. There is hunger for food, for peace, for hope. The Peace Baskets aims to fill these hungers, offering a light in the midst of many shadows. 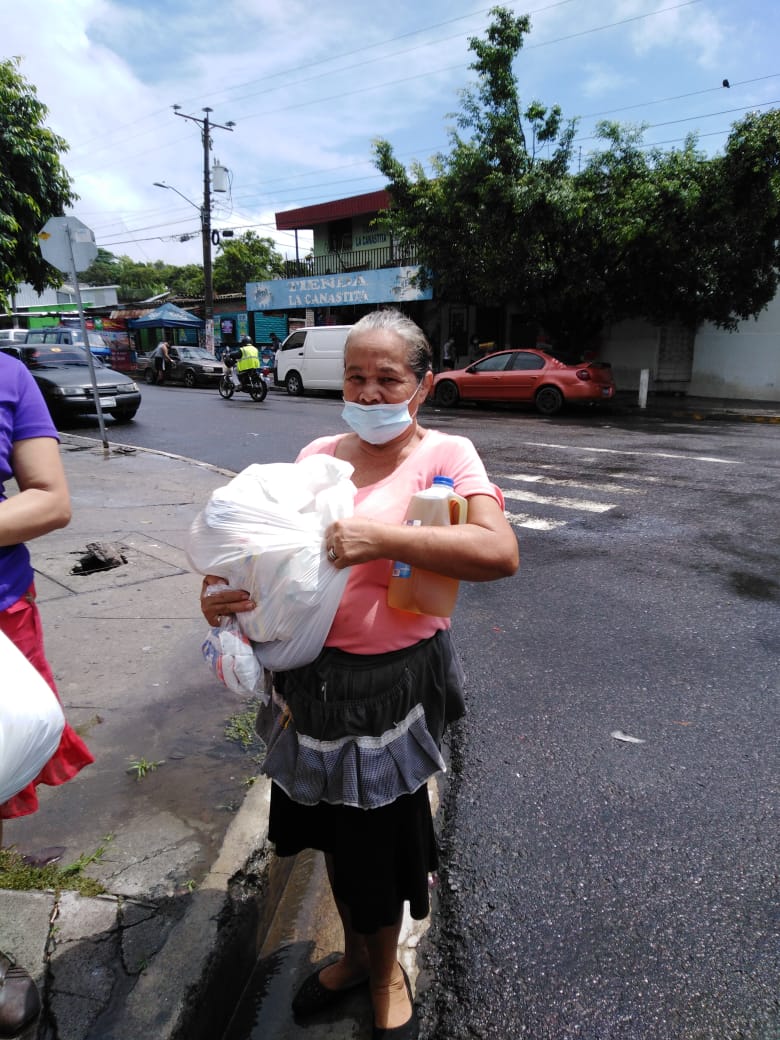 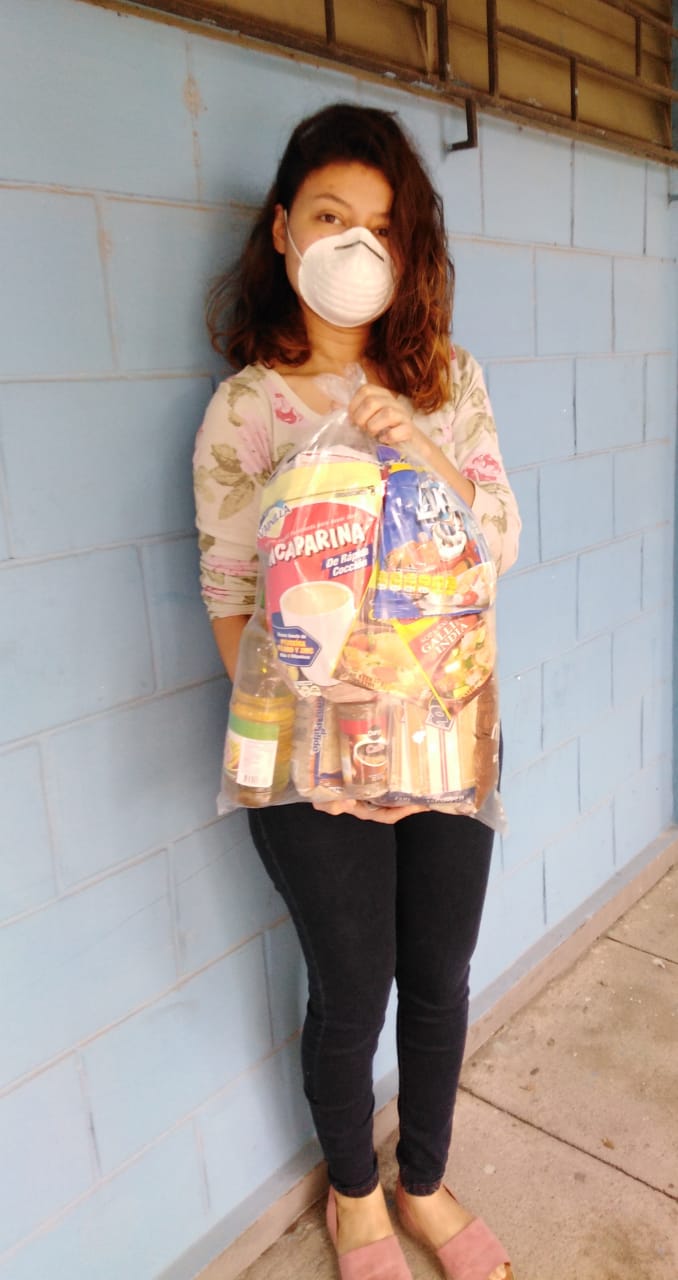 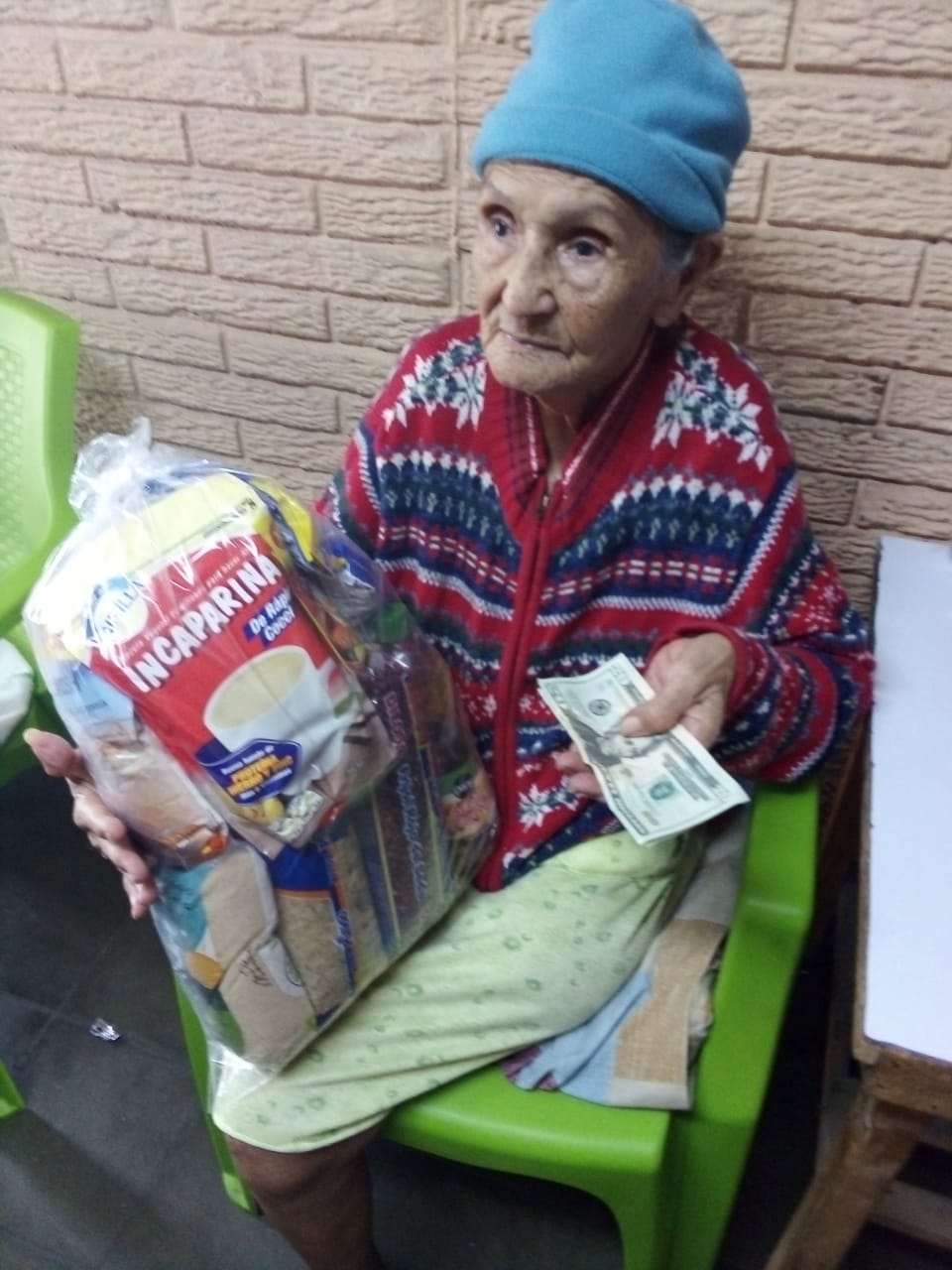 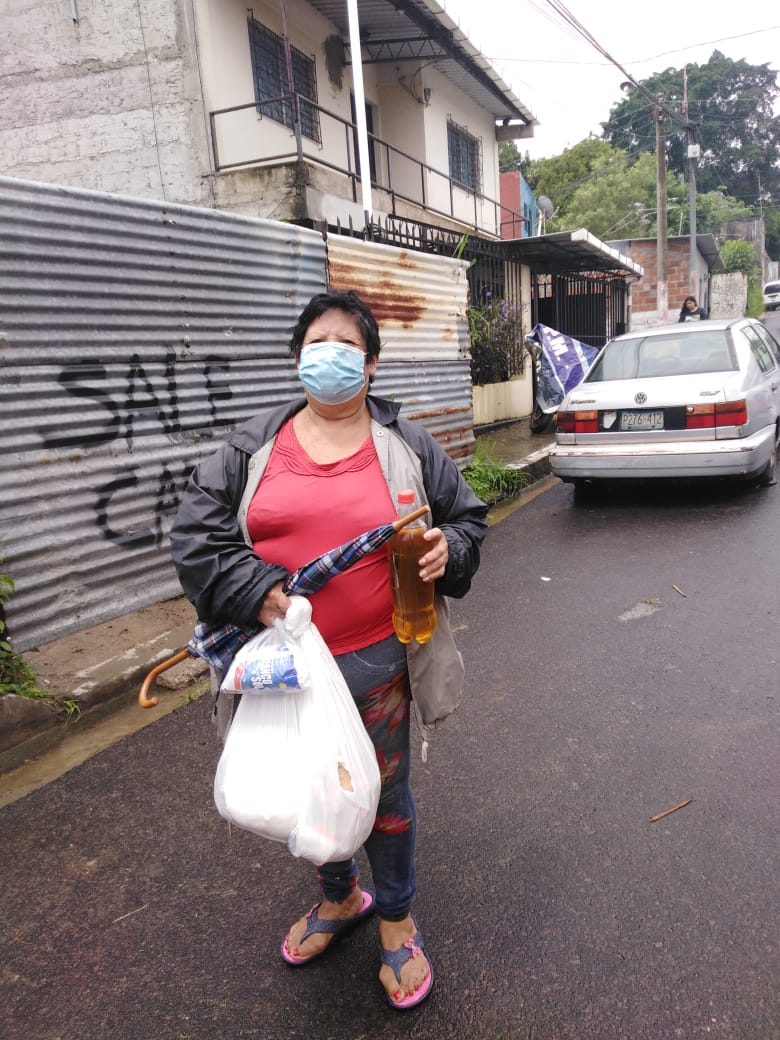 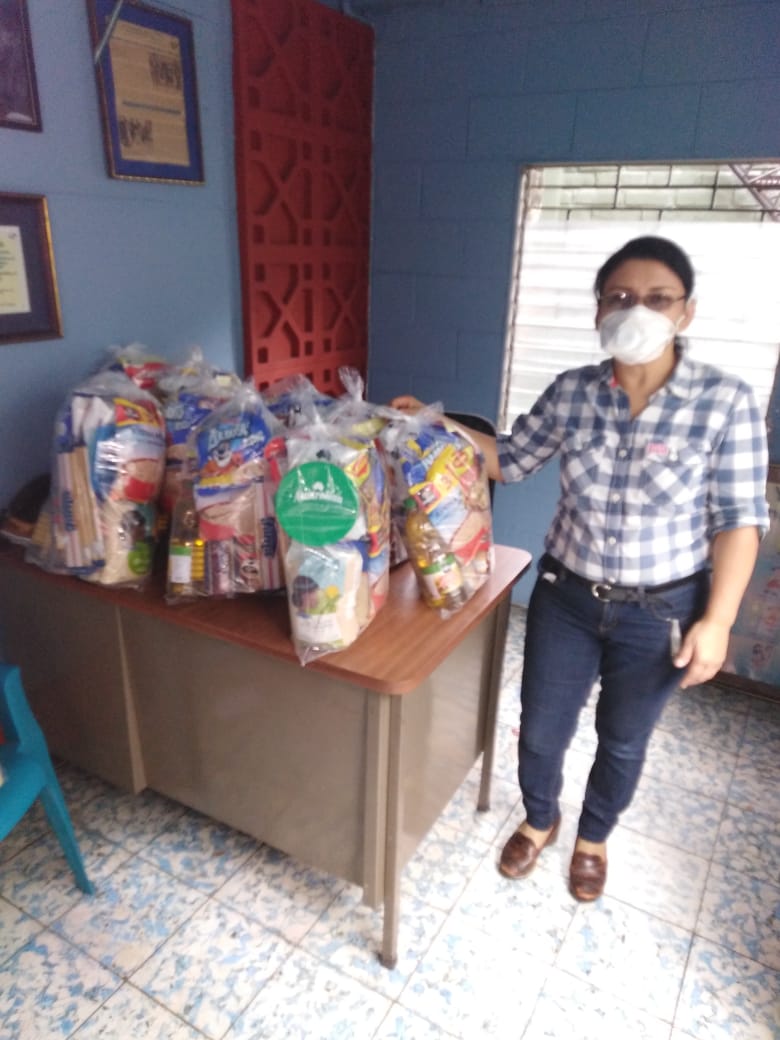 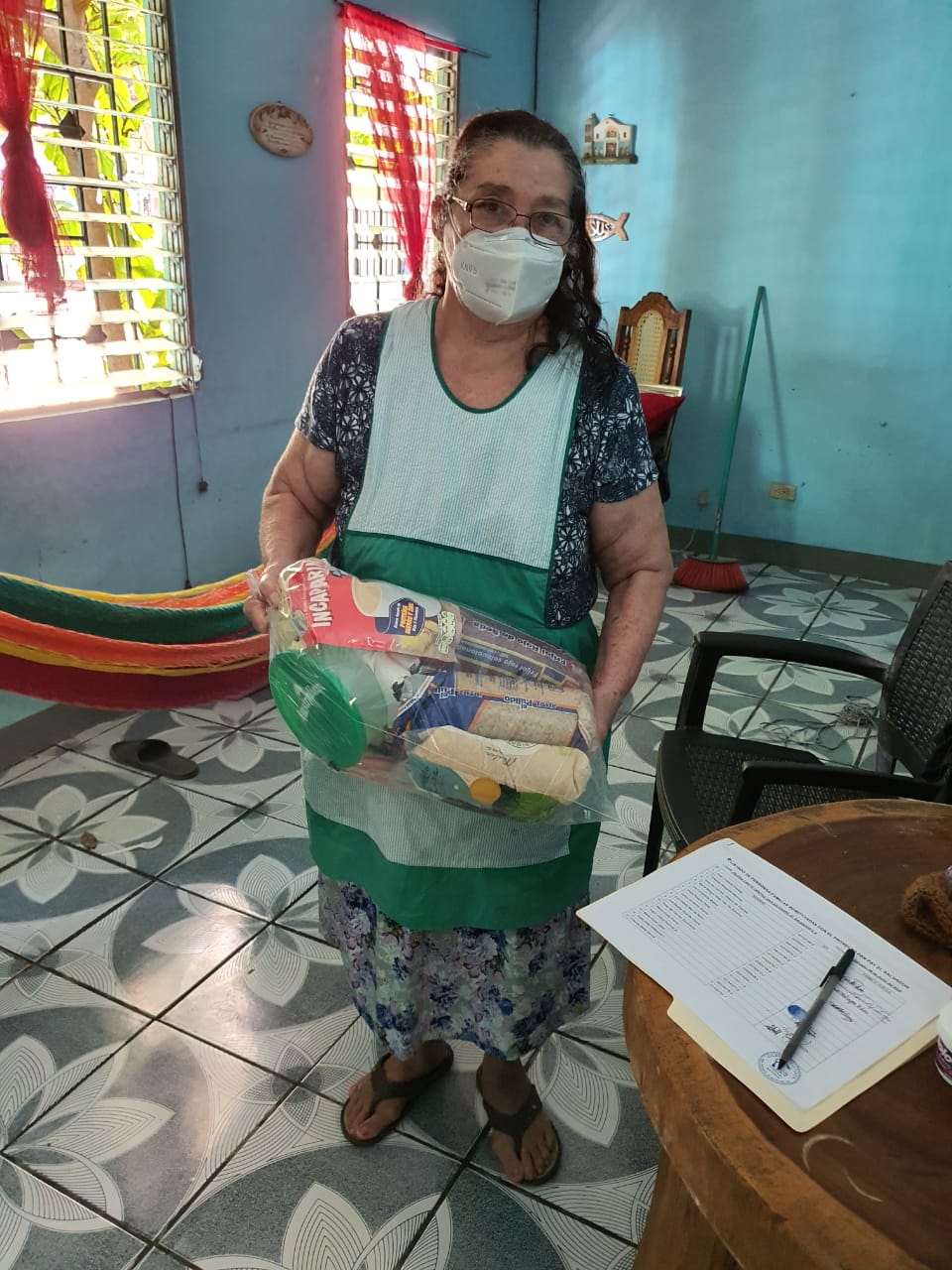 In Honduras, the surprised and grateful recipients of Peace Baskets included twenty families without incomes, and ten AVP facilitators living in prison. As Covid 19 spreads to the incarcerated population, severe depression has set in; the scheme by one resident of the La Ceiba prison to commit mass suicide by poisoning the water was aborted by one of the AVP facilitators.

In Guatemala, youth 11-17 who have participated in AVP workshops are being forced daily to choose between buying an internet card ($1.50) for on-line school classes or buying food. Their recently unemployed parents have encouraged them to take informal jobs on the city streets washing car windows or carrying bags of groceries home for others; an average day of work earns them approximately $1.50. The Peace Baskets have eased the burden temporarily and brought them a new sense of connection and hope for a better future.

In El Salvador, Peace Baskets reached 75 families in need, including AVP participants and facilitators in gang-controlled neighborhoods of the capital. AVP facilitators in rural areas, who are widows and war survivors struggling with sickness and poverty, warmly welcomed the unexpected gesture of solidarity.

In Colombia, where 50+ years of war have created entrenched poverty, women-headed households and homeless Venezuelan refugees will soon be among the recipients of the project. Sister Patricia Duque has cultivated a thriving vegetable garden at her home in Antioquia as a model for other AVPers and neighbors; she is teaching what is possible, even with little or no land, by planting in large, tiered plastic pipes.

In Ecuador, indigenous women trained in AVP are reaching out to other Kichwa families with 8-10 children, women heads-of-household and women victim-survivors of domestic violence. The AVP leaders are also planting vegetable gardens and encouraging youth and other women to do the same, with plans for a fair to exchange their diverse agricultural produce upon harvest.

All Peace Basket Project recipients and national coordinators offer their most sincere thanks to all! 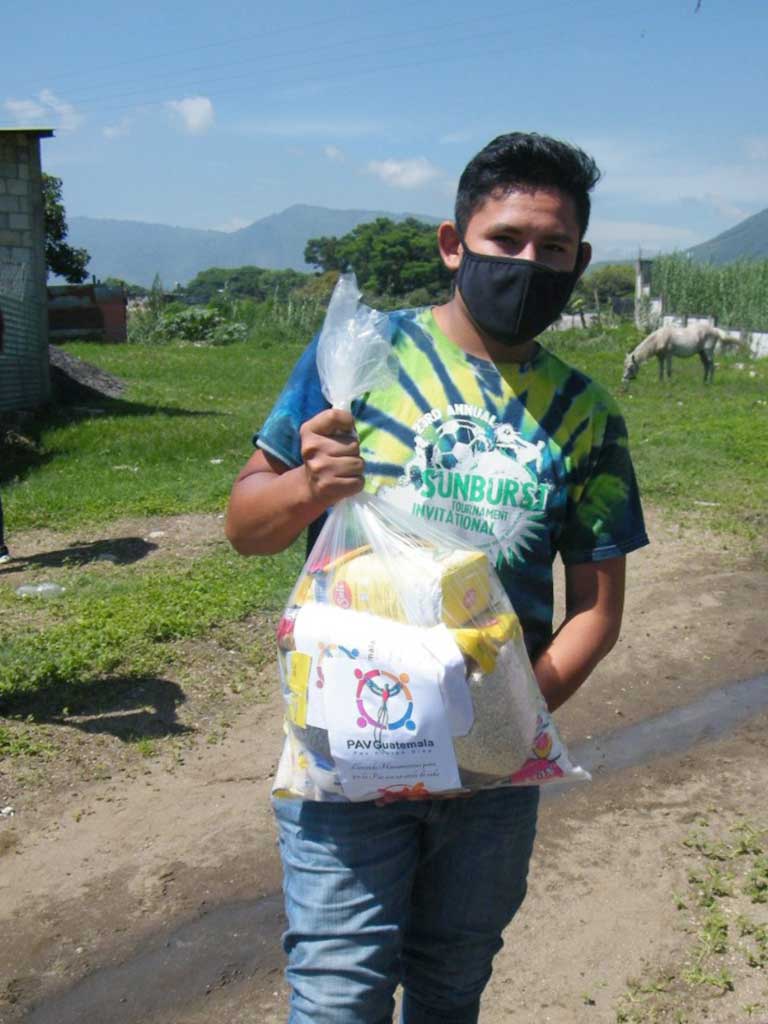 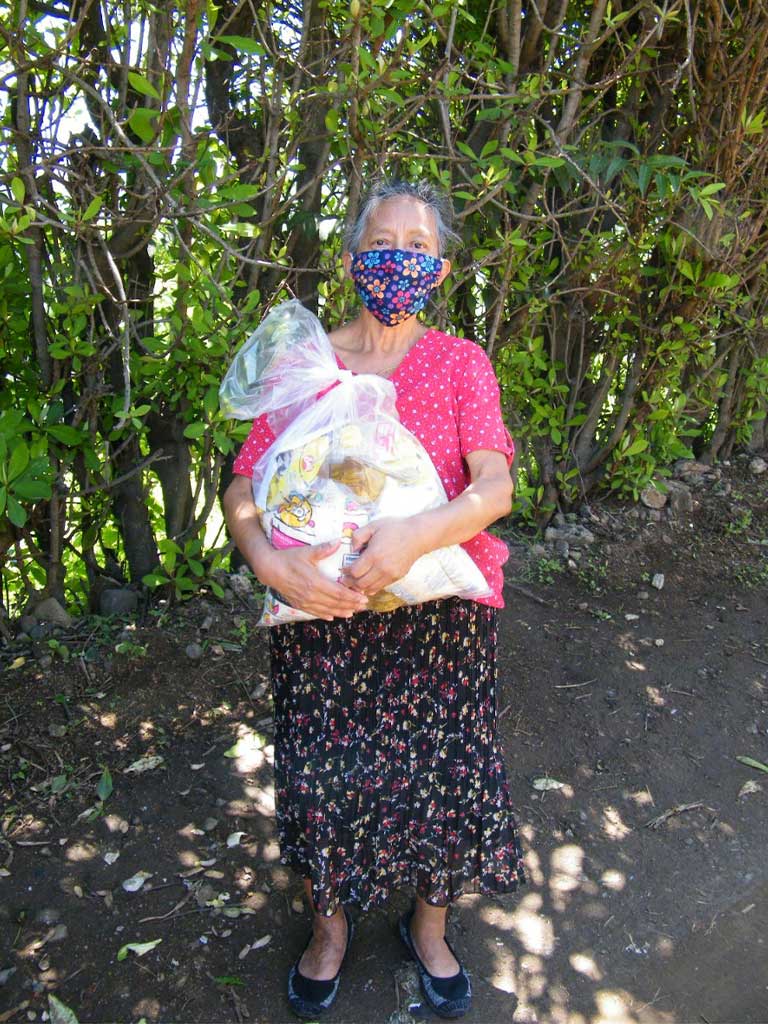 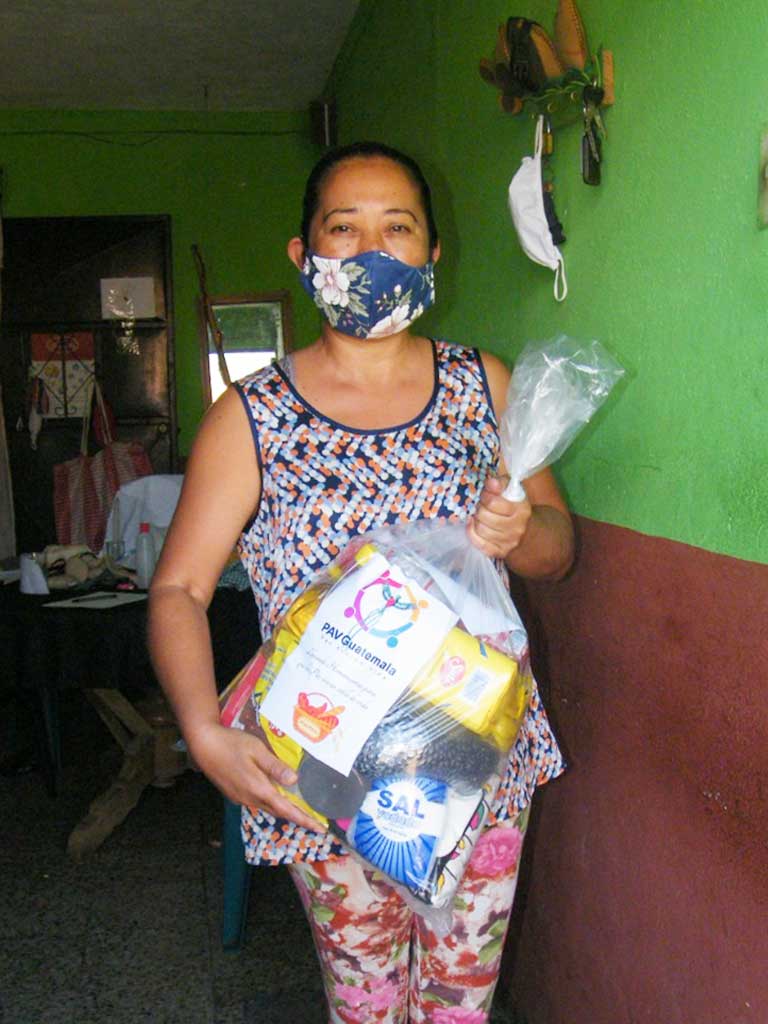 PLA is now receiving contributions for the Peace Baskets Project – PAN PAV. Our immediate goal is to raise $5,000. All donations welcome.

We are available to offer virtual presentations for your Meeting or group with our Latin American partners; if interested, please contact us to arrange: pla.coordinator@friendspeaceteams.org