Skip to content
Partners in Peace: PLA and Co-Madres

Partners in Peace: PLA and Co-Madres

After leaving her laminated tin shack she shares with her children and grandchildren, a woman boarded the first of two buses at 5:00 a.m., starting the dangerous, two-hour journey to San Salvador to join six others in becoming an Alternative to Violence (AVP) Facilitator. She did this for three days, returning each night: something that all Salvadorans know you shouldn’t do for risk of assassination, abduction, or being robbed.

This woman, who works selling gum on the streets, is a member of Co-Madres (Committee of Mothers and Relatives of the Disappeared, Assassinated and Political Prisoners of El Salvador). Co-Madres is an organization established by Archbishop Oscar Romero in 1977 to demand the truth behind disappeared relatives. 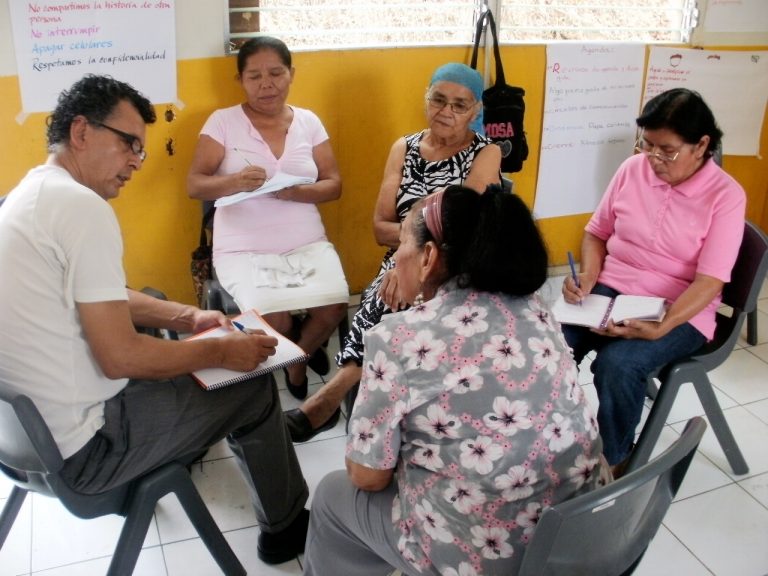 With over 400 mostly female members, Co-Madres has maintained a consistent voice of nonviolent resistance in El Salvador for the last 38 years, focusing on holding the state accountable for human rights violations, protecting political prisoners, working against domestic violence, educating women about political participation, and sponsoring small economic projects for women.

In early 2014, Peacebuilding en Las Americas (PLA) partnered with Co-Madres with the goal of training all Co-Madres members as AVP Facilitators. The goal is that these workshops provide the tools to heal from traumas while simultaneously empowering women to be leaders in their communities.

To date, two Basic and two Advanced workshops were held in the rural town of Santa Marta and in San Salvador. This workshop was the first Facilitator workshop, bringing this goal closer to fruition.

“These women want to be leaders in their communities,” said Fazilee Buechel, a PLA volunteer who co-facilitated the workshop. “While they have faced a lot of pain, they also have so much courage, eagerness and passion to lead workshops and bring this work to others.” 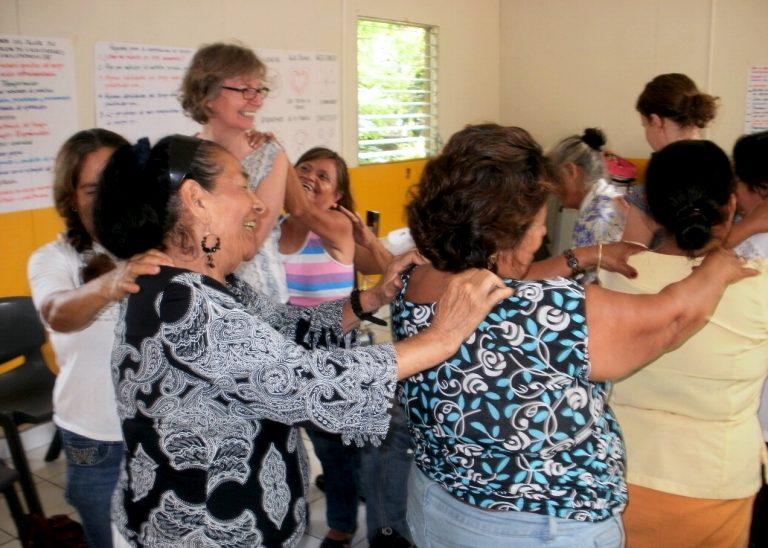 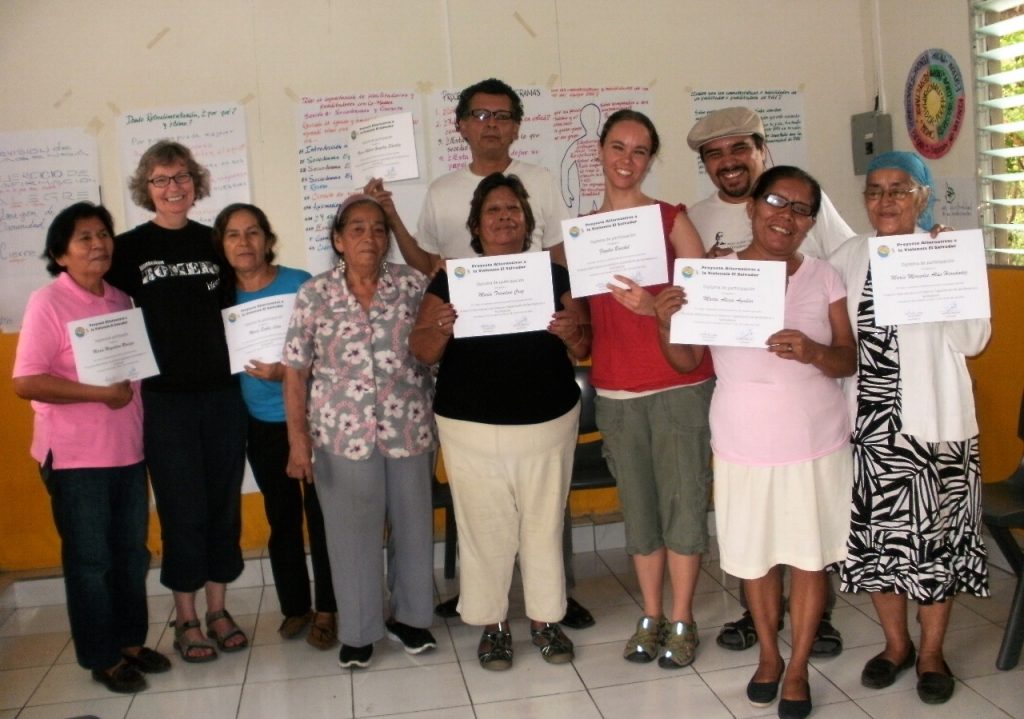 Most of Co-Madres members have been marginalized and forgotten by Salvadoran leaders and politicians as many lack access to basic human rights like health, education, and water. “The past civil war in El Salvador left profound trauma in people who directly lived the repression, unimaginable tortures, disappearance of people and all of the collateral damage. Sadly, these people were not considered in the Peace Accords,” said PLA Country Coordinator Salomon Medina.

The workshops provided a safe space for women to speak and be heard by a supportive community while simultaneously giving participants a vision of the world they want to see and the tools to get there.

“We contributed to their ability to talk, to rediscover their ability to raise their voices against individual and structural violence and the injustices and problems that occur each day,” said Medina.

“Having the privilege of being close to them makes us think that we can contribute to building lives, families, communities, society and a world where we can live with justice and peace—a world that finds forgiveness and reconciliation without the necessity of using methods based on violence or hidden interests. Is it a dream? Oh yes! A dream that is possible, if only we begin to pay attention to the voices of those who survived the pain,” said Medina.