By Carol Passmore — Set in the U.S.A. 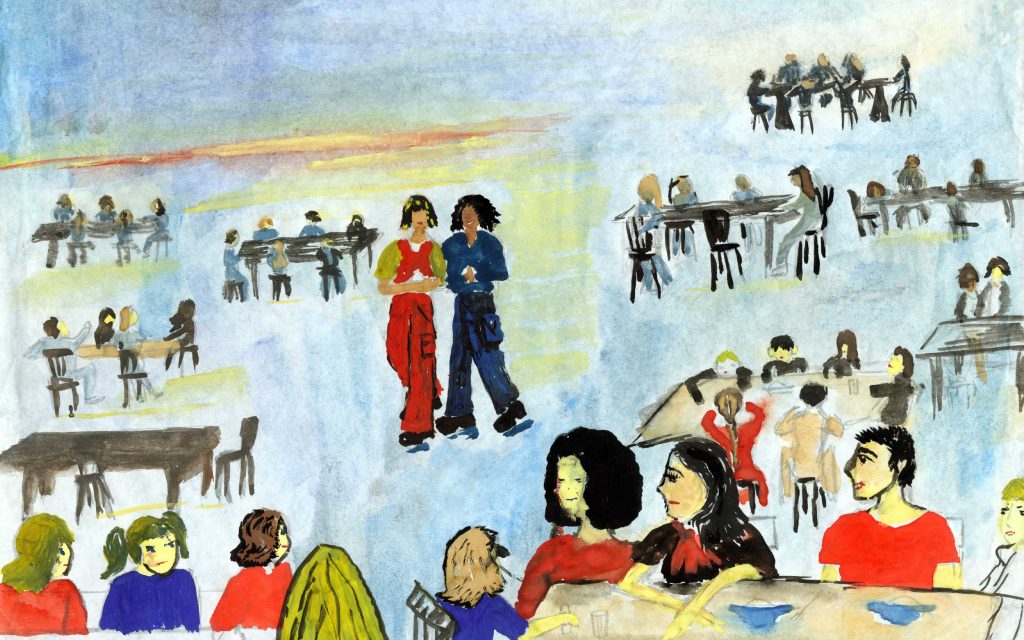 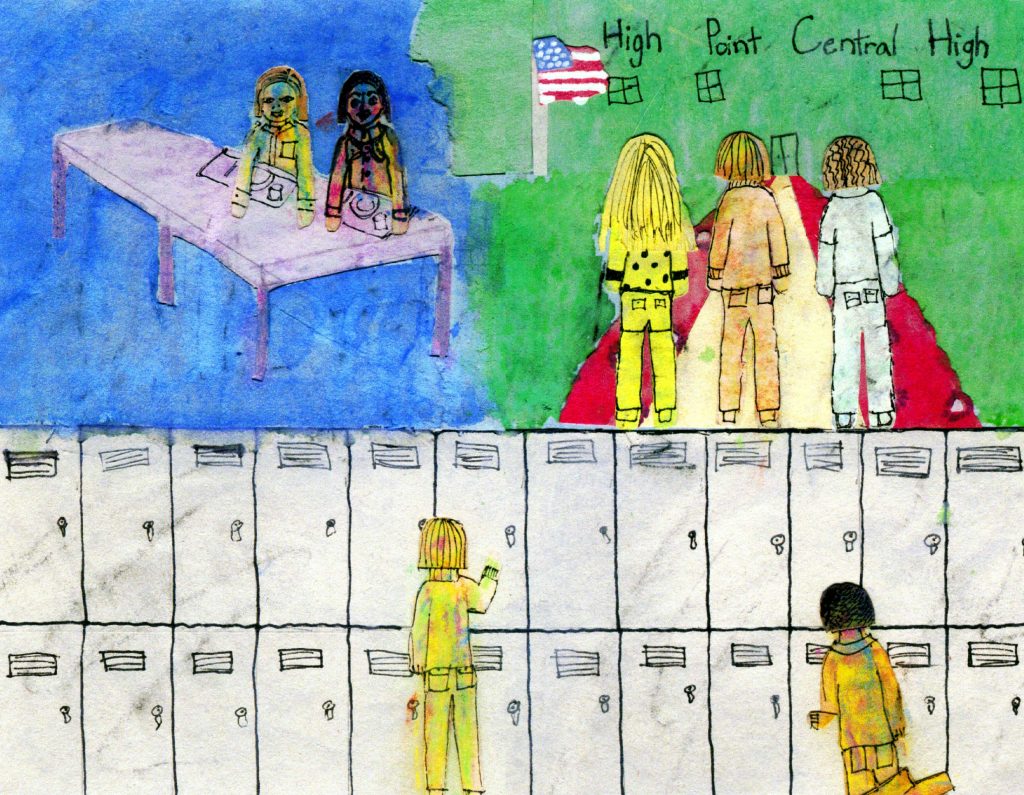 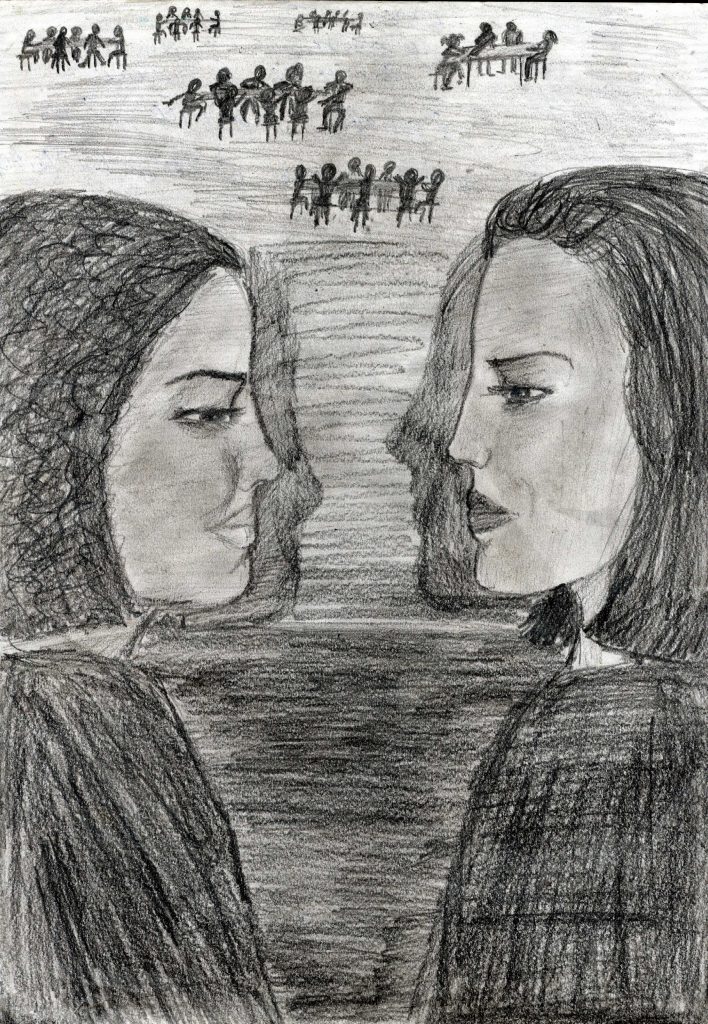 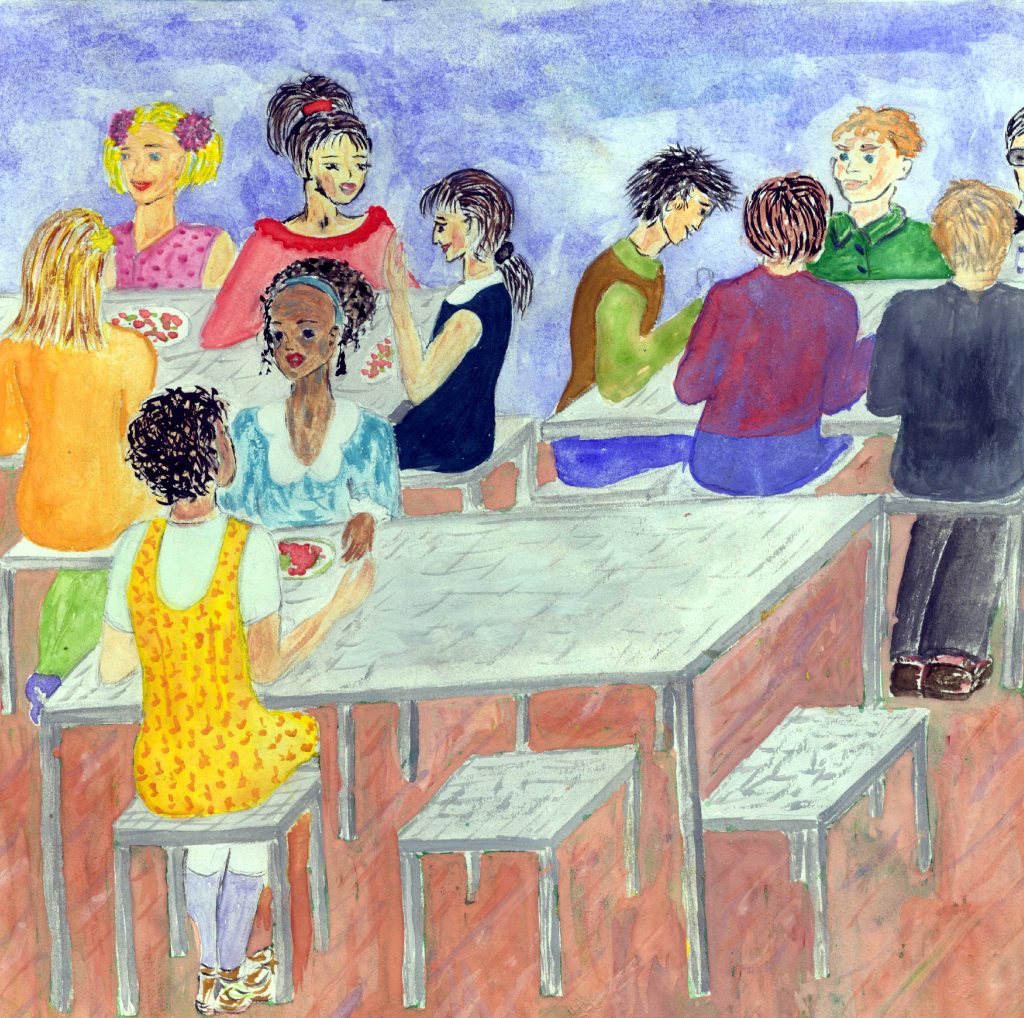 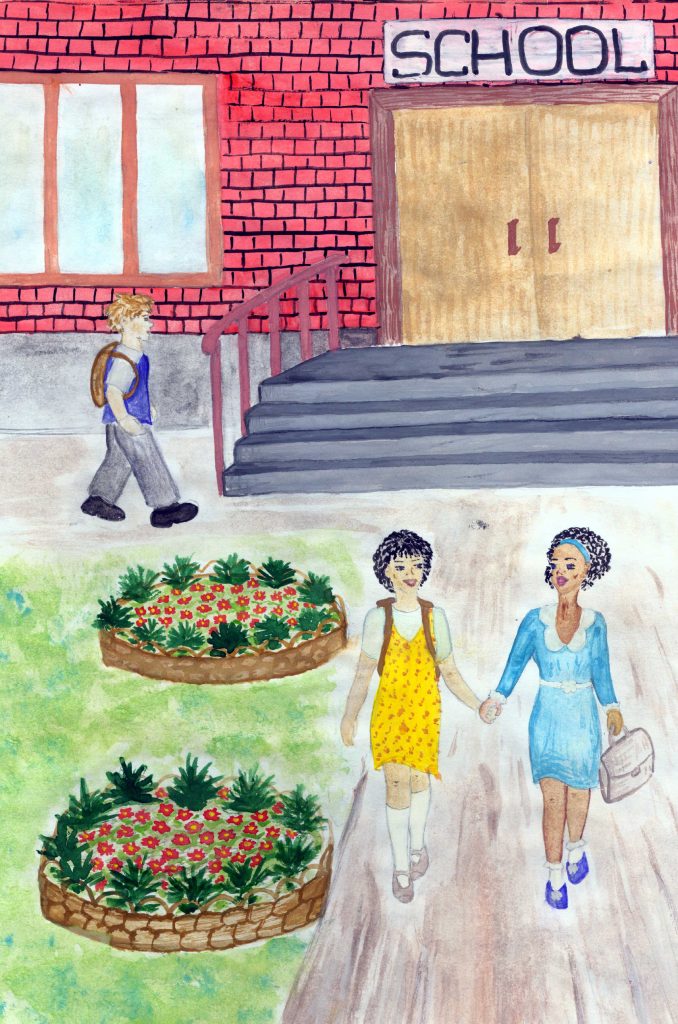 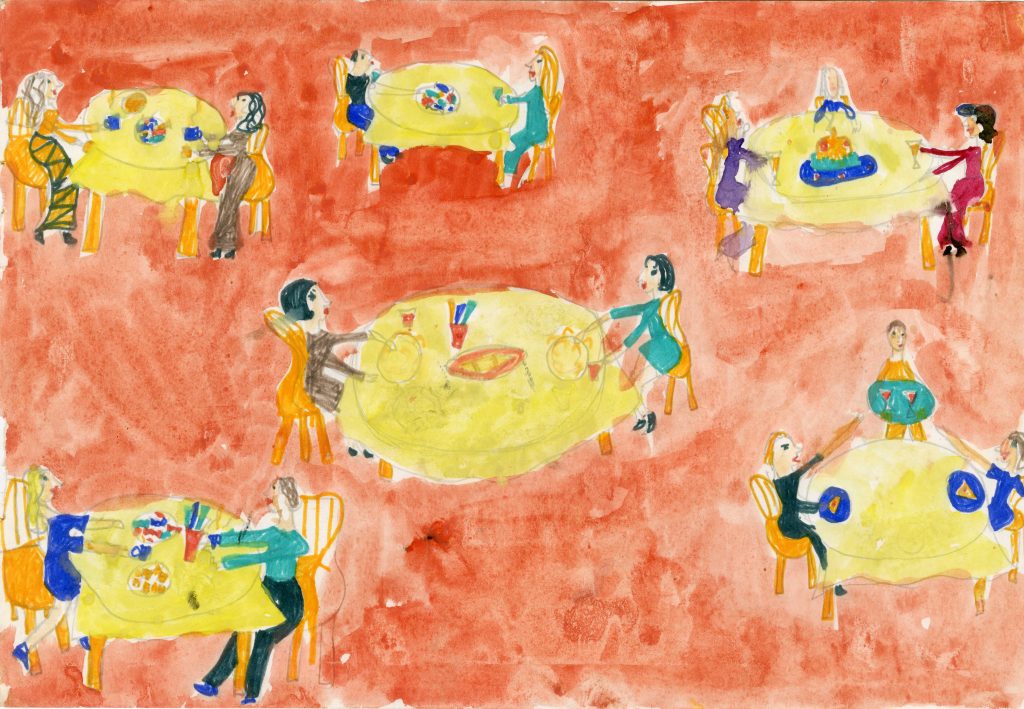 “So,” said Annette, “we decided to be nice to her.” “Who?” I asked, realizing I’d been daydreaming.

“To the nigger who’s coming to school,” said Annette. “The principal says we aren’t going to have any trouble like they did in Little Rock.” Lib giggled. “Then you had better not call her a nigger.”

“Sure,” I said. “I think we should be nice to her.” I hadn’t really thought about our school being desegregated. Besides, High Point Central High was a big school. I’d probably never see her anyway.

I didn’t hear too much of what the teacher said, because somehow I got the idea that I would show Lynn where the cafeteria was. I wondered if that would be considered being “too nice,” but I also remembered my first lunch alone the year before. So when the bell rang, I politely offered Lynn a guided tour to the lunchroom.

By the time we went to our lockers—hers was near mine—and then to the cafeteria, there was a long line. Everyone got quiet when we joined it. After we got our meatloaf and lumpy mashed potatoes, I could see that the tables were getting full. I didn’t see any space with Lib and the others. I spotted a half-empty table with some kids I didn’t know, and we sat there.

Instantly, those kids all got up and left. Lynn and I had eight extra chairs at our table in that jammed cafeteria, obviously no one was going to join us.

There we sat, like two kids on a deserted island, in the middle of that crowded cafeteria. I stared at Lynn, and she stared at me. Her short black hair was wavy, and her skin was a rich coppery brown. My brown hair was short and wavy and my skin, with its summer tan, was almost as brown as hers. I figured we could pass as sisters.

Lynn poked at the disgusting-looking meat loaf. “You don’t have to eat with me,” she said. “You can go eat with your friends.”

I stirred my peas into my potatoes while I thought about that. “If they don’t want to come and eat with us,” I muttered, “I’m not sure they’re my friends.”

So I stayed, and for all of our junior and senior years, Lynn and I ate lunch together. There was a lot that was good in those years, and plenty that wasn’t.

Lynn and I never had to hunt for a table in the cafeteria. We had our own private table right in the middle. The bad part was no one else ever worked up the courage to join us.

Another good thing was that my friends and a lot of other kids were polite to Lynn. The bad part was that they were polite to me, also. When I bumped into Lib in the bathroom one day, she explained. “When we said friendly, we didn’t mean that friendly.”

Some kids called us names and occasionally threw things at us, but nothing serious. But there wasn’t anyone in the school who didn’t know who we were. And after a few weeks of talking about what had happened in our classes that day, Lynn and I discovered that we had lots in common. Besides having almost all the same classes, we also had the same interests. If fate hadn’t thrown us together, we’d probably have met and become good friends anyway.

The best thing about those two years was that I met some people who worked for the American Friends Service Committee. They taught Lynn and me about nonviolence and helped us be nice to the people who called us names. They also introduced us to some other people in North Carolina, who didn’t think that the color of your skin should determine where you went to school or what job you could have. We had lots of fun with these people, too, which made up for the fact that we weren’t involved in many of the high school social activities.

Sometimes now I think about those years and take out my old high school yearbooks. In my sophomore yearbook, when I was working so hard at being popular, lots of kids signed my book, saying how nice I was. In my junior year, only a few kids signed my book, and all they wrote was how they enjoyed being in my English class or algebra class, but nothing personal.

My senior yearbook was different. All those popular kids I had wanted for my friends wanted to sign my yearbook. They wrote how much they admired someone who would stand up for what she believed was right. They didn’t say they had changed their minds about race relations, and I’m not sure being admired made up for being lonely and left out, but I was glad they were willing to sign.

But the best signing was from Lynn, who wrote a whole page. She wrote about how scared she was on that first day of school and how glad she was when I spoke to her. I was surprised, because she never looked scared at all. But then, you can’t know everything about your best friend.