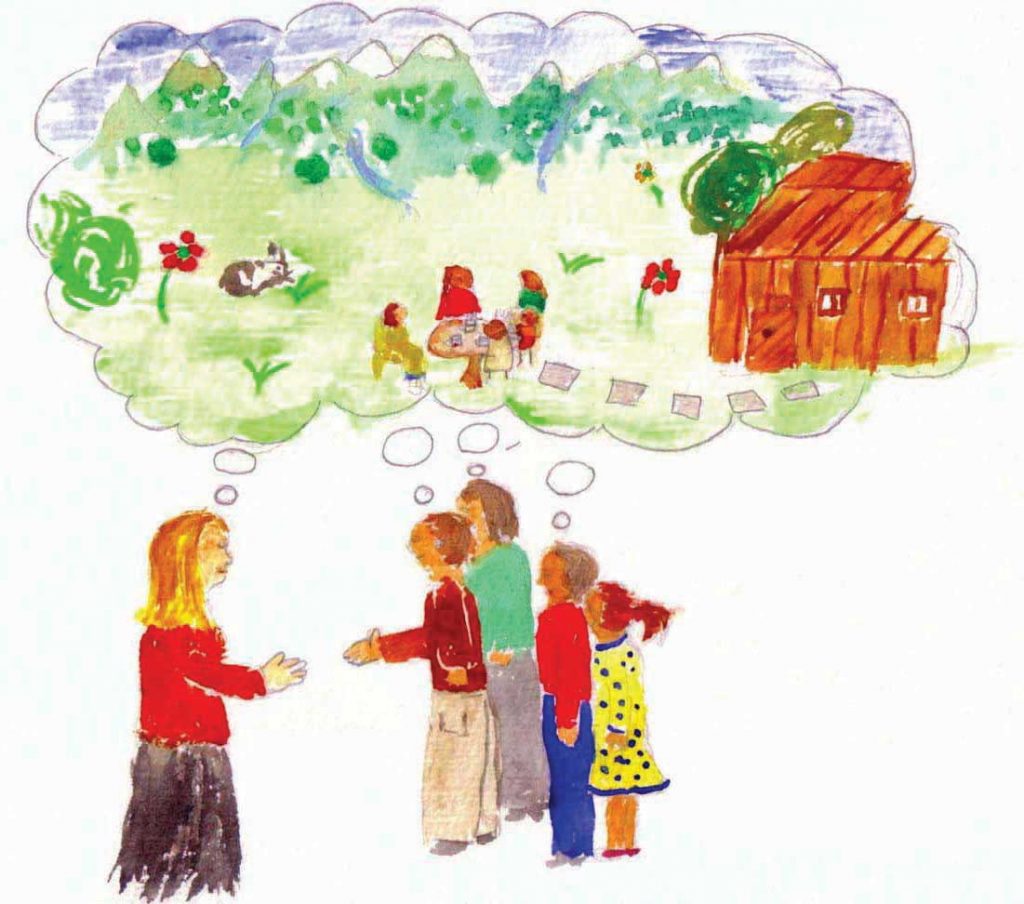 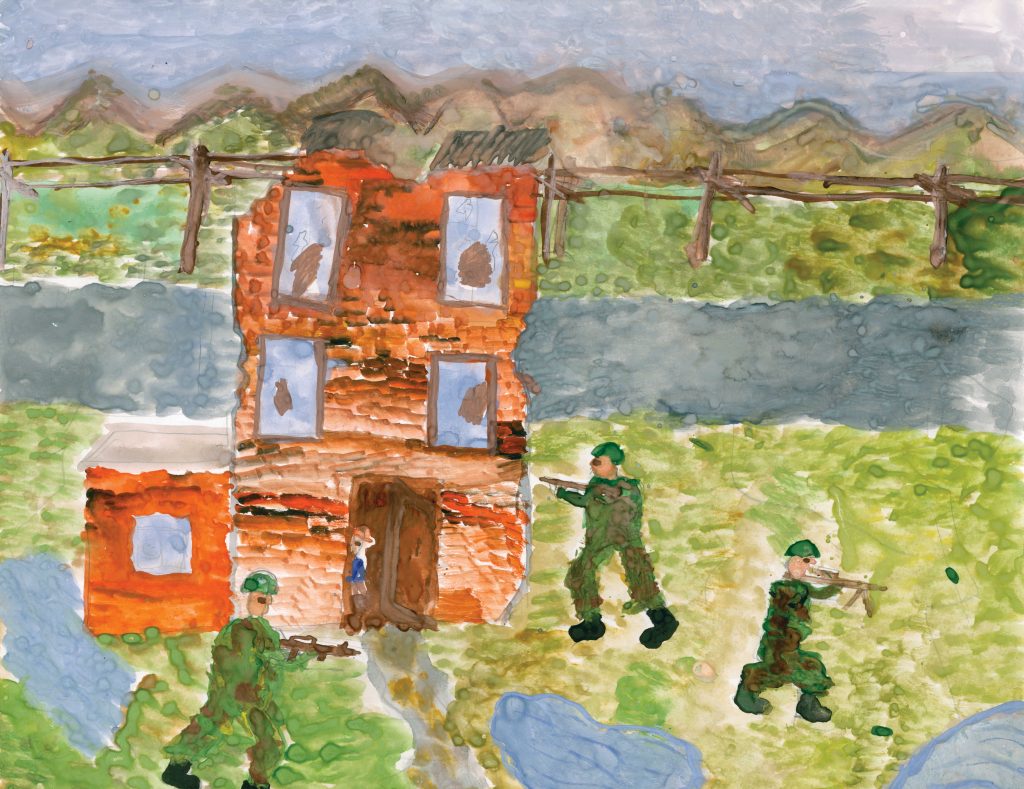 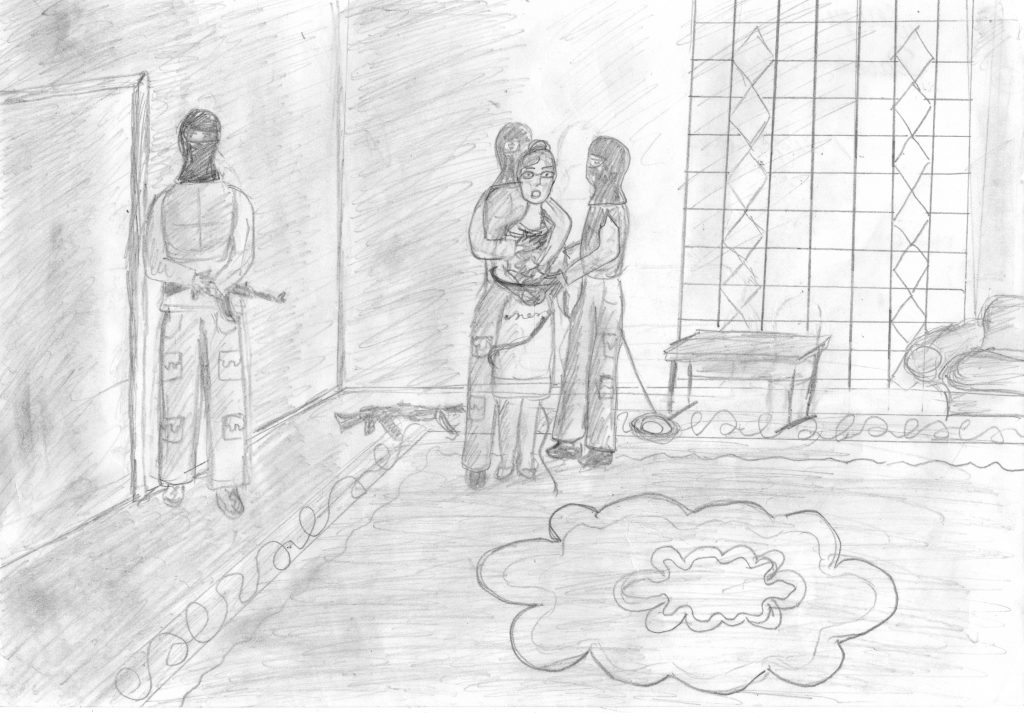 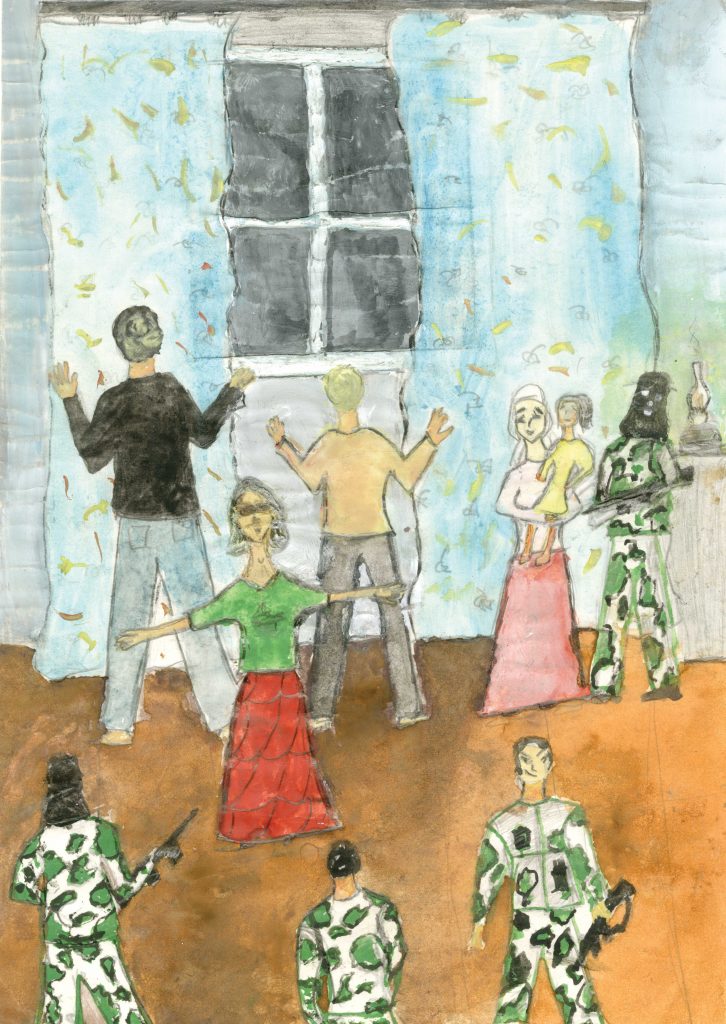 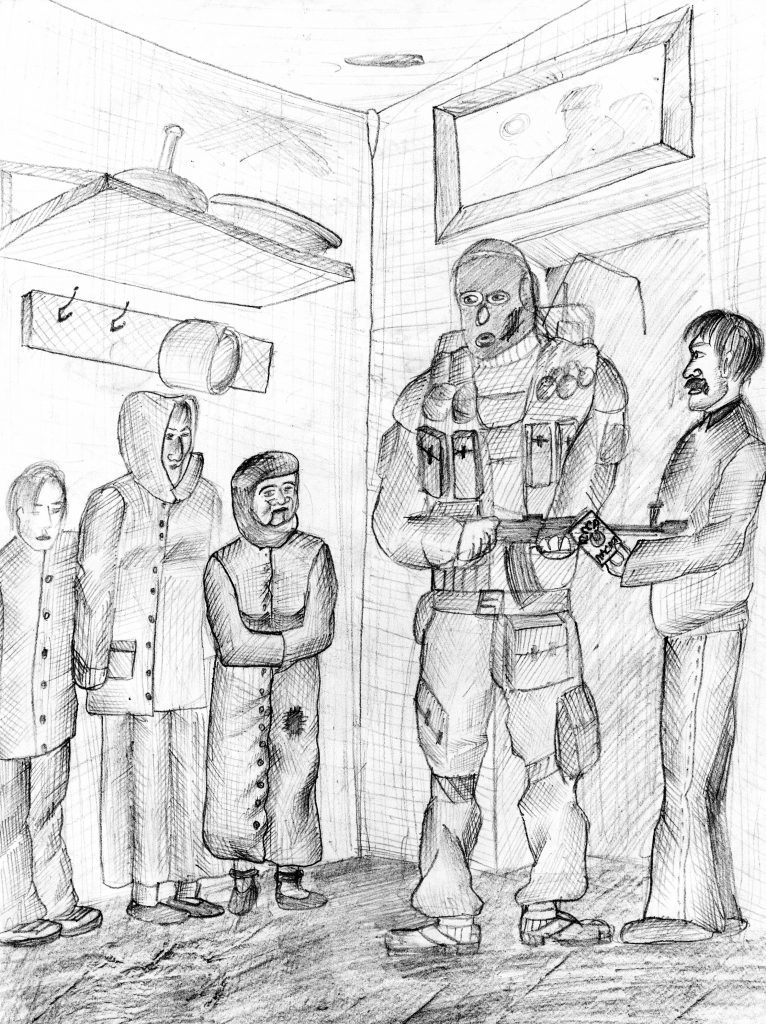 Saipudin had never liked Svetlana Viktorovna, the schoolmistress. All they ever did was exchange a polite greeting, if they happened to meet on the stairwell or the street.

““She doesn’t like us Chechens,” Saipudin said many times. “She’s lived among us her whole life, but she doesn’t fit in with our way of life. In all of 10 years she’s never once knocked on our door. She has never asked us for salt or matches or a hammer. Why ever not? We Chechens all live together like one family. But she seems like a stranger. Perhaps she doesn’t feel at home.”

Even after hundreds of tanks appeared on the streets of Grozny, no one could have foreseen that a multinational city would be turned to dust.

As he fled through the town now under bombardment, Saipudin did not want to take any risks. He took refuge in the cellar of his house, accompanied by his wife Malika, his 16-year-old son Ali and his three-year-old daughter Prinesla. Other neighbors came to join them. Someone cobbled a stove together out of red bricks. They chopped wood and made tea and soup. Everybody thought the war would soon be over. Then they would be able to go back up to their apartments that were still unplundered and undamaged. The five-story block where they lived was situated well away from the district where battle was raging. It had suffered nothing worse than stray bullets, shells and shards of shrapnel.

Things began to get better. If one were brave, one could go out to fetch water again. Someone said they would be giving out relief supplies at any time now. People really began to hope that the worst was over.

Then, one evening, somebody came in off the street and reported that the Special Forces were beginning a so-called ‘mopping-up operation.’ They were out hunting for Chechens and Ingush, natives of the neighboring Republic of Ingushetia. “That’s impossible. It’s just a rumor, nothing but misinformation. I don’t believe it,” Saipudin said, very worked up.

But people insisted, “You may say you don’t believe it, but they’ve already ‘mopped-up’ the next street over.” Less than an hour later, another rumor started. This rumor said that ‘mopping-up’ had already begun on their street and would go on throughout the night. So it was essential for everyone to go upstairs, return to their apartments and meet the Special Forces with open doors. Otherwise everything would be broken down, smashed up and set on fire.

People hurried to get away. Saipudin was desperate. He had no idea what to do. Could his wife and children try to escape by fleeing across the open ground between the apartment blocks?

Although the poor man was close to despair, he did not show it. Staring out into the darkness, he looked at his wife and children and braced himself to realize that he might never see them again.

Then suddenly a shape appeared out of the shadows, the angular, stooped figure of his neighbor Svetlana Viktorovna. She spoke quietly but firmly.

“Saipudin, I am afraid to be on my own. Please will you all come upstairs and stay with me?”

“With you? Why with you?” Saipudin did not understand.

The Special Forces broke into the stairwell at midnight. There had already been a deafening explosion in the cellar. It shook the walls, made plaster rain from the ceilings and shattered any glass that still clung to a window frame.

“Your papers! Any Chechens or Ingush?” The red-haired commando was well over six feet tall.

Svetlana Viktorovna came forward to meet him, “All our papers are in order. There are no fighters here. This is my husband, Sasha. And these are his sister and her children.”

Saipudin said nothing. He was ready to face anything except humiliation before the women and children.

“Show me your papers!” The soldier shouted at Saipudin and his son.

“Here’s my passbook. My son doesn’t have one yet. He’s only just sixteen.” Saipudin handed over his passbook. It took the soldier a long time to look through the book and find the place where it listed nationality.

Svetlana errupted, “What for? Where are you going? I’ll never let you take my husband away, or the boy either. If it’s really necessary, we’ll report to you at Headquarters tomorrow. Let me tell you: the Regional Commanding Officer is a relative of mine. You see, lads, everything is just fine here. These are my people. Sit down and have a rest. By the grace of God, I’ll make you as welcome as I can.”

The commando was yelling and playing with his gun.

Svetlana persisted, “I’ve lived all my life among these people. I’m ready to die with them. If you want to shoot, shoot me first. Shoot a schoolteacher who’s spent 28 years teaching children to be good and behave sensibly.”

“All right. You can stay alive,” said the commando, as he lowered his gun. “Let’s get out of here, lads.”

Two years went by, and Grozny was back in the hands of Chechens.

One night, Saipudin woke up his wife. “Listen! There’s shouting in Svetlana’s flat. Some kind of noise. Get dressed quickly. Let’s go and see what’s happening.”

The noise got louder, the cries more desperate. Saipudin didn’t even stop to dress properly. He rushed through his neighbor’s open door in shorts and a dressing gown, and what he saw shocked him. Two masked men with weapons had thrown Svetlana Viktorovna to the floor and were trying to tie her up. A third masked man with a gun was standing at the door.

Saipudin realized that these were typical young thugs who had already spread chaos through the city while purporting to be freedom fighters.

“Let her go at once. Aren’t you ashamed? Don’t you fear God?” Saipudin yelled and rushed to save his neighbor.

The man at the door moved the safety catch of his gun and took aim at Saudipin’s head. If Ali and Malika had not rushed into the room at that very moment, he would have opened fire. They all rushed to Svetlana’s aid. The three of them managed to drag the attackers off Svetlana.

Other neighbors, hearing the noise, appeared on the scene. The three masked men realized what was happening and made for the door, but before they fled, the man who had moved his safety catch suddenly turned around and fired a single shot at Saipudin. The neighbors rushed to help, but they kept getting in each other’s way. The three masked criminals made their escape.

Within a month, Saipudin was out of the hospital recovering at home. He, his family and Svetlana decided to spend the summer together, perhaps in the mountains with Saipudin’s parents, where they would find hills, grassy meadows, honey and flocks of sheep, or maybe in the village by the Volga with Svetlana’s aunt, where they would enjoy fish soup, wild berries and wide-open spaces.

There’s plenty of room. Nobody need feel shut out so long as people keep their minds and hearts open to one another, and to new things.