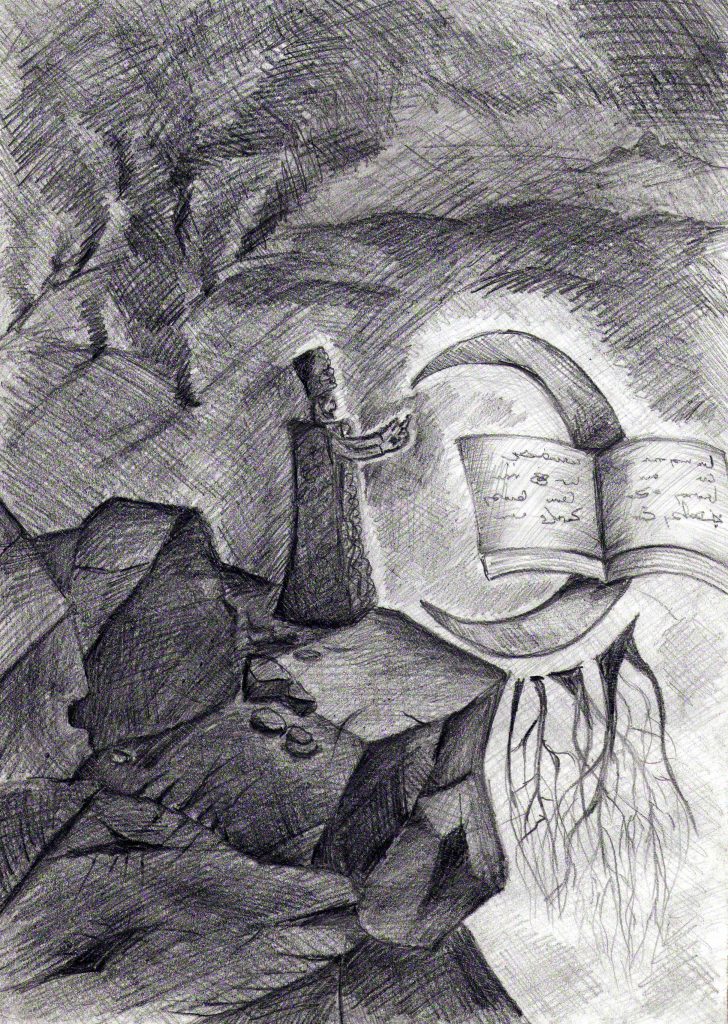 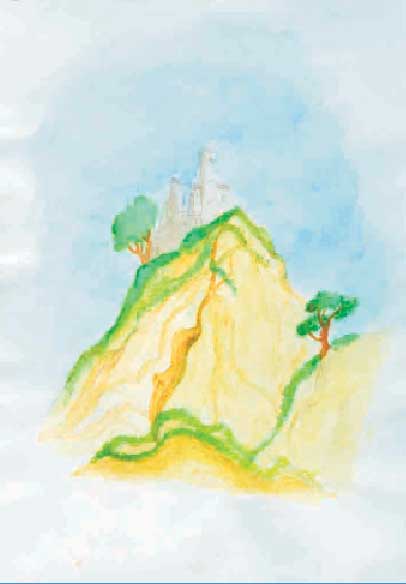 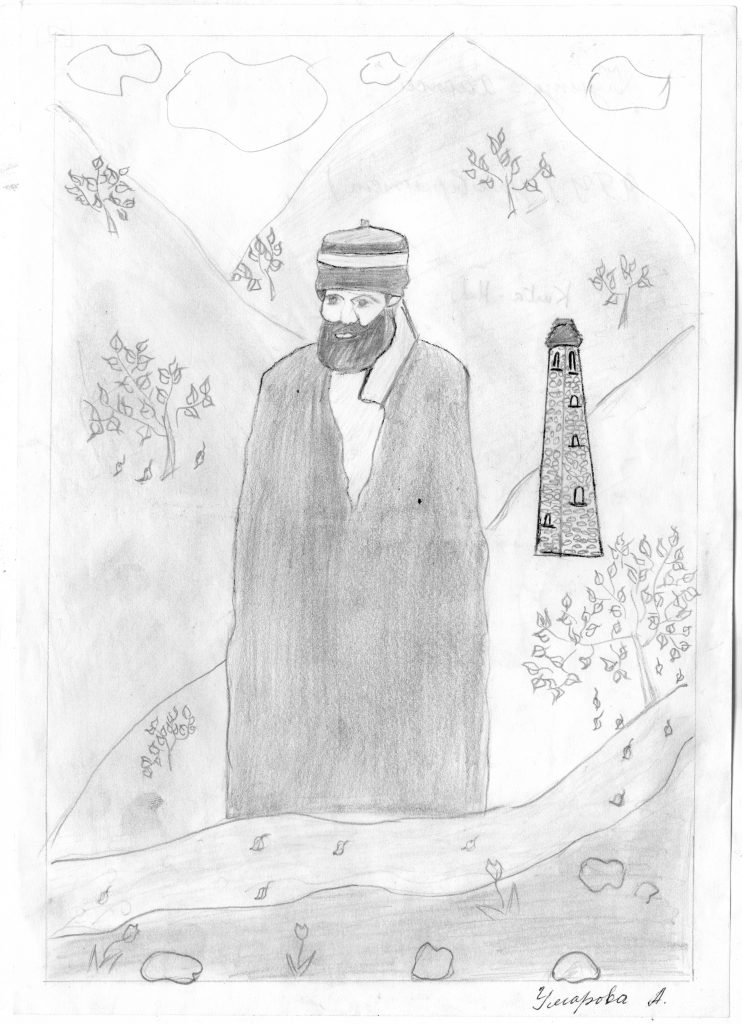 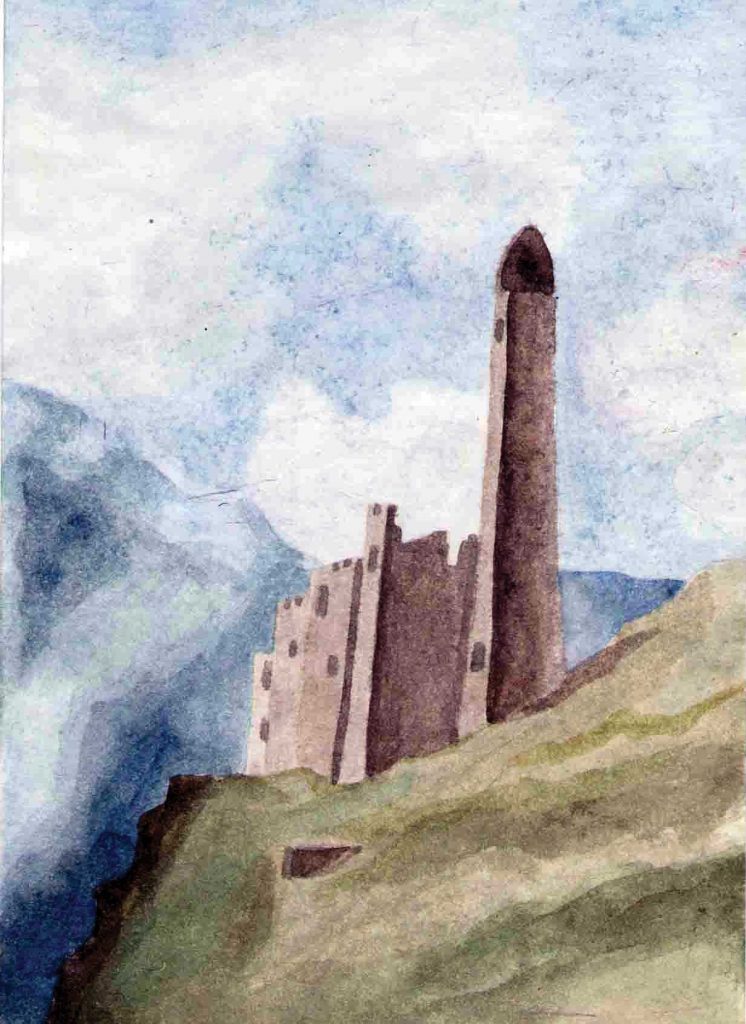 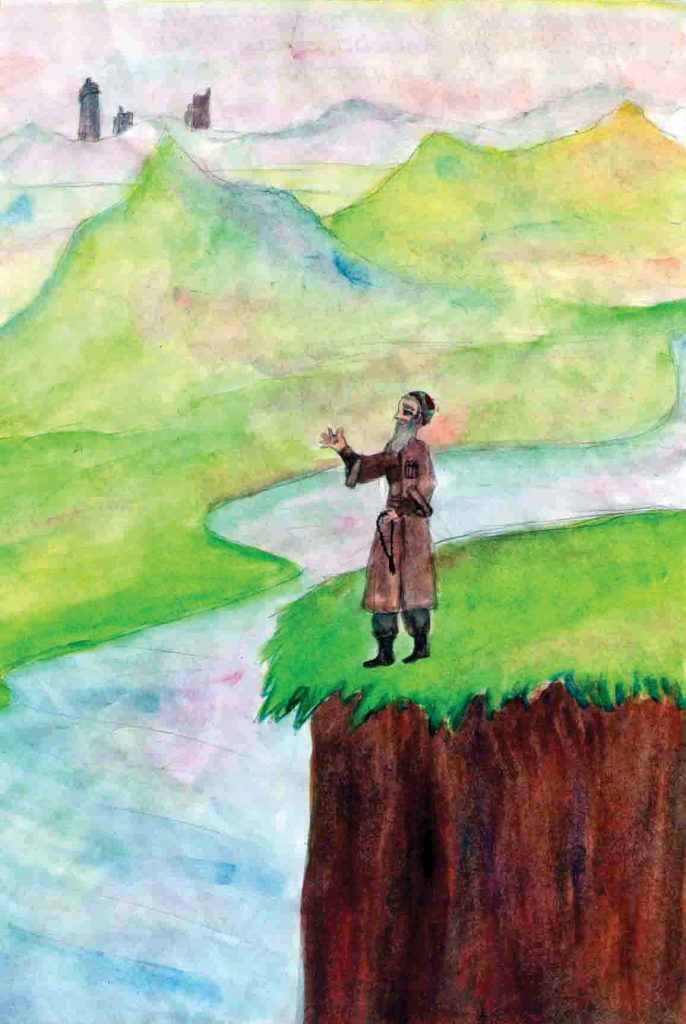 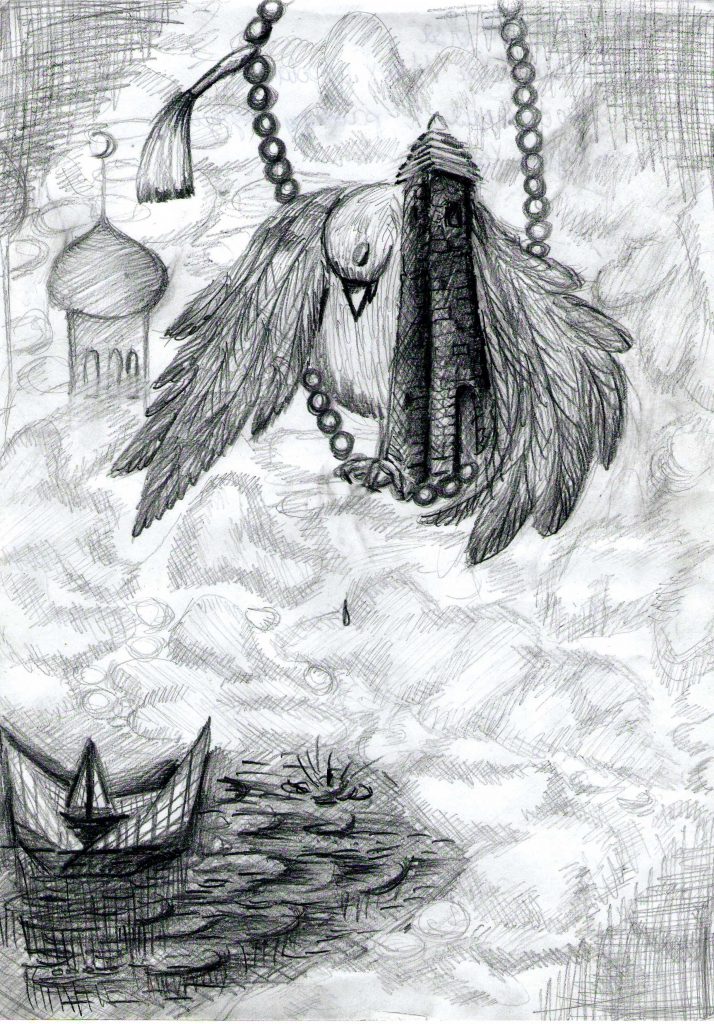 In the Chechen language, the word Evlia refers to “a saint.”

The most distinguished of Chechen saints was the Sheikh Kunta-hadji, the son of Kishi. He was born about 1830 in the village of Isti Su. As a Sufi, and the founder of the Murid Brotherhood, he is widely recognized and revered throughout the entire Islamic world.

When still a child, Kunta-hadji migrated with his parents to the village of Isklan Urt, in the heart of the Chechen territory of Nokhch Mokha in Ichkeria. While still a young man, he began work as a preacher and a teacher.

In those days, the Chechen people were being worn down, driven to desperation by the war with Tsarist Russia.

Then, they heard the message of the great Kunta-hadji, speaking of peace, tranquillity, concord and unity through faith and goodwill.

Since then, the sunlit mountains of Etran—rising high above Nokhch Mokha—have been holy places indeed.

We have no doubt that Kunta-hadji appeared at the most dramatic moment in the history of his people. His preaching and teaching saved the soul of the Chechens from unimaginable miseries—not only in his own day, but also in times to come.

The Murid Brotherhood, which bears his name, has collected many of his sermons and pronouncements. These provide the best witness to the spirit and content of his teaching.

Even as a child, Kunta-hadji would put questions to the older generation. Why do people go to war? Why do they kill each other? Why is there evil in the world? Why doesn’t God simply wipe out all vices from human society?

Kunta-hadji sought answers to these questions—and to many others—in the religious books of the Zhains. When he grew up, he set off for the Arabian world, where wise and enlightened Sheikhs were teaching in the highest schools of Islam.

Unfortunately, we do not know exactly where he studied, but he spent many years in the Arab East (Arabskiy Vostok) world and returned to Chechnya as an adherent of Sufism—a peace-loving form of Islam.

This was in the middle of the nineteenth century. The so-called War of the Caucasus was raging in Chechnya and Daghestan. The Imam Shamil was leading the mountain peoples, attempting to resist the Russian empire by force of arms.

But Kunta-hadji sought a peaceful resolution to their differences with Russia. He knew very well that all-out resistance to Tsarist authority could lead the Chechens to complete annihilation. This was why he was forced to turn to other ideas, seeking to turn highlanders away from bloodshed, towards the path of peace. The principles of Sufism contradicted those of the Gazavat, which demanded that war be waged until final victory was gained.

The outcome of the historic controversy between the Imam (Shamil) and the Evlia (Kunta-hadji) is all too clear. The conqueror came armed with overwhelming strength and cruelty. The long, drawn-out resistance of the highlands of the Northern Caucasus was broken. Shamil, by birth a Gazavat, became an honoured guest of the Russian Tsar and ended his days in the holy city of Mecca.

Kunta-hadji, on the other hand, who had spent his whole life preaching reconciliation, peace, generosity, and justice, was arrested by order of Alexander II in the winter of 1864. He was imprisoned in Novocherkassk and Ustyuzhino and suffered the fate of a common criminal.

Thus Kunta-hadji—a saint indeed—suffered loneliness, cold and hunger. A few of the Sheikh’s letters got through to his family and kinsfolk, and those bear witness to his trials, which he underwent with dignity and patience.

People of many faiths have summoned the human race to strive for goodness, compassion and generosity. They include the Russian, Leo Tolstoy; the Hindu, Mahatma Ghandi; and the Chechen, Kunta-hadji.

To this day the Checehn people remember his words:

“Tie a turban round your heart
Before you tie it on your head.”

“Do you desire to love Allah the Almighty?
Then you must love righteousness.”