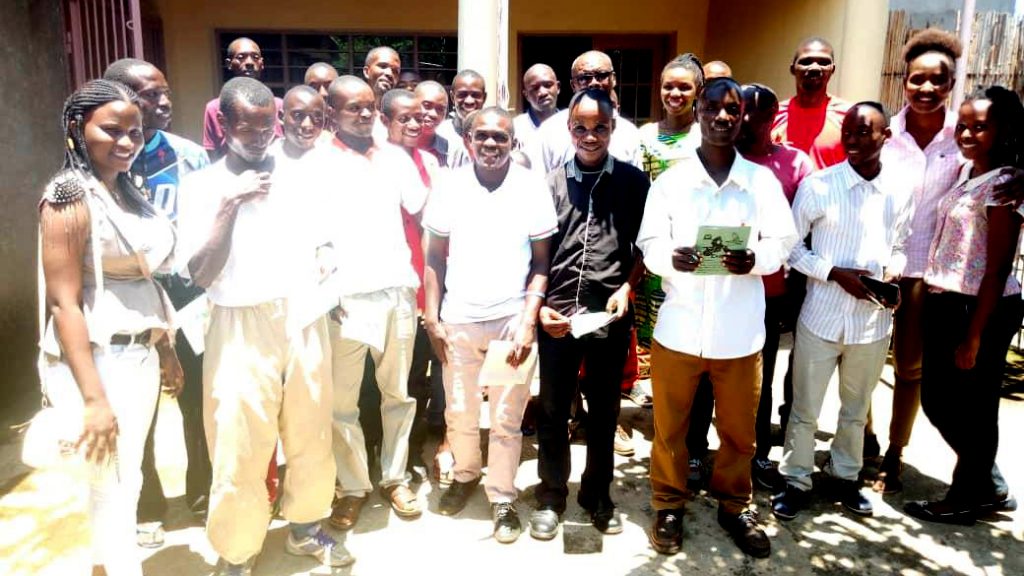 In continuing breaking the cycle of violence and revenge in Burundi in general and Bujumbura in particular, a two days workshop on trauma healing and nonviolent conflict management was conducted in favor of representatives of those working as taxi bike, motorcycle, tricycle and representative of Twa villages. This workshop was organized in collaboration of university students born in Bujumbura

I was born in a family of six children and I belong to the Twa ethnic group or clan. I’m the third child and my father died when I was six years old during the 1993 Burundi crisis. Eighteen members of my maternal family died in that period when participating to the FNL of Rwasa Rebel movement. Since all of them died during we didn’t saw their corpse and we didn’t buried them. We should notice that they did participate voluntarily; but were taken by force and become child soldiers. Those who were mature were convinced to combat for their country. Those who refused were also killed immediately.

After my father’s death, we were taken care of by my grandmother and my sister. She sent us to the primary school. Without taking much time, my grandmother got poisoned by our enemies and died when we were still little children. One young couple took us to their home and continues taking care of us until I finished my elementary school at 15 years old. Along with other young students, we came to Bujumbura and became street kids since we missed where to go. After three months in the street, an organization taking care of street kids met us there and listened to us. The organization took us to its center and reintegrated us to school since we had all documents attesting we had completed the elementary school. After three years there, I got the chance to finish high school. Even though I’m jobless, I’m glad that I have access to continue my university whenever means will be available.

Due to the bad situation I went through, I find myself traumatized and have a series of trauma symptoms starting by isolation, insomnia and so on. I’m glad that I attended this workshop about trauma healing and nonviolent conflict management. It was also encouraging when listening to other’s people traumatic experiences and testimonies of facilitators having been healed.