Reported by Pastor Elie Nahimana, On behalf of HROC Burundi 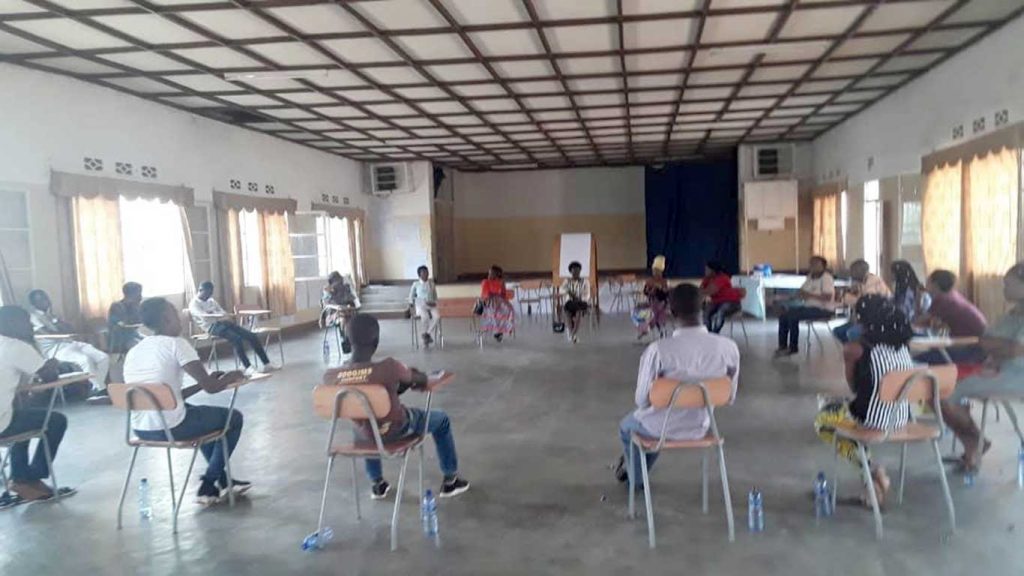 HROC Burundi is a Catholic Relief Services (CRS) partner within the Dukire-Tubane project offering technical services in the community trauma healing domain. It operates as a consultant.

This report covers the period of June and July 2020 where ten three-day workshops on community trauma healing and seven one-day Community Trauma Healing follow-ups were conducted in Bujumbura and Bubanza Provinces.

The ten three-day basic workshops met 200 participants, including 90 males and 110 females. The seven  HROC follow-ups had 128 participants, among them 64 males and 64 females.

There were two crises in June and July: (i) the COVID-19 pandemic, (ii) the unexpected death of President Nkurunziza Pierre.  And we were in the ongoing 2020 election period.

Since December 2019, COVID-19 has frightened the whole world. Since March 2020, Burundi began to acknowledge that it would not be spared when its first case was declared. However, speed to fight the virus was slow as the triple election was under preparation and the campaign for it very close.

CRS and its Dukire-Tubane project pushed to protect its staff, partners and beneficiaries of its project.

On June 6th, the new government showed devoted intention to fight the virus with a 3-month campaign at the national level by applying a 50% reduction in the price of soap and in the price of water for those living in villages and towns that must pay for water.

Since then, there has been cooperation among national and local government, international organizations, and religious groups to prevent and fight against the COVID 19.  The launching of political and diplomatic relations with the European Union and others was even postponed.

Then, the unexpected death of President Nkurunziza Pierre made many Burundians desolate as they feared a new period of incredible violence like we experienced in 1993. The ongoing elections period continued with a kind of incertitude that people felt could not be ended peacefully.  The feeling of desolation continued until the day of the swearing-in of the new President.

The success of the Dukire-Tubane activities planned and accomplished during the last three months period indicates that the contribution of the project in these two provinces since 2017 has made an impact. The extension of the Dukire-Tubane Project was a special decision as it allowed CRS and its partners to stay near the beneficiaries who want to see the project extended to the national level.

I was traumatized by the lack of parent affection. My father left my mother when I was little baby. My mother joined another man that I thought was my father. Seeing the way he was mistreating me, I approached my mother and asked her why that was as it was.  She felt angry and started to mistreat me, too.

One of our neighbors asked me: did you ask your mum where your father is now?  Whenever I asked about my father, I was seriously beaten by both my mother and her new husband. I reached a point where I stopped my studies and fled from their house and became a street kid for a while. Finally, I got to know that my father left my mother and never came back. I feel hurt that I have never seen my father!  After this workshop I come to acknowledge my psychological situation and the way to overcome the trauma left by that. 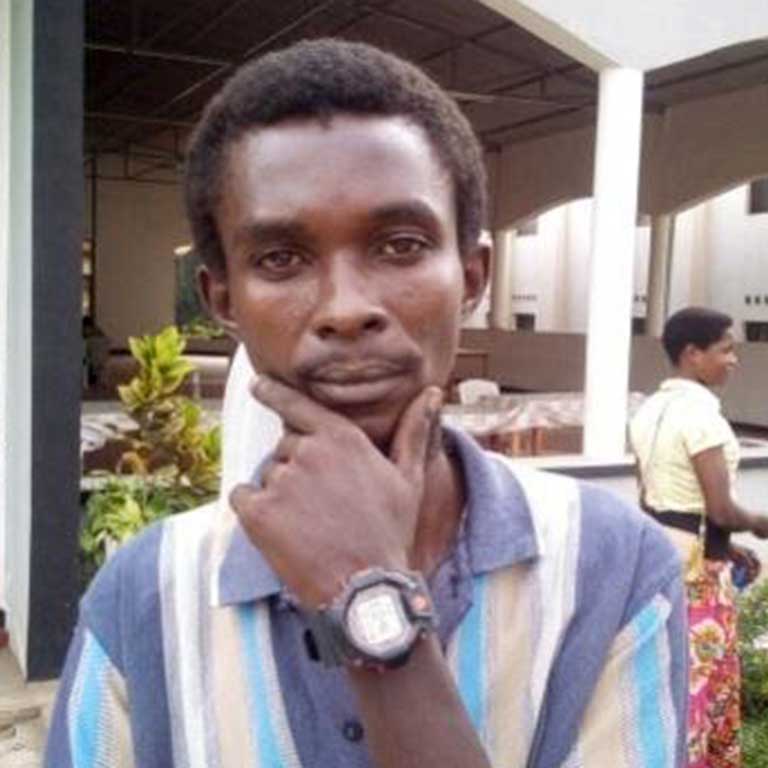 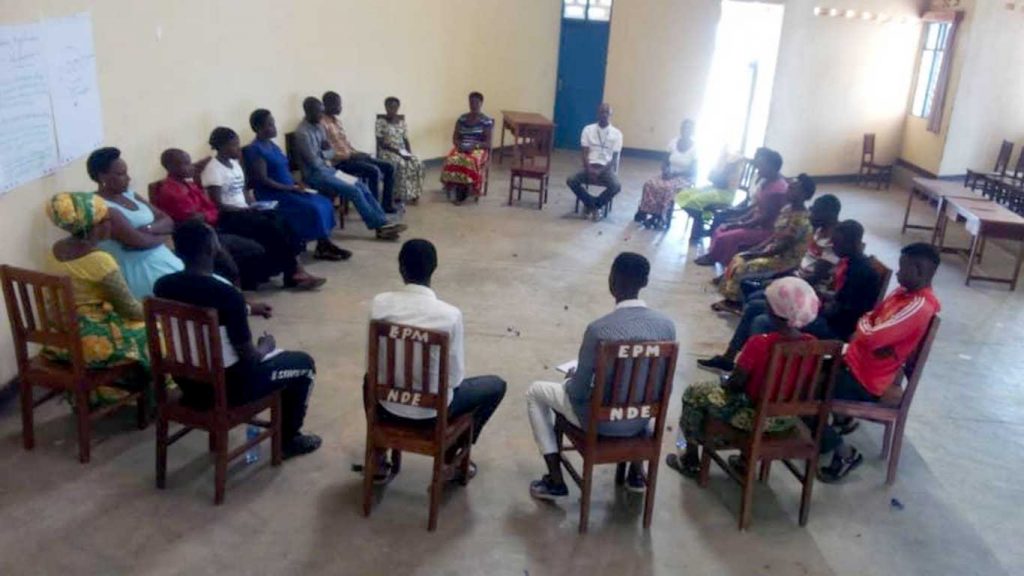 Briefing of the zone of intervention

Bujumbura Mairie and Bubanza were thought to have been the most directly affected by the violence in 2015. To intervene there, a project envisioning community trauma healing and peaceful coexistence and dedicated mainly to youth was agreed upon by CRS and USAID. Its activities feature trauma healing and social cohesion workshops among youth, as well as between youth and local authorities. It also focuses on forming youth savings groups and developing entrepreneurial skills to strengthen resilience.
The main problems we met there are:

The Dukire-Tubane project is helping to address the trauma experienced by youth victims, thus contributing to a sustainable social cohesion amongst them and the whole community. Healing from the trauma facilitates social cohesion and this gives opportunity for youth to identify economic opportunities to address poverty, widely recognized as a driver of political conflict in Burundi.

I was wounded by the death of my uncle. He was a gentle man who loved us. He was still very young and he was pursuing his studies at E.T.S. Kamenge. One day, he came at home and then, he told us that he was going to stay overnight at our grandmother house. My father and other family members tried to convince him to stay with us overnight because of the insecurity during the night outside. Unfortunately, my uncle didn’t accept and he finally left our home. The next day, he was found dead and flowing into the Tanganyika Lake. He was murdered by unknown people for unknown reason. Since then, I have a persistent sadness and other symptoms of trauma. I’m glad to learn how to deal with trauma and starting overcoming grief. 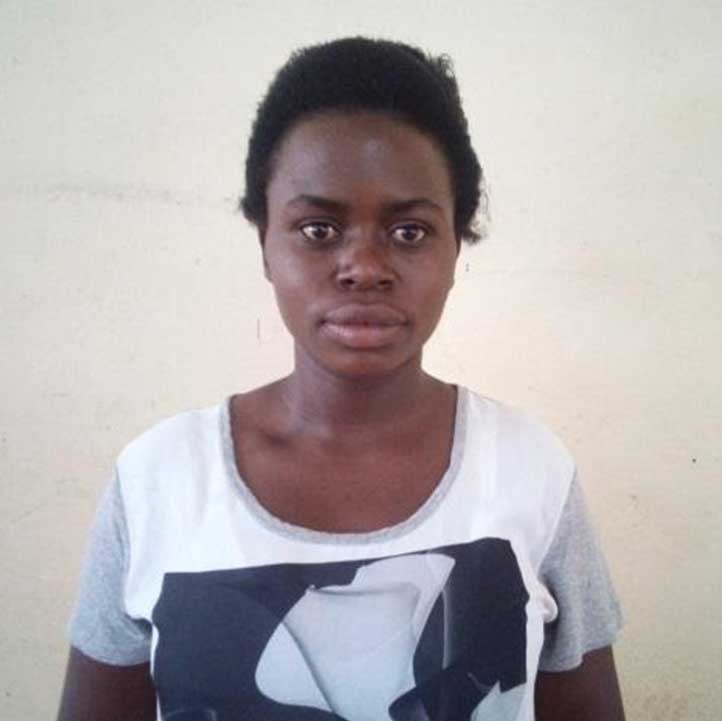 I am orphan of father and mother since my childhood. I was adopted by someone who is not even part of my family. Something which wounded me is the fact that I don’t know to read and write. In addition, when I was growing up, I got married to a Hutu man while I am a Tutsi. My family in law mistreated me under the reason that Tutsi destroy families, according to them. Unreasonable enough they were. I gave birth to both boys and girls. I always lived in shame and I didn’t have self-esteem. However, with “DUKIRE-TUBANE”, I am really comforted. I got friends in the community. I got trust from Hutus even though they did many bad things to me. Bearing in mind my family in law described above, I can confirm that Hutu are now my family. 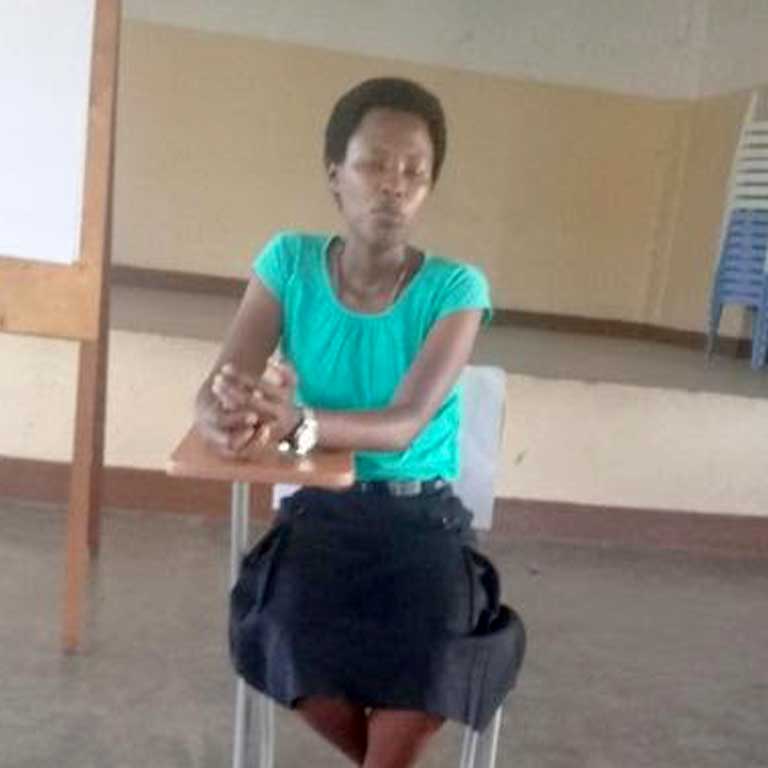 In all the crises that Burundi underwent since its independence, especially the recent one of 2015, youth were active as peace makers but also as conflict makers. They were both perpetrators and victims of violence on both the opposition side and in the ruling party and its allies.

Some participants in our workshops were affected by the 1993 Burundian crisis, mainly those from Bubanza Province, when the crisis of Bujumbura in 2015 left them with a series of consequences piloted by isolation, extreme fear, lack of confidence, and anger.

To assist today’s youth, HROC facilitators use the trauma healing basic curriculum, designed to introduce participants to the concept of trauma, build a sense of trust and community within the workshop, and facilitate initial expression of grief and mourning.  It also introduces stages of a healing process and concrete strategies for dealing with intense anger.  Moving through the four stages of establishing safety, Remembrance, Mourning, Reconnection with Community, and Finding Commonality, the workshop uses as its conceptual framework Judith Herman’s stages of recovery. It adds to this concrete knowledge and skill building for managing the after-effects of trauma

After three to six months, participants who attended the three-day workshops are invited to a one-day follow-up session and community celebration as a way of expanding the healing.