Skip to content
Healing and Rebuilding Our Community in Colombia

Healing and Rebuilding Our Community in Colombia 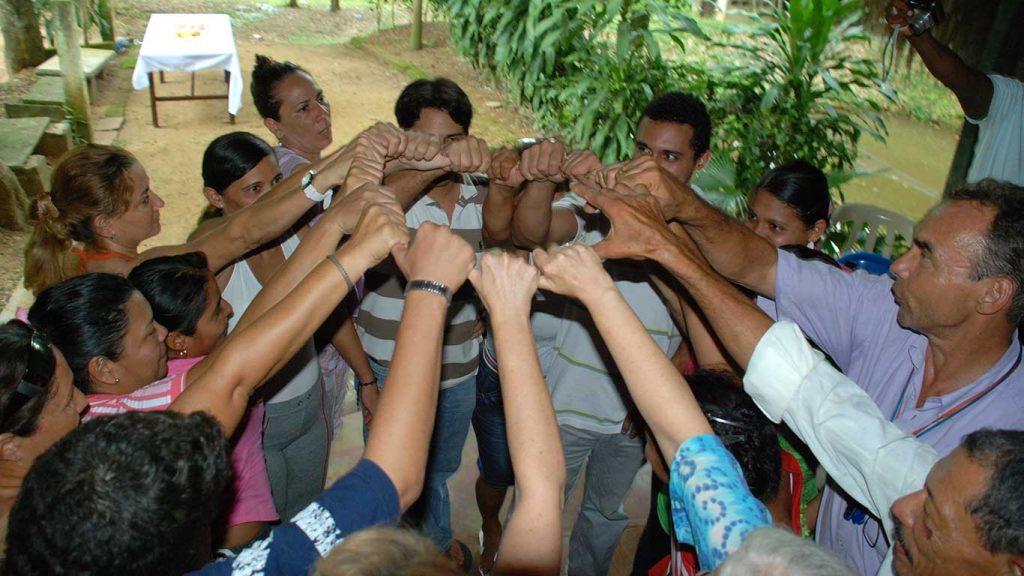 Because of the success of the HROC program in Africa, we, the Peacebuilding en Las Américas Working Group of Friends Peace Teams, decided to expand the program for possible use in Colombia. We had originally hoped to have two of our African colleagues join us in Colombia this past summer, but we encountered visa problems for them, which could not be resolved. Instead I facilitated two sample workshops with Val Liveoak, coordinator of our working group, from South Central Yearly Meeting and Alba Arrieta from Colombia. A translator, Antero Cortes, came with us as an interpreter for me.

The trauma healing basic curriculum is designed to introduce participants to the concept of trauma, build a sense of trust and community within the workshop, and facilitate initial expression of grief and mourning. It also introduces stages of a healing process and concrete strategies for beginning the healing journey.

Moving through the four stages of Establishing Safety, Remembrance and Mourning, Reconnection with Community, and Finding Commonality, the workshop uses as its conceptual framework Judith Herman’s stages of recovery adding concrete knowledge and skill building for managing the aftereffects of trauma. The curriculum has a number of exercises from various sources and was written in collaboration with Rwandans and Burundians. Some of the workshop participants had had AVP and, therefore, were familiar with some basic concepts such as active listening, affirmations, communication, which added to the overall usefulness of the material.

The format is intentionally nonhierarchical to promote group participation. In Africa, the facilitation team and often the participants are balanced by gender and ethnic group, as well as other factors, such as including displaced persons and ex-combatants. In Colombia, we will balance the team by gender and we hope each team has some displaced persons on it. In Colombia, there is not yet a peace agreement and therefore it may be difficult to include ex-combatants in large numbers, although at least one of the participants in one the sample workshops was in fact an ex-combatant.

The Colombian AVP facilitators are also in the process of contacting other community groups to see how to network with them in this goal of community trauma healing. The AVP facilitators in Colombia have worked with other groups such as church leaders and Catholic religious communities whose social ministry is with vulnerable populations, teachers and directors of high schools, community leaders who work with at-risk youth, non-governmental organizations which work with young people who have left the ranks of illegal armed groups (the paramilitaries and the guerrillas, for example), and professionals whose work is in the field of conflict resolution.

*Self-Care activity: Stand on the line. Participants are asked to place themselves in a line from least to most self care. After describing their location and why they chose it, participants then place themselves on the same line where they would like to be. A moving moment happened when the group pulled a low-rated participant up to a higher level of self care in the second round.

“When I was standing on the line, I saw a reality that I am not doing anything (to take care of myself). I saw myself low on the line. I wanted to experience what it would be like to be at 60 so I came back up here on the line. I want to keep going until I can be at 100.” 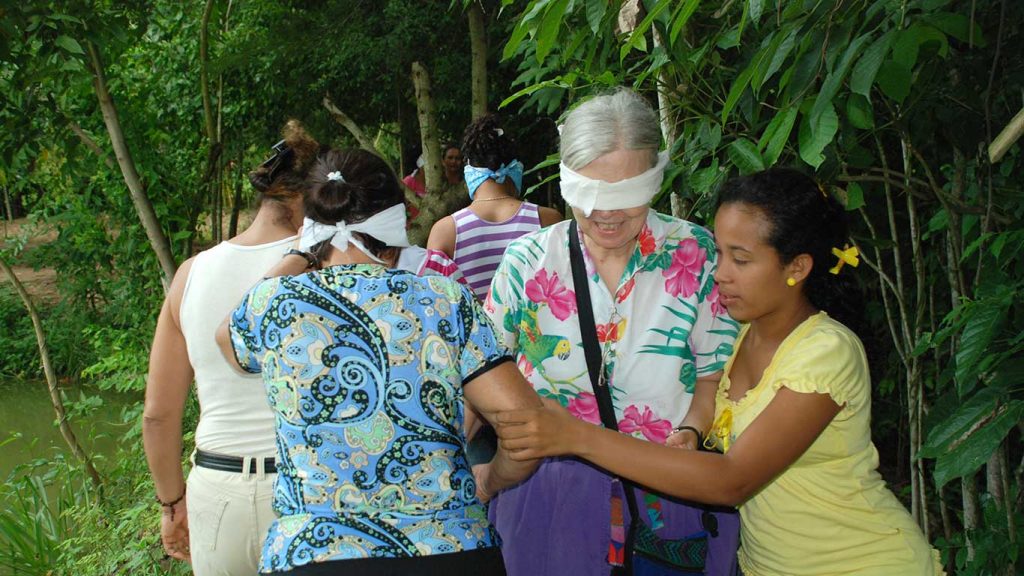 *Support group exercise: This activity gives practice with empathetic listening and sharing oneself more fully during the course of the workshop. It is also a possible forerunner to peer support groups. One of the main activities of the support groups was to report or tell the group about their journal writing, which has been found to be quite helpful in recovering from trauma.

“I look at the losses I’ve had in a different way. I’ve been writing a letter to God and found that trauma can be overcome. I always hoped for healing and wellness in my life. There is life and hope.”

Regarding support groups: “Sometimes you hide or go off on your own. You don’t see the point of support. It’s important to understand that we do need each other. We need somebody to listen.” 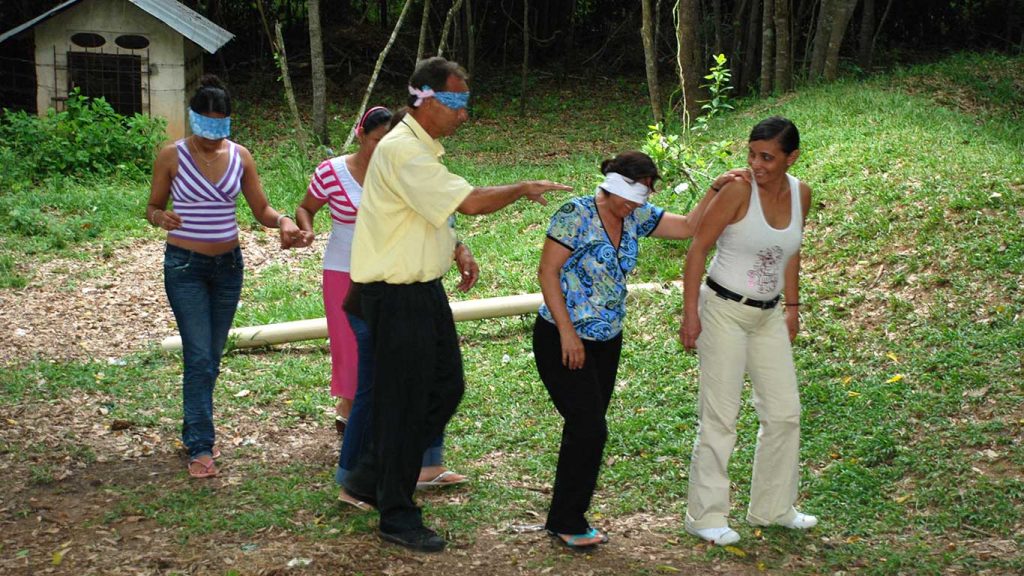 *Concentric Circles: This exercise helps participants identify their sources of strength and the wisdom they have gained through difficult life experiences and see themselves and one another as resilient human beings. They are also able to articulate sources of strength that can help in the future. Telling one’s story is important in healing and it is very important that the person be able to tell parts of story in ways that are not overwhelming to them. People avoid thinking about or telling their stories because it feels too overwhelming to them. Being able to talk about their trauma or loss in short segments is one of the major tasks of trauma healing. The person then feels as if they can manage talking about their life, by speaking for 2-3 minutes on topics addressing these issues.

*A personal loss: This exercise helps participants to remember someone or something they have lost, to honor what was lost and have compassion for what they have experienced, and to guide them through the process of loss, grief, and mourning. This exercise occurred after discussions about traumatic stress and loss, mourning and grief.

“I learned it was important to identify or explain that which I lost. To feel is to let the tension go. When we do that we can turn the page a little faster (in the healing process).”

“That exercise helped me explore that which was hidden. It allowed me to process the pain.”

*Healing ritual: This exercise helps participants have a way to honor grief and healing and to be able to see the loss in context of their life. A ritual is a way of honoring a process of grief and healing.  Many times we have not had the times or circumstances or ability to honor our losses.  This ritual allows people to honor their losses through remembering a “positive significant/meaningful moment” connected with the person or place or thing. Each person had an opportunity to develop a living sculpture of the “significant/meaningful moment” related to the loss, person, place or thing.

“When we dramatized things out it was like a housecleaning. We started addressing things and leaving some things behind. We can take steps toward healing.”

*Trust exercises: Trust is often lost in times of trauma and we explored issues related to trust in a number of exercises.

*Other exercises: There were many other exercises over the three day workshop including “light and livelies,” small group discussions and didactic sessions on understanding traumatic stress and stages of grief. 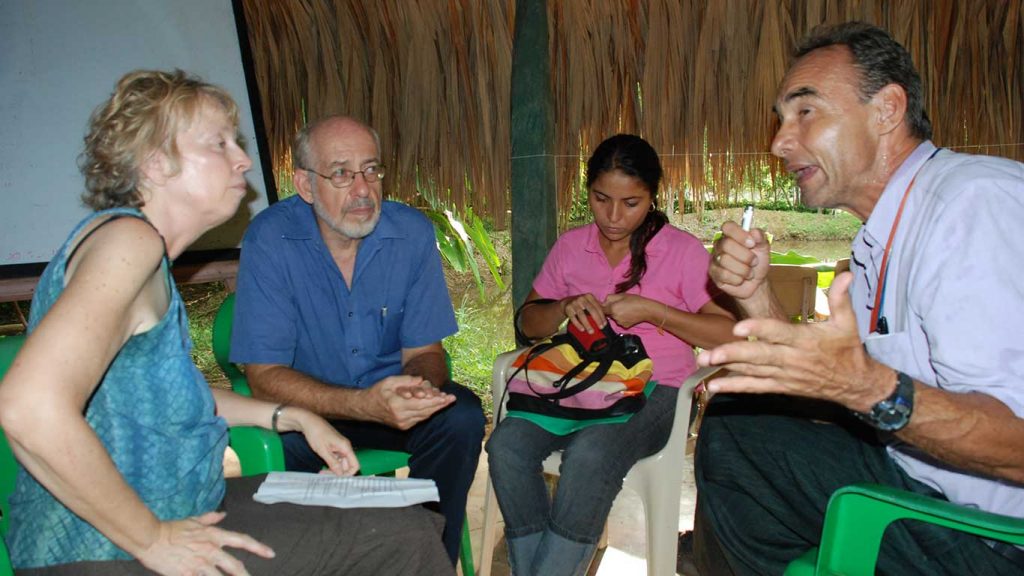 “It seems I was lost before and I have found myself again.”

“Now I look at my life differently.”

“Helped to restore my life. I needed to unlearn some things in order to learn the new. I can respect myself. I can believe in myself. I will share this with others.”

“I looked within myself. I can see that in three days it is possible to construct community. It has also affected my life. I take a new knowledge and ways to apply this to my life.” 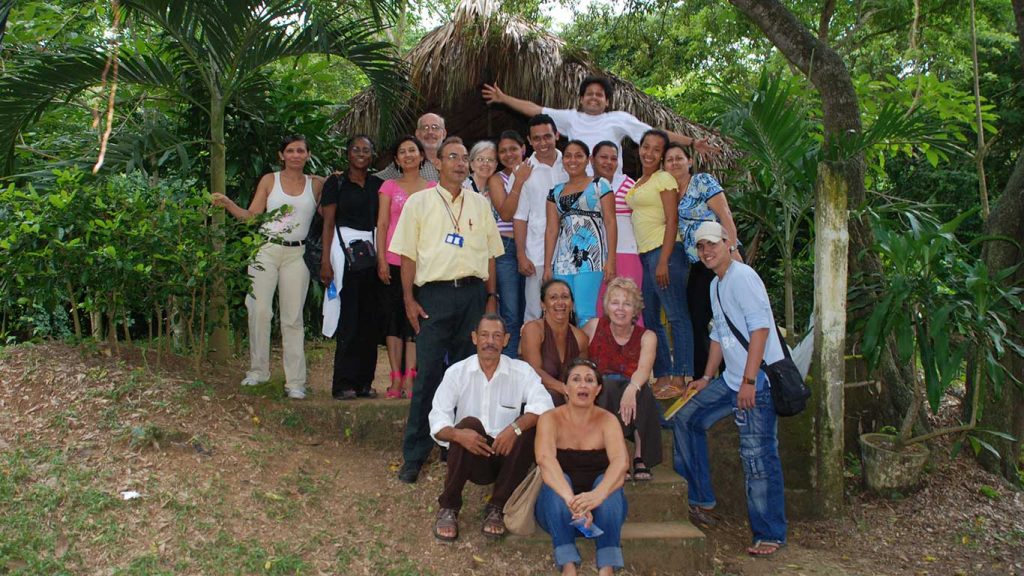 We are in the process of planning more of these workshops for later on in the fall on the northern coast of Colombia. In the spring we hope to have enough potential facilitators to have a training workshop for facilitators and then more workshops for participants. We are always looking for more sources of funding and donations. If you would like further information, or can help with arranging talking engagements, speaking to possible donors, fundraising, or help with publications or website design, please call me or email me, or contact our office.