Skip to content
Good Stories from the Children of Barak Induk, North Sumatra

Good Stories from the Children of Barak Induk, North Sumatra 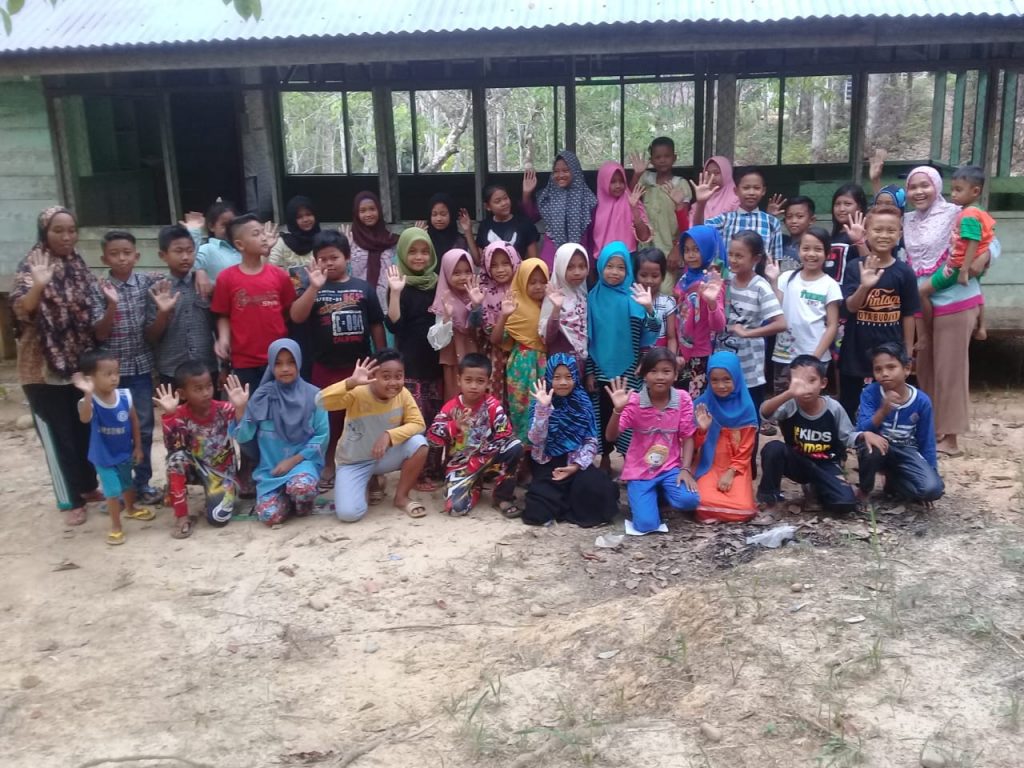 Ani and Egi are working towards creating a peaceful society after graduating from college in Early Childhood Education thanks to Friends Peace Teams. These sisters were driven from Aceh in 2000 during the armed conflict. They now live with their families in Barak Induk.

The Power of Goodness Peace Library activities have helped them reach out to create a peaceful society. Currently they focus on children four to 16 years old. They facilitated a workshop with 36 children, grades 4, 5 and 6 (March 3, 2019). From this group, 27 children met again on March 27. They then facilitated a workshop with eleven junior high school teenagers (March 9).

These 140-minute, one-session workshops build the power of goodness among children who live in the mountains of North Sumatra, Indonesia. They help the children practice relying on the goodness in oneself and within others, speaking politely and reducing their angry outbursts.

After attending the activities, Cici said that through this training she learned how to act more politely and with more discipline. Yuna said that she felt strange and awkward when she had to talk about her goodness. Dimas also said he was confused when he had to speak about his kindness to his friends.

During the violence session, one of the children circled three words: namely drugs, harassment and being beaten. From the three words he talked about drugs. He had seen teenagers smoking marijuana in the field. He felt curious. What kind of object was smoked and did it cause pain? He said the curiosity passed, and he went straight home. Another child circled: slapped, robbed and beaten. He talked about his experience of being slapped by his father. This happened in the field when he asked for money for snacks. When slapped he felt embarrassed and hurt, and finally he cried. He felt the event ended after finishing crying and buying the snacks. A fourth child circled: steal, snatch and pinch. He pinched his friend until he fell down because he was so annoyed that his friend was teasing him. The event happened in class. The feeling ended when his friend apologized and he also apologized.

Dini said that the atmosphere of this activity was fun, comfortable and showed a lot of friendliness and kindness. For Dinda, she found that this made her want to look after her younger siblings, clean the house and study harder, because her power for good is the motivation to make changes. 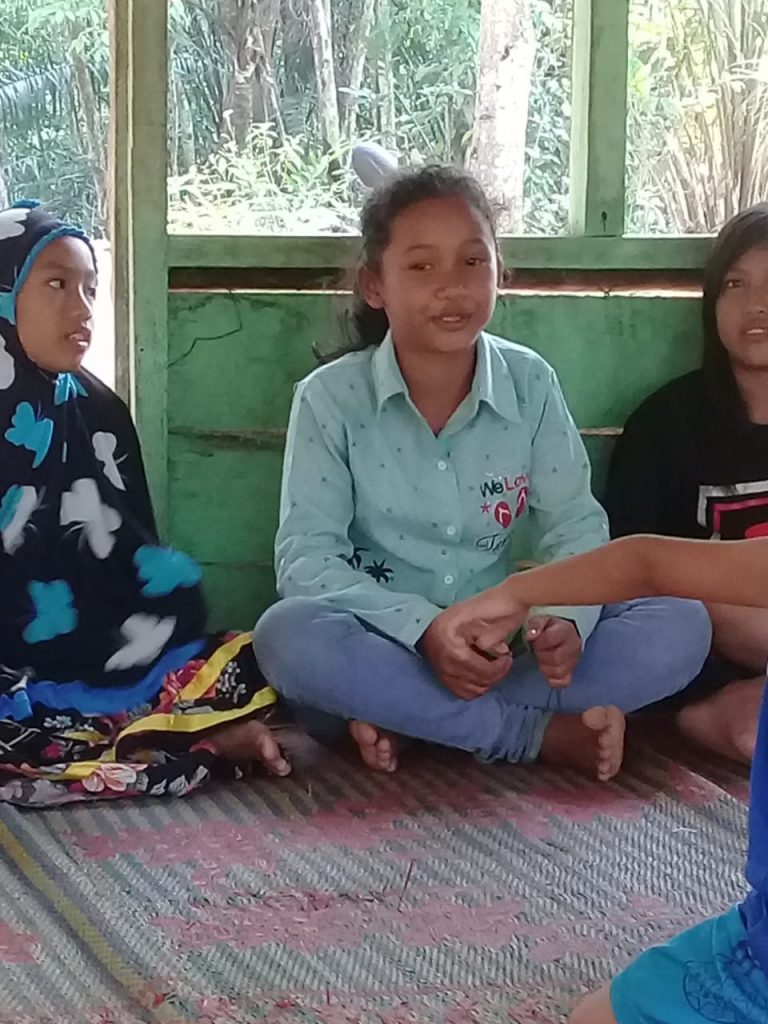 Dini with light green clothes in the opening session, said She was happy with the place and the comfortable atmosphere. 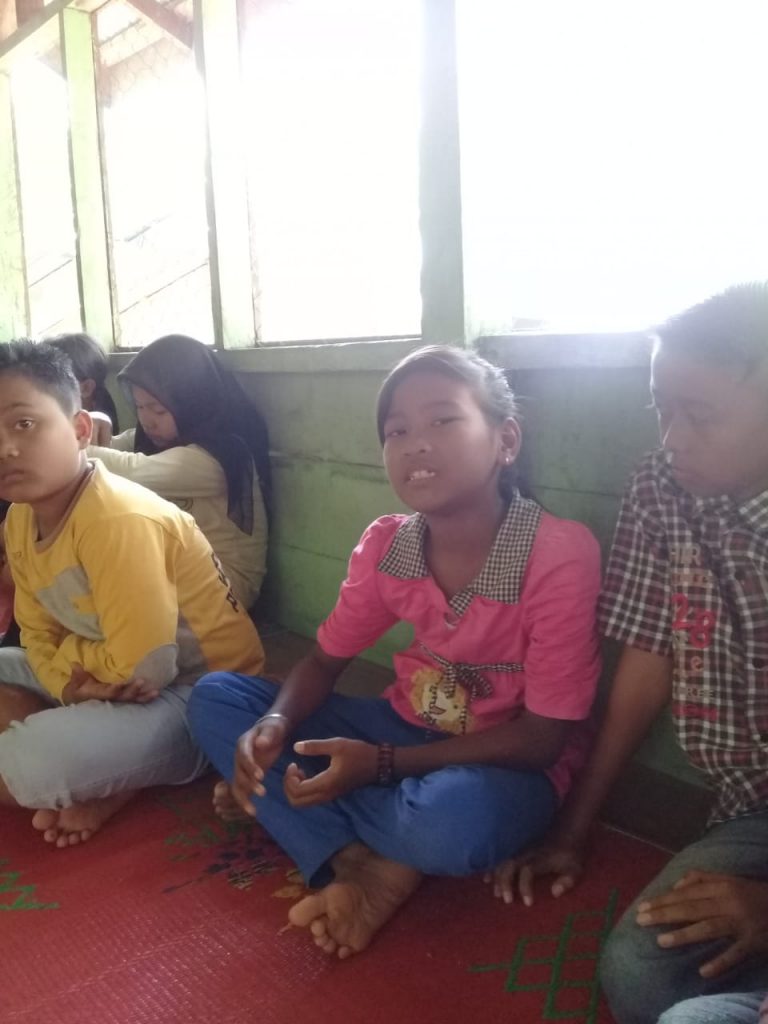 Dinda with a pink shirt said that she learned from friends’ stories about three good things: keeping a little sister, cleaning the house and studying hard.