In 2018 fiscal year, our medical doctors consulted a total of 881 people, and our nurses received a total of 4781 people including 3226 adults and 1555 children. A total of 3198 people received pre and post HIV test counseling and were tested for HIV. 126 out of the 166 people detected HIV+ were women for 8% of seropositivity. At the end of October 2018, FWA had 269 patients under ARVs treatment followed at NTASEKA Clinic including 216 women and 53 men. This includes monthly discussion groups on HIV/AIDS, nutritional support, and home visits.

After the death of all my parents in 1993, I found myself in an internally displaced persons’ camp. In this camp I was sexually abused by a soldier until I had two children — the first at the age of 14 and the second at the age of 16. After I separated from the soldier, I became a sex worker, first in the countryside and then here in Bujumbura. I got HIV/AIDS when I was a sex worker. The reason why I came for HIV voluntary testing was that I lost weight every day. I always had headaches, temperature, and oral thrush. When I started ARV treatment, my health began to improve.

For now, I greatly appreciate the discussion groups because it is an opportunity to meet those who have the same HIV+ status as me. I have been a member of a self-help group for one year. For many years, I had received training in a sewing center, but I had never managed to have capital to have my own machine. Now I was able to receive a loan of 150.000 francs ($86) from my self-help group. I was able to buy a sewing machine. At the moment, my children can eat three times a day and can go to school easily.

In the year 2018, there were eight GBV workshops with a total of 160 participants including 80 religious leaders and 80 community elected leaders. A three day retreat on self-care and capacity building was organized for 25 GBV facilitators, three workshops on conflict transformation, and one workshop on national rules on families and homes for young people. On June 29, 2018, they organized a community celebration to raise awareness against GBV. 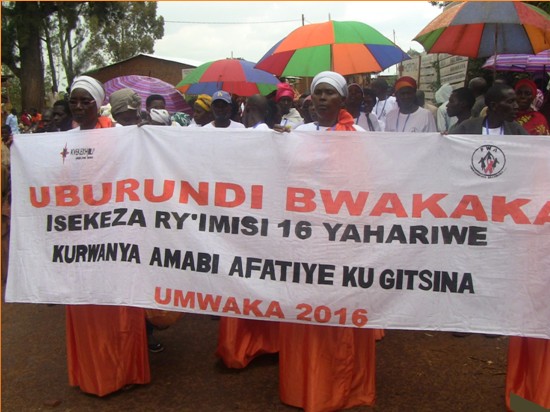 In 2018, FWA conducted 11 trauma healing workshops, free medical care and home visits for gender based violence survivors. At the end of October 2018, we had a total of 25 self-help groups. 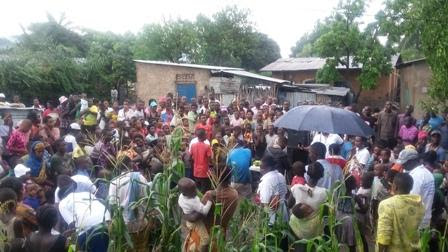 A total of 10 community sensitization presentations on family planning were done. A total of 2400 people were reached. Burundi has one of the highest fertility rates in the world. During the year a total of 3822 women received contraceptives.

The Street Business School trains vulnerable women to be empowered to be able to identify what kind of business is needed in their respective communities and how to market their business.

FWA has started a new service , Pre-natal Consultation, for the prevention of transmission of HIV from mother to child. This has led to the beginning of the construction of a Maternity Ward as women, after they have done all the four pre-natal consultations, prefer to deliver at the clinic.

To learn more about Friends Women’s Association in Burundi, visit their website.