For Women, Healing is Political 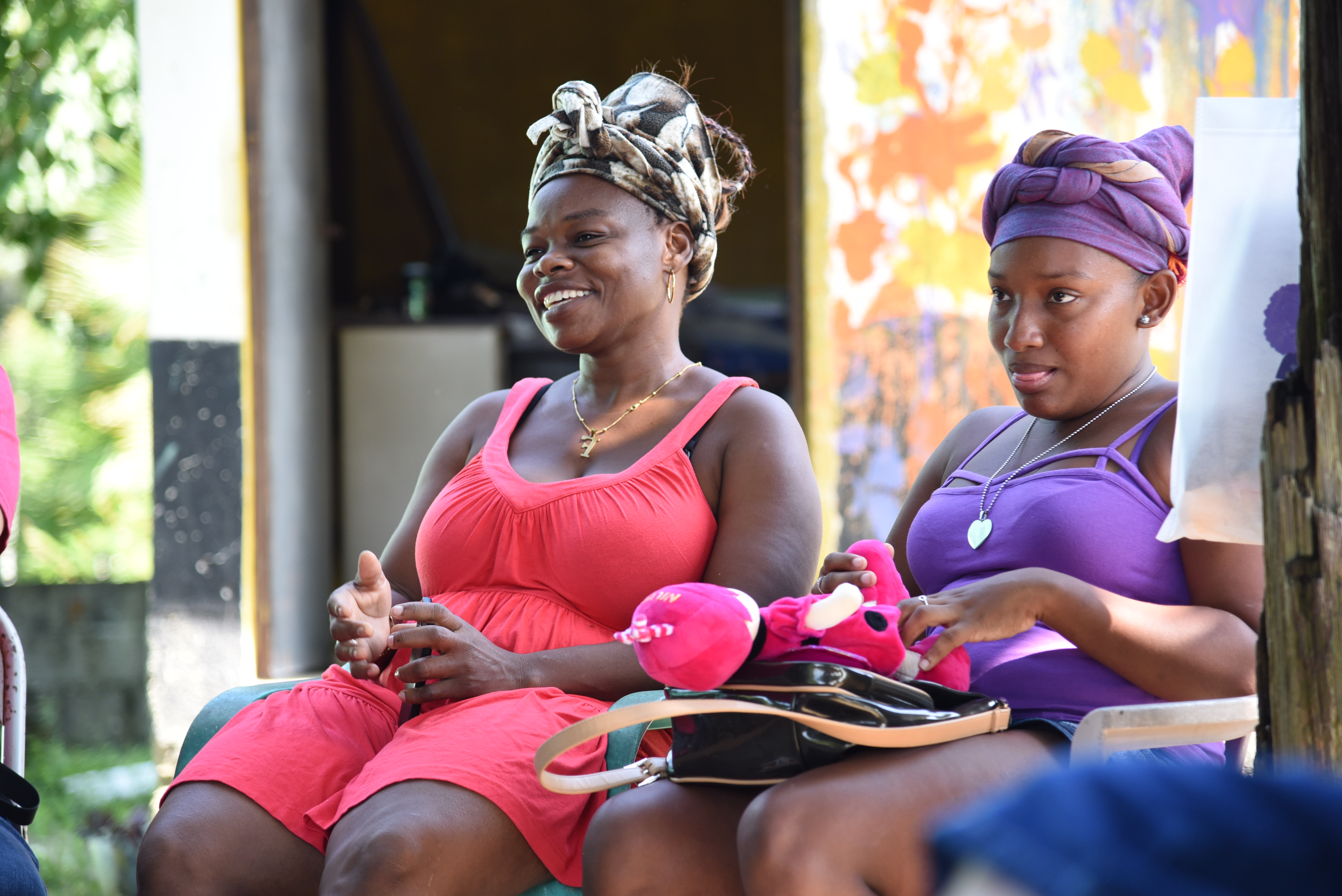 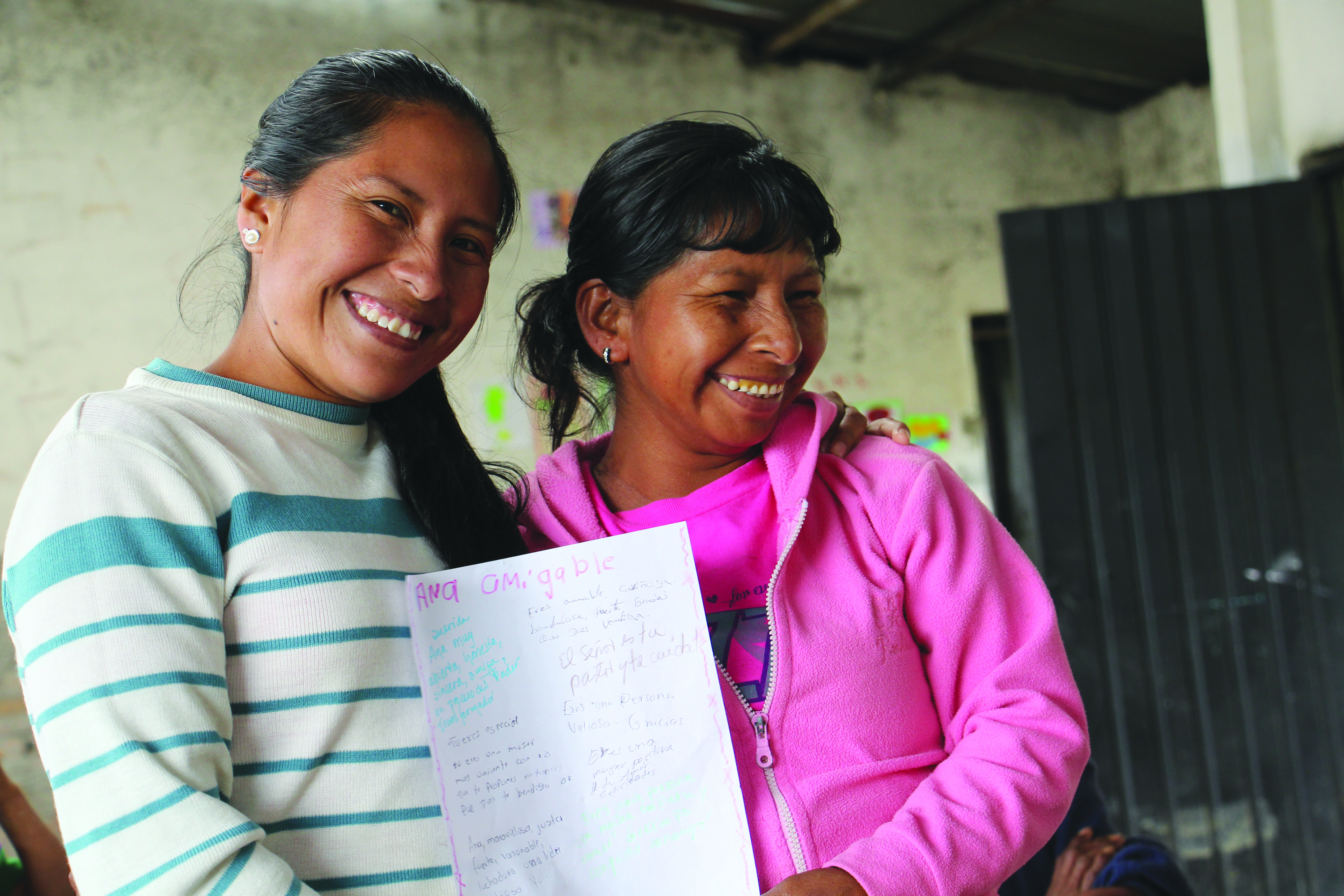 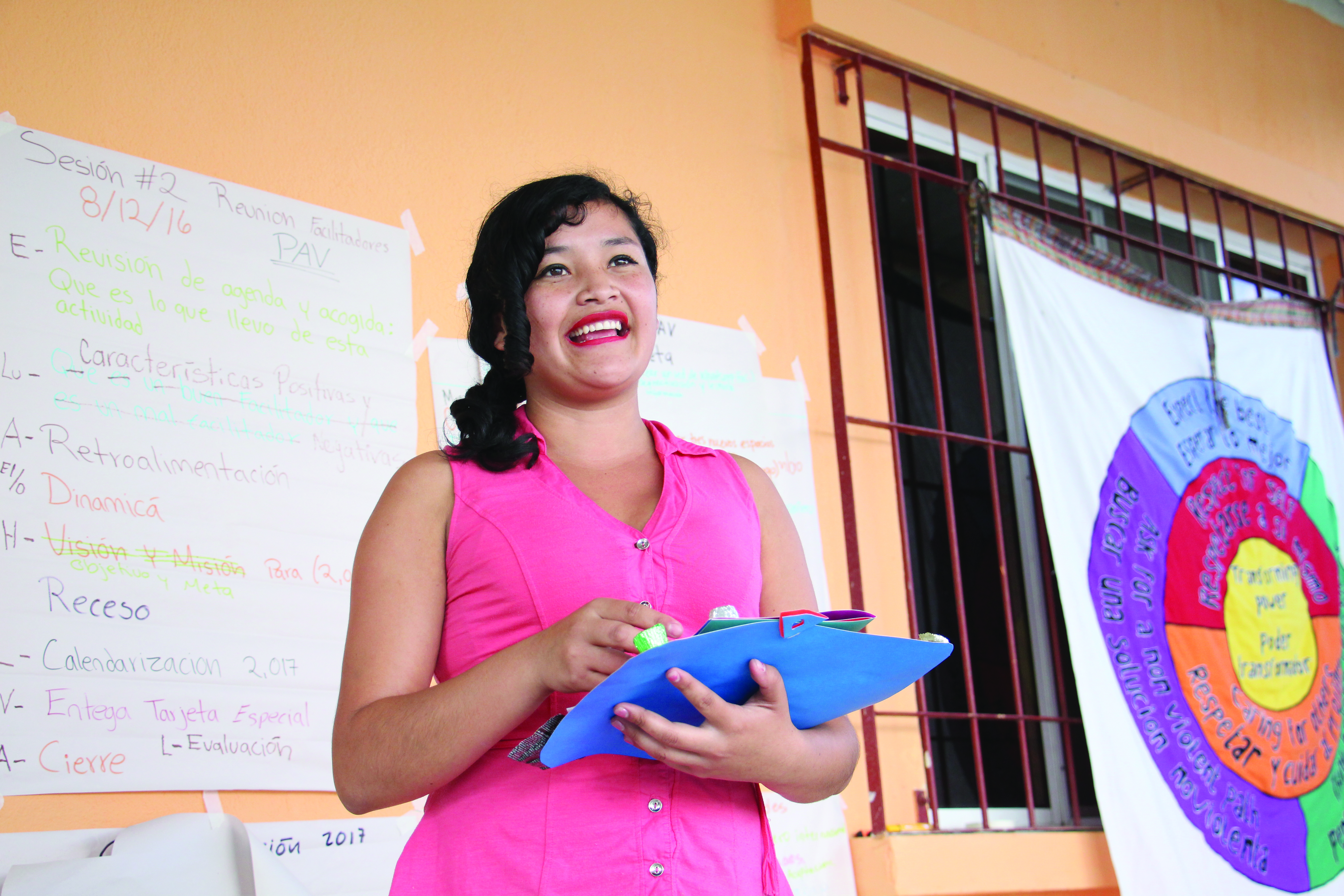 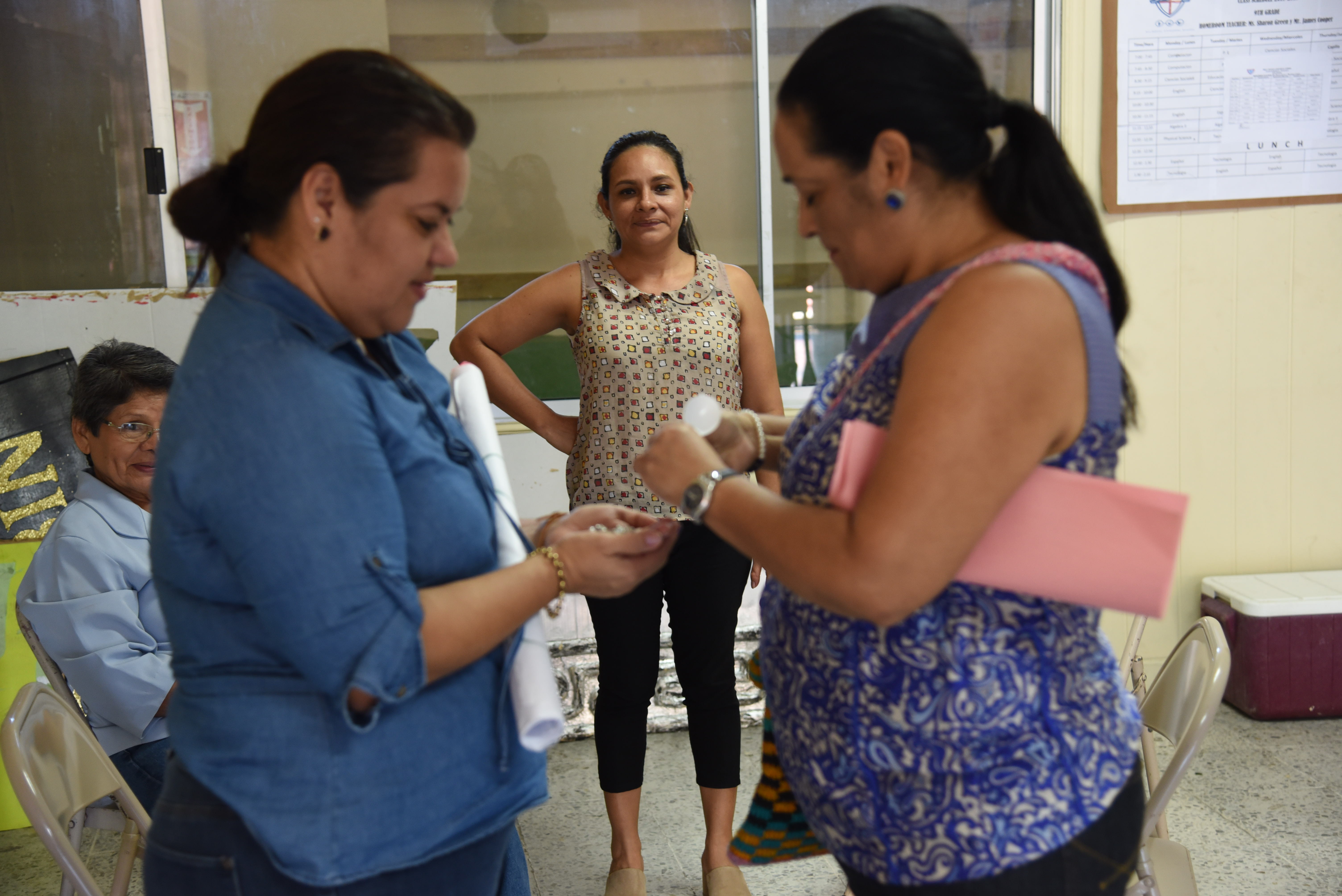 Left to Right: Garifuna Women in Honduras; Nasa Indigenous Women in Colombia; Youth Facilitator at Peace Schools in Guatemala; and Facilitators at a Trauma Healing Workshop in Honduras

For over 15 years, Peacebuilding en las Américas (PLA) has accompanied courageous women throughout Colombia, El Salvador, Guatemala, and Honduras as they work for gender equality and nonviolent conflict transformation in their communities. Women make up the majority of participants in Alternatives to Violence Project (AVP) workshops sponsored by PLA throughout the continent. Additionally, women are at the forefront of bringing AVP to others as facilitators.

The 75 Franciscan nuns trained in AVP that bring workshops to schools and communities across war-torn areas in Colombia. . . .The female facilitator who traveled 52 hours in a bus to bring workshops to indigenous Arhuaco communities in isolated war-torn Sierra Nevada mountains in Colombia. . . .The mothers of the disappeared and assassinated in El Salvador who have provided a consistent voice of nonviolent resistance since 1980. . . .Female facilitators in Guatemala who facilitate workshops with police officers, schools, communities. . . Tolupan indigenous women fighting for their rights against illegal mining in Honduras. . . .Garifuna women joining together in opposition against rampant sexual violence and usurpation of their ancestral lands. . . .Female facilitators train incarcerated men separated from gangs and empower them in their rehabilitation. . . . 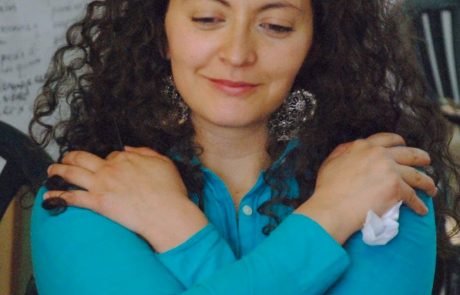 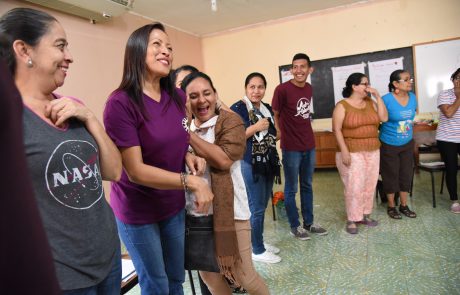 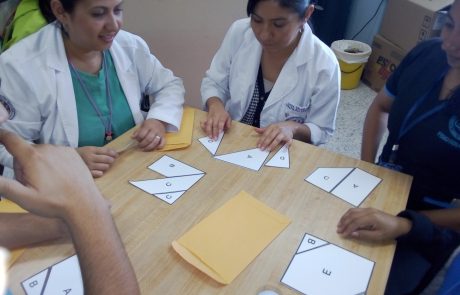 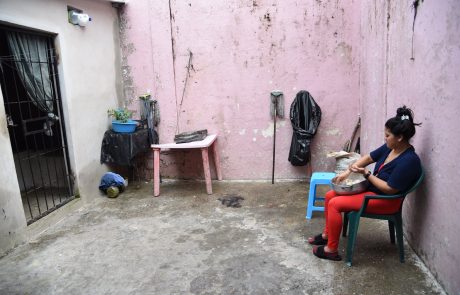 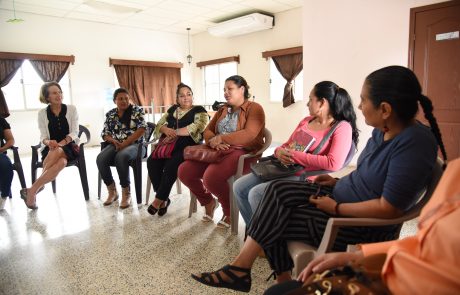 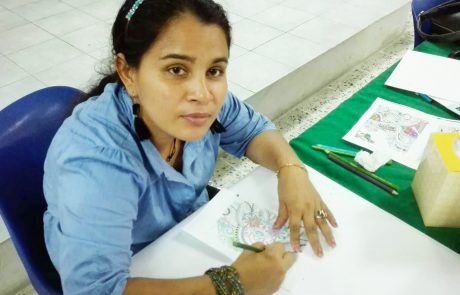 Yet, violence against women propels many women and children to migrate and seek refuge in the U.S. “In 2008, the number of asylum seekers from Honduras and neighboring El Salvador and Guatemala increased by 500 percent… For many of the women, it is not about escaping poverty, it may be life and death. U.S. government statistics found that, in 2015, 82 percent of female asylum seekers from these three nations had ‘credible fear of persecution or violence,’ the most basic criteria for advancing an asylum claim.”

Through our partnerships, PLA witnesses how AVP workshops strengthen a woman’s self-esteem, political and social agency, awareness of human rights, and connection to others. For many women, these workshops provide one of the only accessible spaces for personal and collective healing. They provide essential tools for addressing extreme trauma and oppression that many women experience in their homes and society.

Though there are many nonviolence methodologies being used throughout the region, AVP is unique in that it trains local leaders to become facilitators and is thereby self-sustainable.