Food Distribution in Gicumbi District During COVID-19 in July 2020

Prepared by the Field Staff  of the Transformational Leadership Center “TLC Rwanda and Mukamanzi Therese accountant of the Children’s Peace Libraries and TLC: Theophile UWINGIYIMANA and Therese Mukamanzi 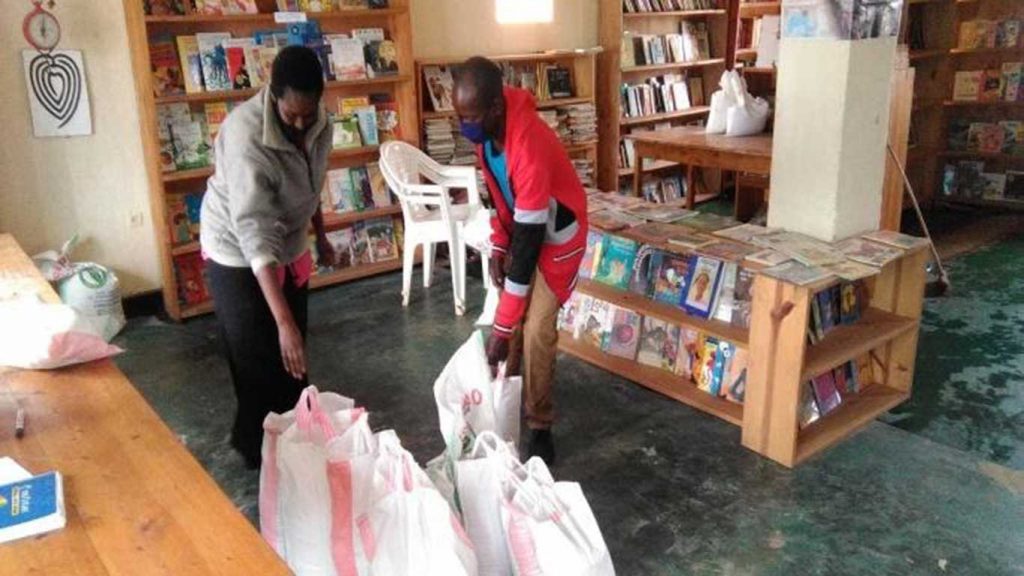 Rwanda, like other countries in the world, encountered challenges due to COVID-19. Rwanda’s government pushed for a lockdown because it cares about it’s citizens.  Rwanda is a country whose GDP, a key indicator of economic activity, is low compared to other countries, especially developed ones. The government has tried it’s best to help people get food on a daily basis because most people have lost their jobs during the lockdown. The issues of where and how to get food, however, are extremely challenging.

TLC, as a partner of the Rwanda government, normally works with vulnerable people, especially those who are in category 1 and 2 of economic recovery. TLC intervened in the action of dispensing food to its beneficiaries and others in Gicumbi district. TLC’s contribution was really appreciated by local government  and citizens. Since TLC began dispensing food in March, TLC has helped more than 300 households with more than three tons of beans and maize flour  distributed in Gicumbi district.  During COVID-19, the issue of where to get food is very complicated due to the different problems that the government of Rwanda and the citizens are facing during that miserable time. One of the duties that TLC has here in Rwanda as an NGO is to make sure  that vulnerable people have healthy and positive development in their households. This is why TLC strives to advocate for the improved health of  vulnerable people. 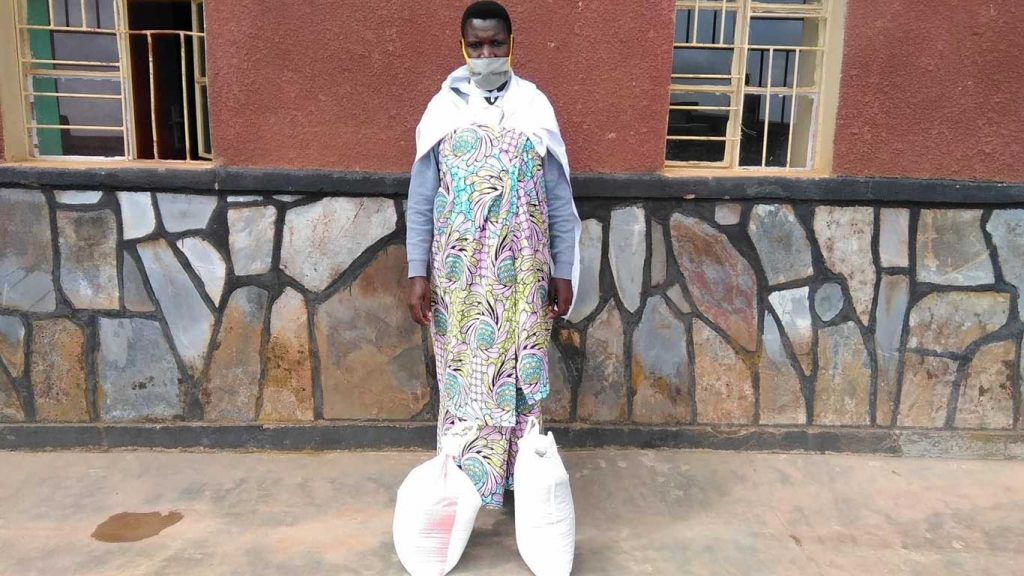 On July 10, 2020, the Covid-19 funds from AGLI/Friends Peace Teams were used by the Children’s Peace Libraries under TLC to distribute food to its beneficiaries. Food was given to its Village agents and other vulnerable families in Gicumbi district in order to provide comfort during COVID-19. They received Maize Flour and Beans for use at their homes with the families. They are also given health insurance and masks because masks are now mandatory in Rwanda. The masks are crafted by women in Gicumbi, a project that also got funds from AGLI. 56 households (families) were helped on July 10, 2020.

The Village Agents are volunteers that are selected after being trained with others in the Farmer Field Schools (FFS) groups and in the Savings for Life (SFL) groups. They shows the ability and willingness of groups as volunteers.

In total with AGLI funds, 66 households, reaching 346 family members, received food and materials for Covid-19 protection.  TLC continues to contribute as much as it can to the citizens and government in order to make sure families are safe and fed.  TLC also wishes to advocate for better health and development of vulnerable people. The people helped gave thanks to everyone who contributed to the food and materials.