By Asya Vasaeva — Set in Chechnya 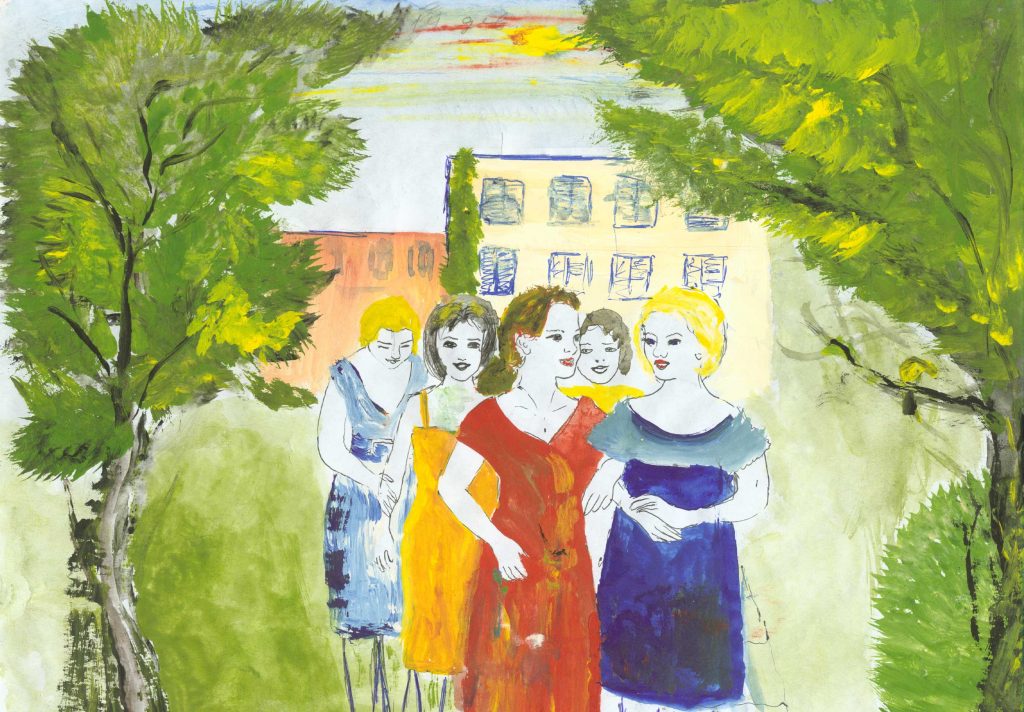 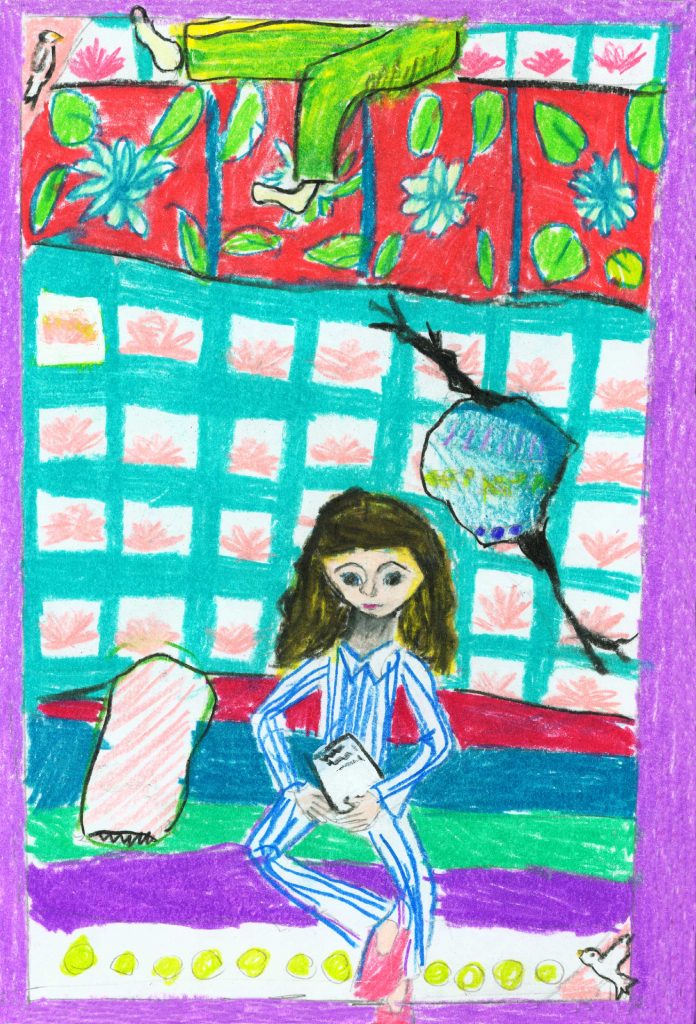 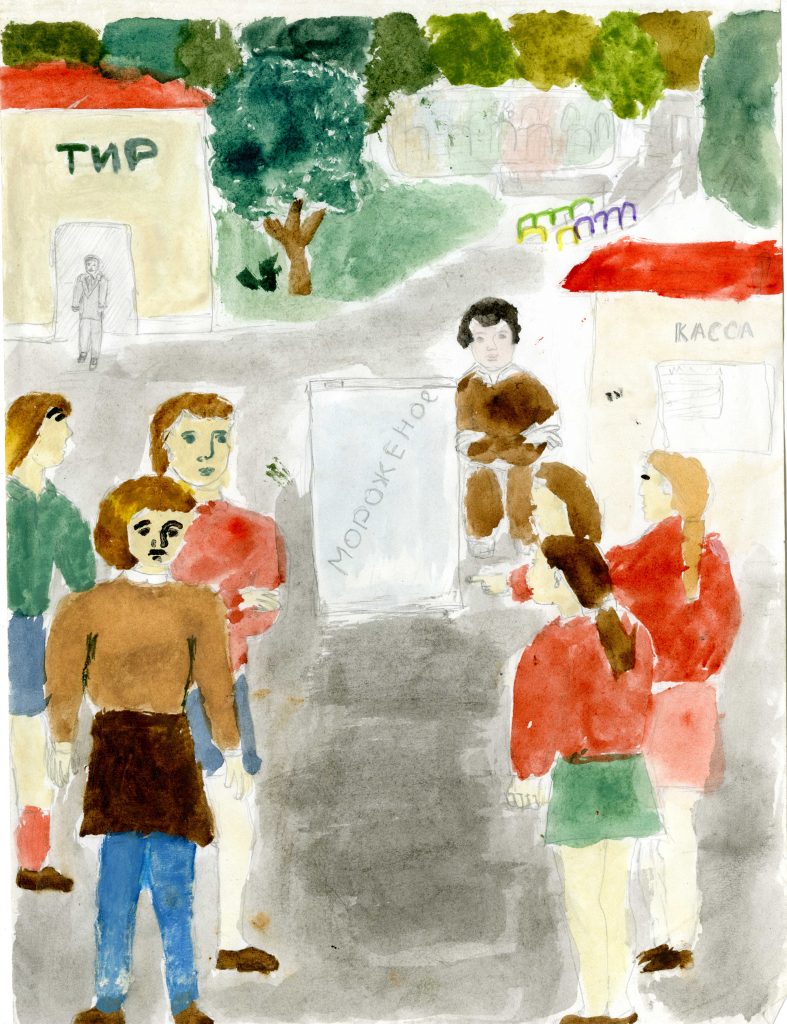 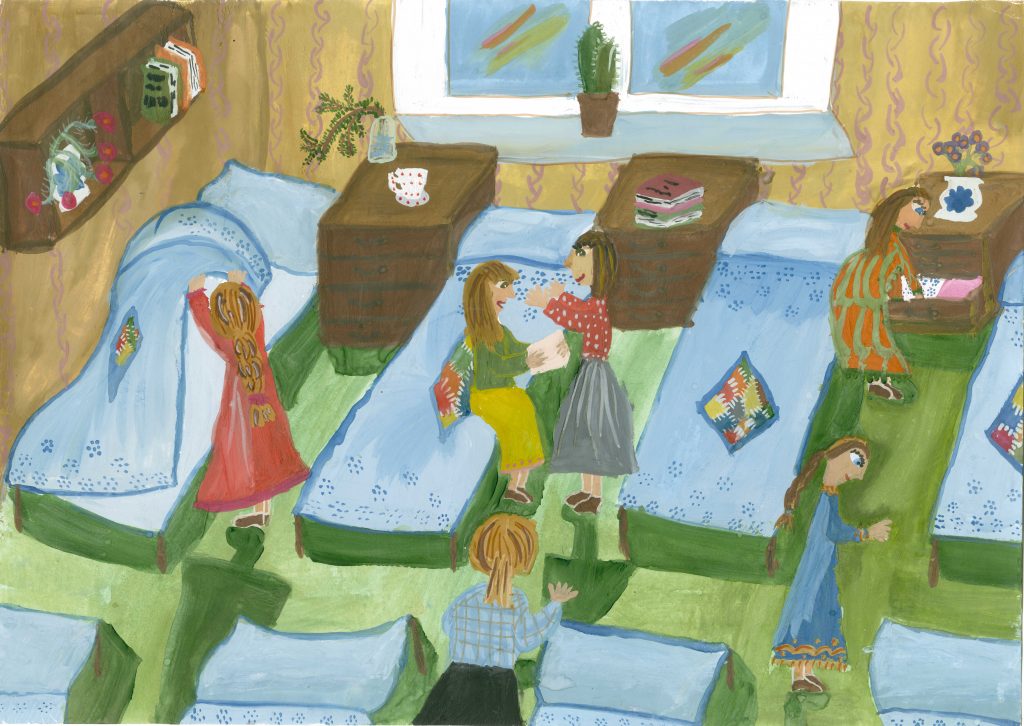 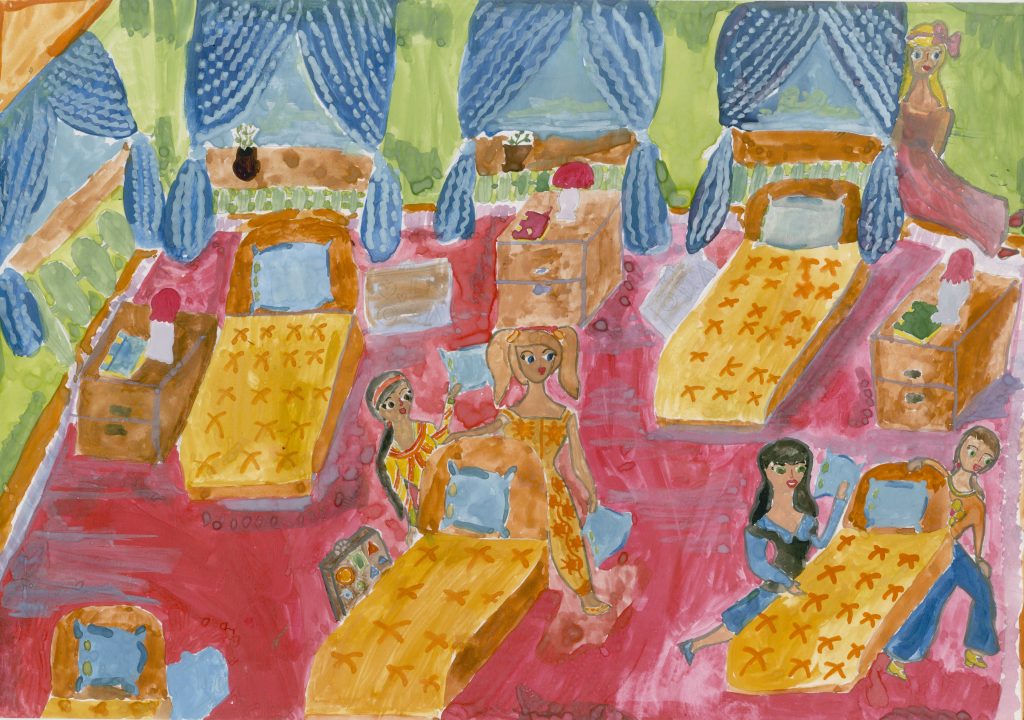 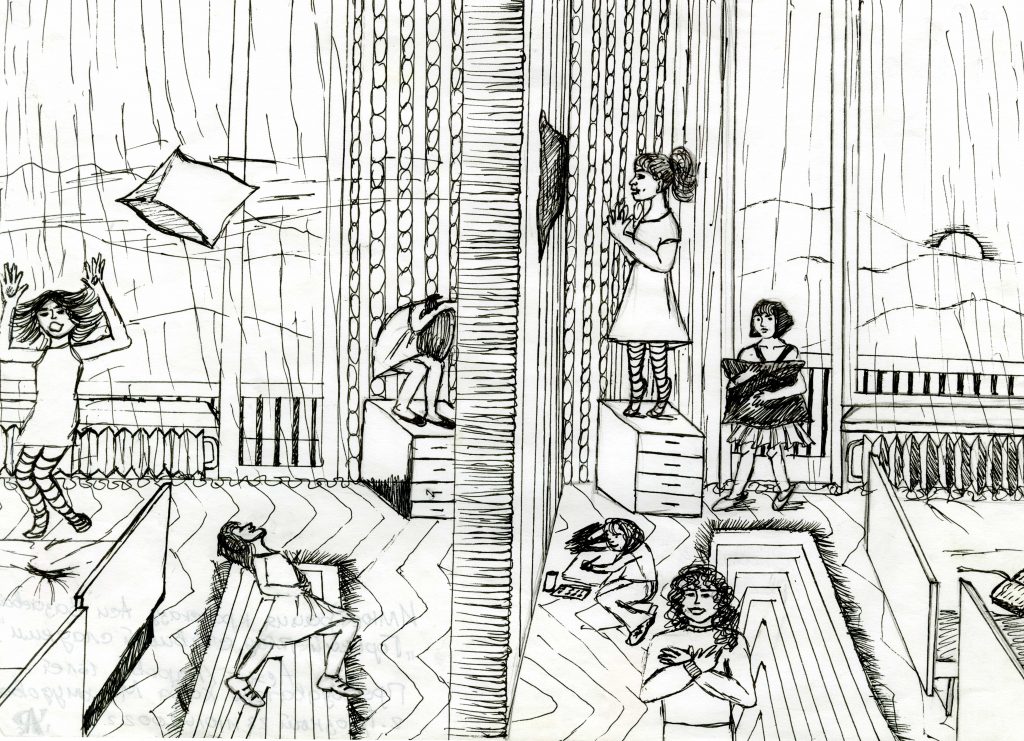 The Chechen children were cold most of the time and hungry all the time. Many homes were damaged by the war and could not be heated properly. Families that used to have four rooms found themselves crowded into one. There was never enough food. Then, a miracle happened. Seda, Luisa, and a dozen other girls were chosen to go on a trip to a holiday camp (rest home) called Blue Wave. They could hardly believe it.

The area was beautiful. It was safe to go on long walks without having to watch for trouble all the time. There was plenty of food at every meal, second helpings even. The room where they slept was not the best. It was scruffy and damp and chilly at night, but it was big. Every girl had her own bed with room around it to keep her things. There was a big hole in the wall that had to have a pillow stuffed in to keep out the draft and the noise from the next room, but it was still almost heaven compared with home.

The administration of Krasnodarsk Region paid for this blessing, this free holiday trip, through the Chechen Children’s Fund.

Then it changed. Luisa and Seda were alone in the room when the door burst open and several Russian girls pushed in. “Which of you came sneaking into our room?” one of the Russians screamed.

“Our room’s been turned upside down, and things are missing,” another of the intruders said.

“We did not do it,” Luisa replied.

“That’s a lie. One of our girls spotted one of your girls coming out of our room. We know that you have been stealing!”

The accusers would not listen to anything Seda or Luisa said. House Five came to be divided between Chechens and Russians.

The opponents were well-matched. Neither side missed a chance to “get at” the other. Whenever the Russian girls insulted the Chechen girls, the Chechens called the Russian girls names. It happened everywhere—in the bathroom, in the dining hall and in the game room. It even spilled over into the dormitory. All night, the pillow was frequently flung from one side of the wall to the other, making a way for cold drafts and colder feelings to come through.

Finally, the Chechen girls complained to the teachers. The teachers organized a thorough search. Only things belonging to the Chechen girls were found in their quarters. The teachers called a general assembly and spoke forthrightly to the Russian girls: “How could you think of trying to make others who live in the same house look bad? They are innocent, and they have already suffered a great deal. The war destroyed their houses. They could not go to school. Some of their fathers or mothers have been killed. Some have even lost both. And yet you insulted them cruelly. You must have hearts of stone.”

After that, peace broke out. The insults and name-calling stopped. The girls started talking to each other in the dining hall. Then they began playing games and walking together. One day Seda said to Vika, one of the Russian girls who had accused the Chechens of stealing, “Why on earth did you start all that trouble?”

Vika explained: “Ira, one of the older boys, told us all Chechens are beggars. He said you would take anything you could get your hands on and make trouble if you got a chance, that we had to get you out of House Five. Now we know that was wrong. We want to make up for what we did.”

They invited Seda, Luisa and the other girls to move into their dormitory, which was warmer and more comfortable. They did their very best to help the children from Chechnya to feel at home. Soon they were fascinated by stories about the war and what life was like in that ravaged land.

Then, Vika had to leave. She had no time to say goodbye to everybody. The girls really missed her because she was so lively. Nobody could be bored when she was around. After she’d gone, Seda found a handwritten farewell note hidden under her pillow: “Seda, I love you very, very, very much. Don’t forget your friends. Be sure to write.”

The rest of the time passed quickly at Blue Wave. Even the house parents cried when it was time for the other children to leave. None of them would forget their experiences or their new friends.