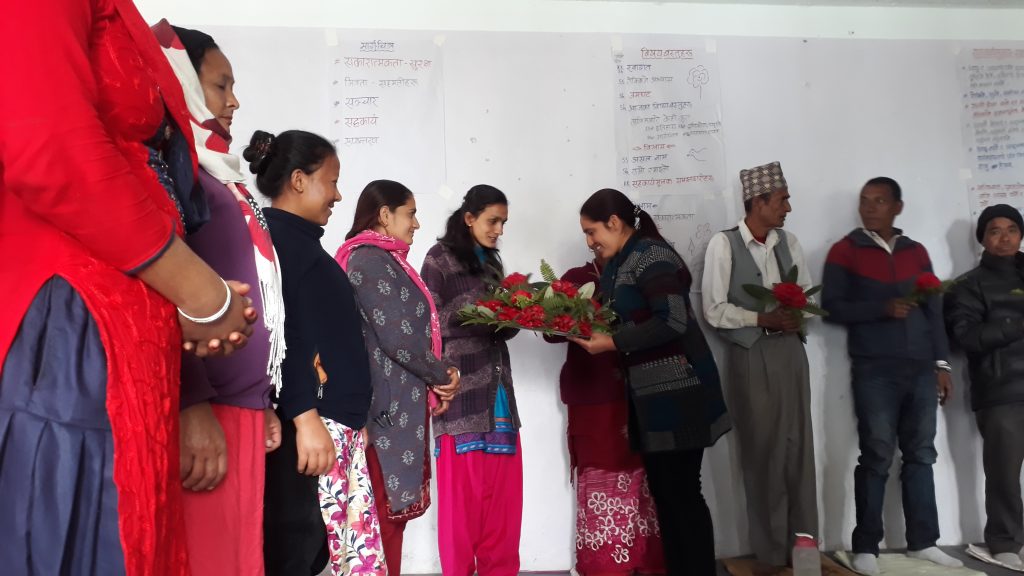 Team in Nepal facilitated a three days Empowerment workshop for 24 National Land Rights Forum (NLRF) leaders in Rasuwa during 24-26 February. Rwsuwa is about six hours drive away from Kathmandu.

Subhash, Kalpana and Sushma were on the team. Sushma is a young land rights activist based in Rasuwa. She participated in Creating Culture of Peace (CCP) training in Thimura in November 2018. Her colleague Bishwas, who also joined her in Thimura, coordinated the management part of the workshop so that Sushma could fully participate in the facilitation team.

Sushma and her friends prepared Rhododendron flower bouquets for each participant to welcome them to the workshop. That small and sincere act modeled the practice of equality among all- irrespective of positions, caste and class. Sushma said they used to give such flowers only to guests and committee positions holders before, but this time they thought of doing that to everyone. 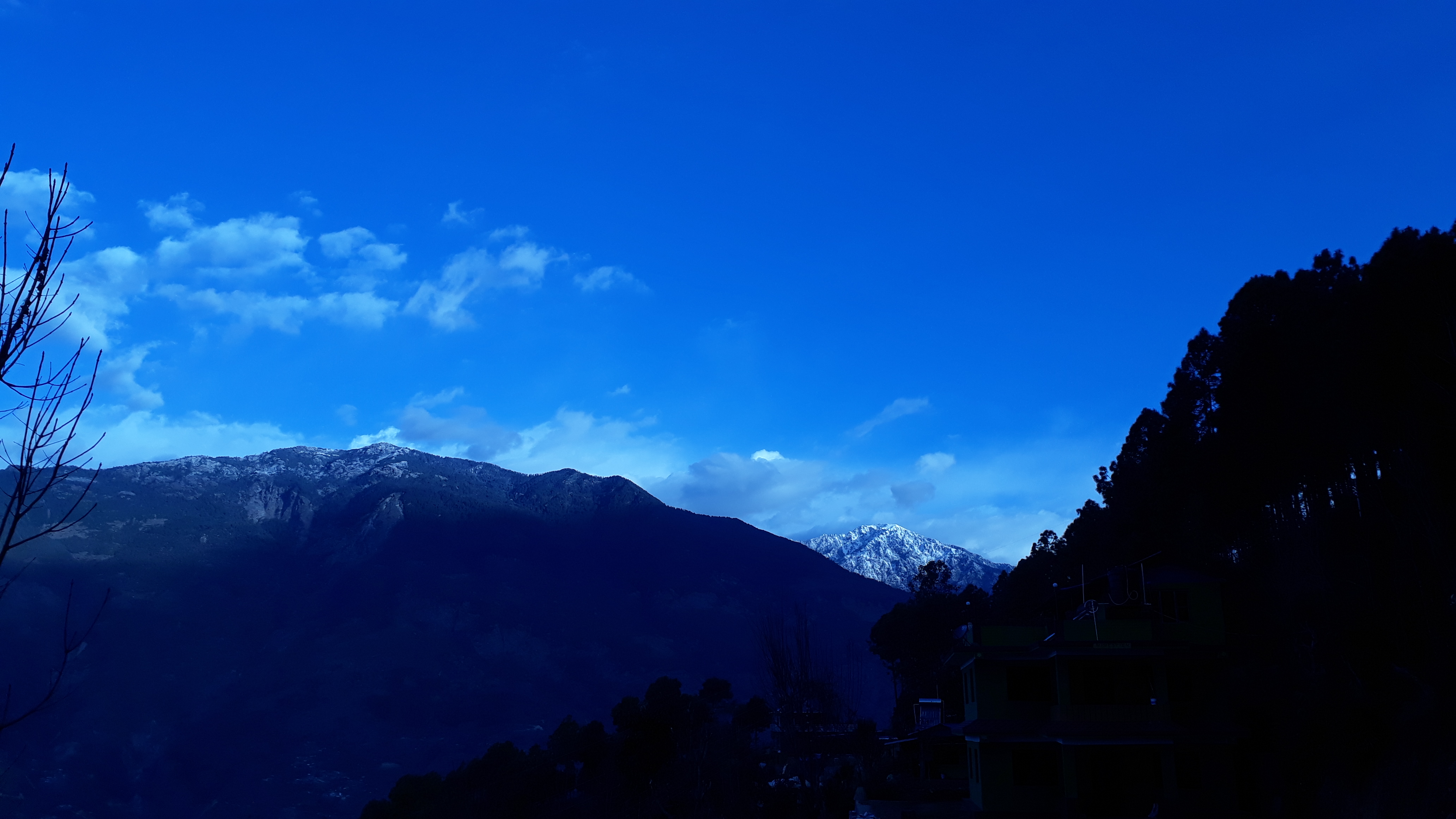 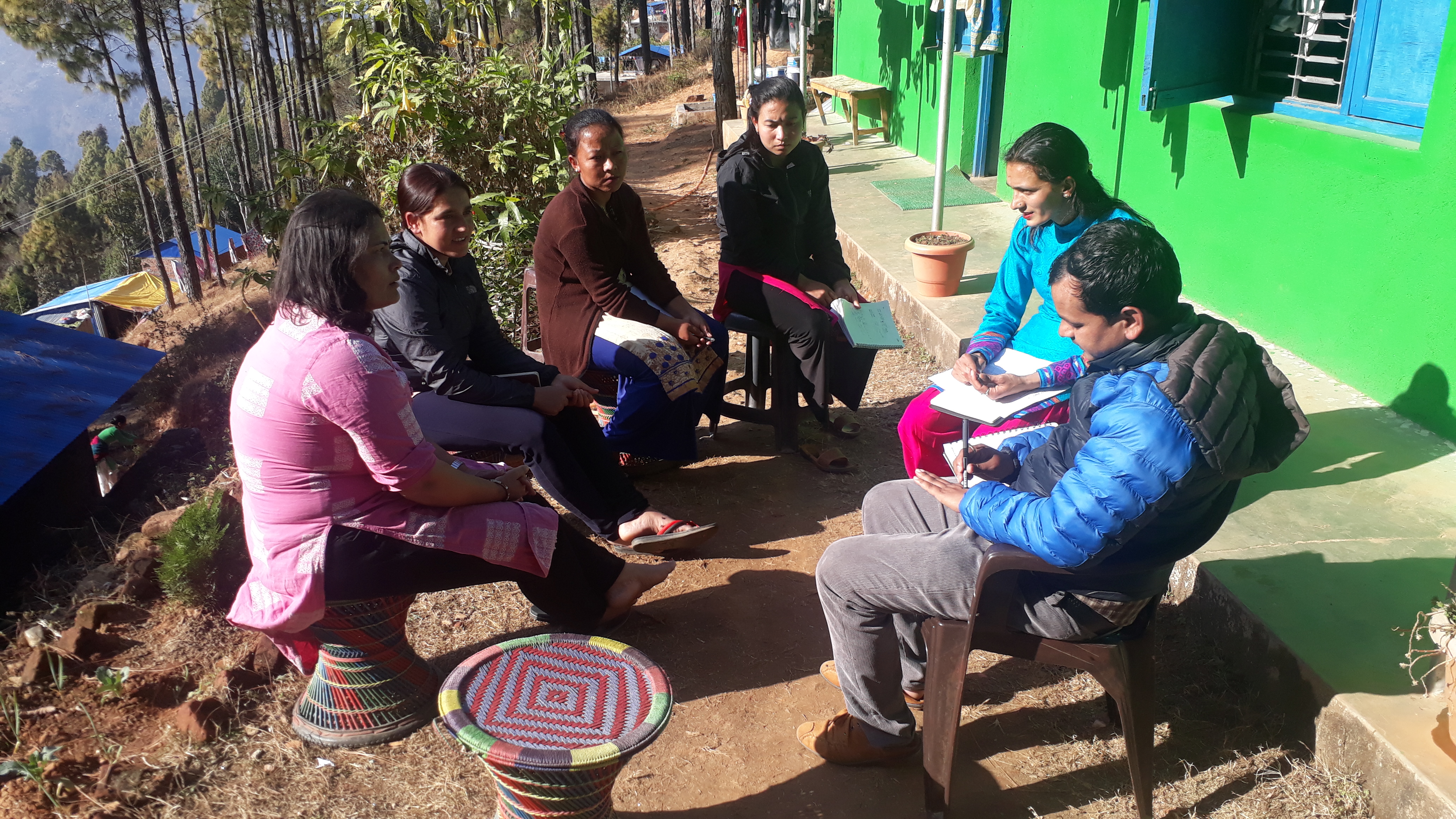 During the workshop, participants mainly focused on reflecting on their role in their families- now and in the past, and on the land rights movement. Mr. Khila Raj Acharya, NLRF district committee member explored how his bad temper had shaped and affected his children and how now it is challenging to maintain healthy relationship with his son! In one of the reflection evenings, he said: “this workshop should have been brought here many years ago. We would have done much better in our movement and families!”

“I started practicing good listening with my son. I hope I will be a better mother now on. I will also practice some of the activities with my students in school,” -Ms. Laxmi Neupane, a local public school teacher and mother of a four years’ old son.

After returning from the training in Thimura last November, her sister Sushma tried to practice ‘stopping’ with her and their father. Laxmi realized how the stopping practice can nurture such calmness and joy. 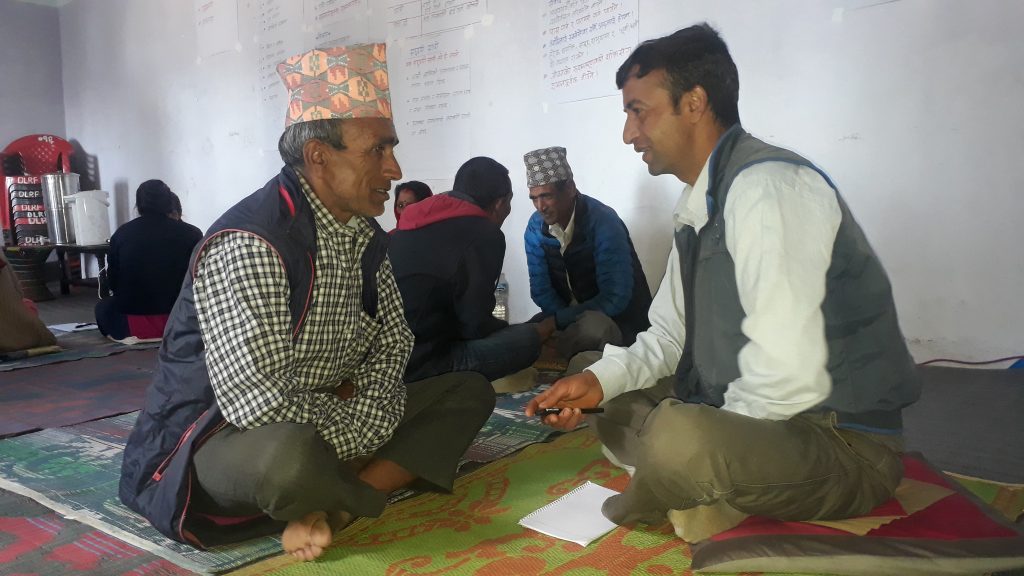 This workshop continues to better NLRF committee and their movement in Rasuwa because committee members now practicing Good Listening to each other in their meetings. As participants reflected during the workshop, their children will be better treated at home. A school teacher is bringing her understanding, practice and tools to school and share with her students. Seeds of peace are moving to classrooms through her.

Most of the NLRF members are very low in their developmental skills. So the facilitation team learned to slow down workshop process and simplifying the activities when there are illiterate participants. We also realize that it is vital and necessary for Nepal team (and for the AWP team) to think about how to design and facilitate a workshop for illiterate participants.