Skip to content
Building Friendship: Muslim and Christian Children Come Together at the “Damai” Library

Building Friendship: Muslim and Christian Children Come Together at the “Damai” Library

By Bungsu and Petrus 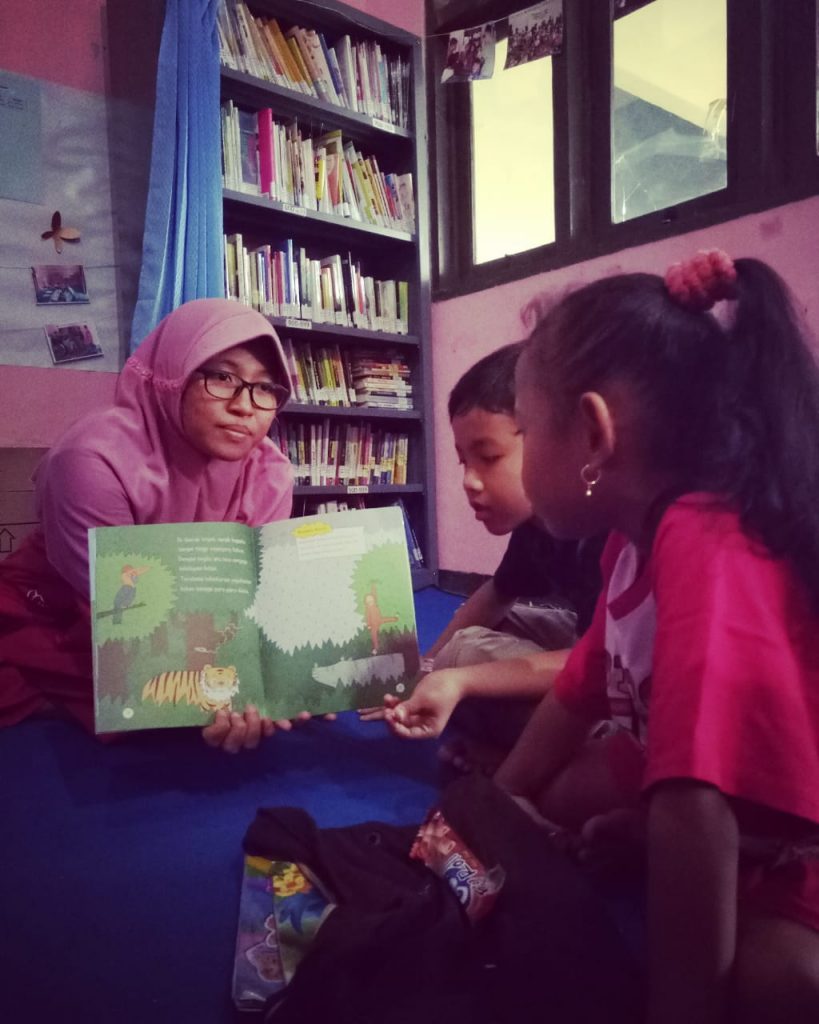 The “Damai” Library, located in Ketanggan Village of Gembong Subdistrict, is a place for children to learn, grow, and develop themselves as well as support learners to realize a polite, moral, religious, and respect for the values of diversity.

The Power of Goodness activity is one of the programs run by the “Damai” Library. On March 17, 2019 was the first time the library has held an event to bring together Muslim and Christian children who live in Ketanggan Village, Gembong – Pati. The activity was themed “Get Acquainted and Good Affirmation”. The event was attended by 20 children and 10 adults.

They brought out the goodness in themselves and remembered the kindness of others. In the beginning, the meeting was rather awkward because the participants rarely met and did not know each other even though they lived in the same village.

By the end, however, the atmosphere turned to joy and fun when children engaged in the game. The two-hour activity was very meaningful to the participants. One result is that they became more familiar with each other. They became friends, friends in one village.