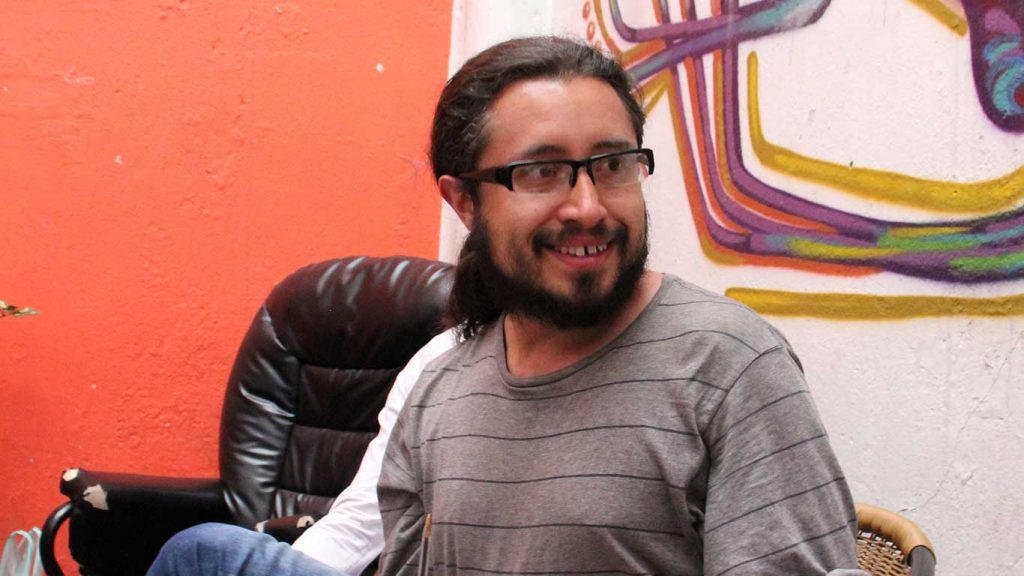 Images of a military officer hugging a guerilla, of a guerilla crying when he is not allowed to lay down his weapons, of a police officer crying when peace is rejected…. all images which challenge the hegemonic construction of masculinity very much tied to war and violence. In Colombia, one year of military service is mandatory for young men. The wealthy classes often avoid it through paying off appropriate officials. But the less endowed economic classes do not have this privilege and have to resort to more creative alternatives if they want to resist fighting in the army.

In Bogota, we met with young men of a Conscientious Objectors organization who actively promote disrupting militaristic constructions of masculinity, both in their actions of refusal to join the army as well as in ongoing workshops with other young men who yearn to live in peace. They face rejection from family and society as they redefine what it means to be male in a militarized culture, leading workshops on Non-Hegemonic Masculinities. The group is very interested to collaborate with U.S. facilitators who have developed AVP workshops on masculinities. The Mennonite Church in Bogota provided the foundation decades ago for this work with men in conscientious objection and continues to be a prophetic voice of peace in Colombia.