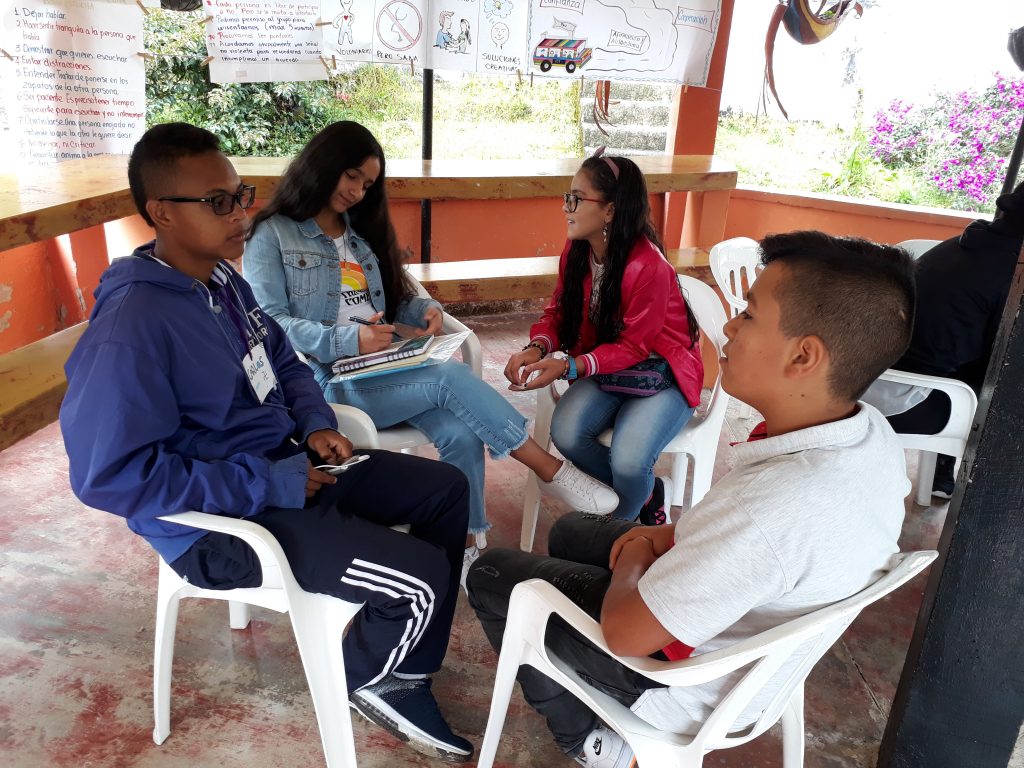 In Colombia, Franciscan Sister Patricia Duque very successfully continued AVP workshops with adolescent children of ex-combatants in economically marginalized communities plagued by gangs, criminal networks and domestic violence.  She co-facilitated an AVP Basic in a public high school in Granada, Antioquia on September 12-13 for a group of 18 students who want to be mediators, an Advanced on October 24-26 for 18 students ages 14-19 in Libano, Tolima, an area ravaged by the war, and the first part of a Basic on November 7 for 39 third-graders of the Franciscan Palermo School in Medellín.  Patricia and colleagues are passionate about promoting AVP to build the next generation of leaders during this critical post-accord period, marked by ongoing assassinations of social activists and ever deepening national polarization.