Creating Cultures of Peace in the Republic of Georgia

Friends Peace Teams and Peacebuilding UK conducted an 8-day AVP intensive workshop in Gudauri, Georgia, 24 April to 1 May. The training brought together a diverse group of 25 people from the Republic of Georgia, Ukraine and several republics of the North Caucasus with Nadine Hoover from the USA and myself, Chris Hunter, from the UK. Power of Goodness trainers attended from East and West Ukraine, with very differing views about the war raging with Russia in Eastern Ukraine. AVP trainers attended from Georgia, some displaced and others living in fear of what’s next. Georgia and Russia are also effectively at war, with Russia occupying around a third of Georgia’s territory. Power of Goodness trainers attended from Chechnya, Ingushetia and Dagestan, southern Russia or what is known as the North Caucasus. The workshop brought people closely together who are all from conflict-fraught regions. The feedback has been very positive from those who attended. Communication and friendships among participants have remained active since the training. There was an overwhelming sense among everyone by the end of the workshop that despite the huge challenges they faced, Peace is Possible!

The two Chechen trainees, Venera Islamova and Rustam Musaev have continued their work with university students in Grozny, Chechnya in May, using elements of both Power of Goodness and Creating Cultures of Peace, particularly to counteract the radicalization of young people in the region. They were inspired by the work of Petrus at Peace Place in Indonesia, who is also working on interfaith youth training to counteract radicalism that spreading globally today. 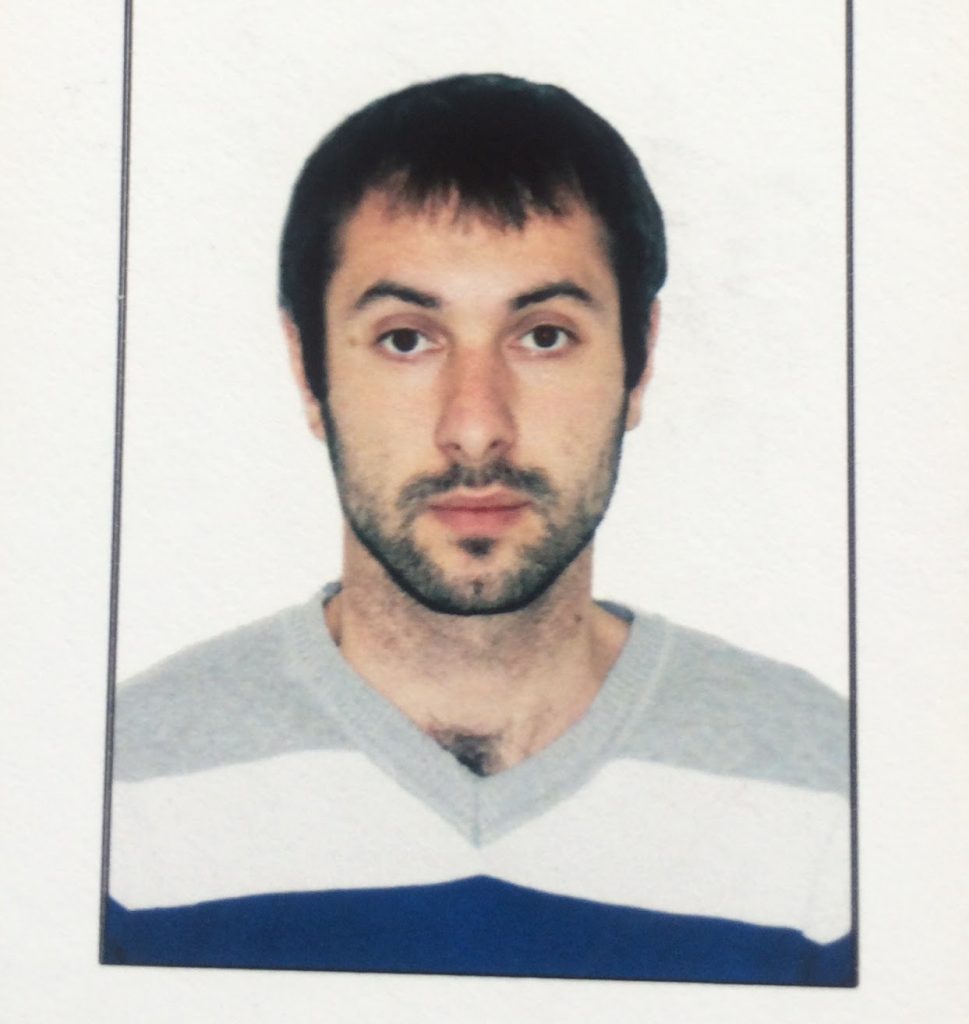 Zelimkhan from Chechnya: Zelim, a young man from Chechnya began with almost no emotional affect. He had grown up in Grozny during the wars. On the other extreme was the Georgians who had never been displaced, who were laughing and being very expressive as they hung out together. After two weeks, however, Zelim was laughing and interacting as well. Nadine asked him if he liked his new expressiveness. He said, “Yes, I do.” When asked if he would keep this up when he went home, he responded, “no,” without hesitation. Nadine suggested that maybe his friends back home would like it too, and reminded him that it took him two weeks, full-time around people who were expressive. Maybe his family and friends would not change quickly, but if he was more joyful and expressive, maybe they would become so also. After the workshop, Zelim wrote, “This training on a Culture of Peace was very important and helpful to me. Thanks to this training I have come to know myself better and have realised what my strengths are. And now I will try to express this Peace with brighter colours!” 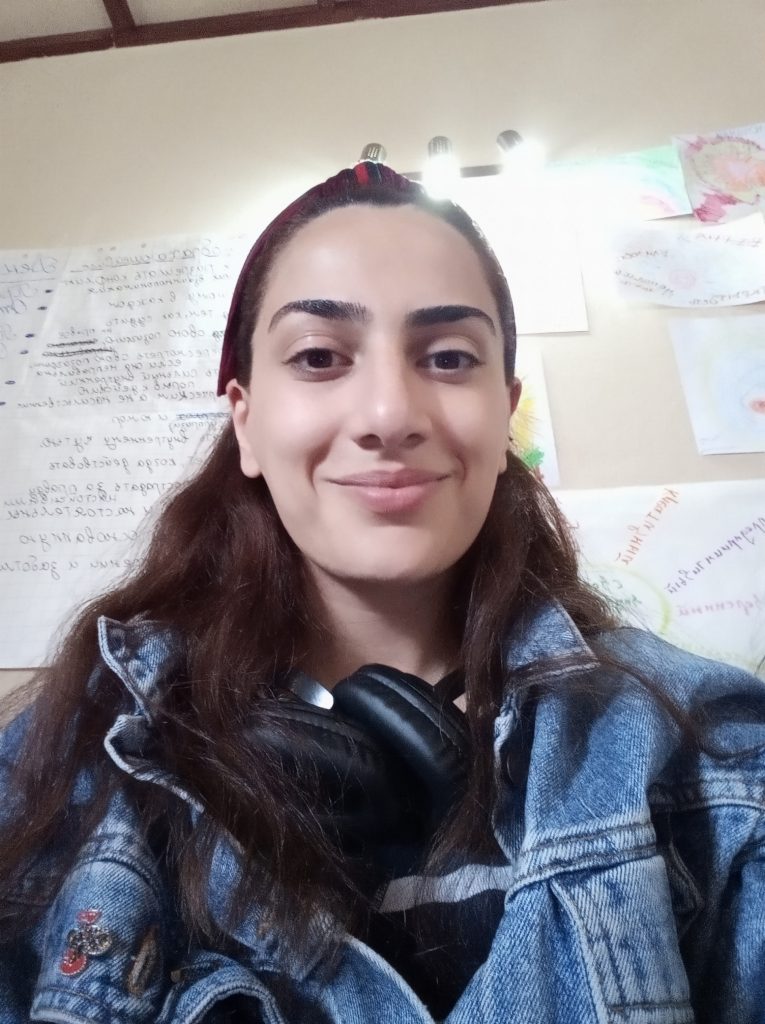 Natia Mirianashvili from Georgia: “I want to say thank you to all of you who brought peace training to Georgia. Before this I attended so many trainings but I can definitely say that it was very different and interesting from others. It was the first training when I got a clear answer on how to implement the knowledge and experience I gained into our lives. I think because of this training in my life, I have had a transforming period. I learned many tools to help myself and others. I feel more independent, self-confident and calm. Also I started to believe that we all matter in this beautiful world and it is possible to spread peace in our society. Thank you again everyone. You are doing a great job.”

Natalya Gavronskaya (Tatiana) from the Ukraine: “My participation in the seminar was very important for me. I have learned to be a good listener and a good companion, to formulate correctly I-messages, and to make public statements. My transforming power at this seminar developed clear distinctions. I felt it stronger within myself and I became more calm and confident. I realized that I was working in the right direction with children and their families, particularly in the work of preventing and dealing with violence. I discovered journal entries, and started practicing this to better recognize and listen to my conscience and experiment with conscience in my life. After the Creating Cultures of Peace workshop in Gudauri, Republic of Georgia, I hung a poster of the “Cooperation Agreements” on the wall of the Caritas-Volyn Center for Children and Families where I work.”

Lena Tvardovskaya from the Ukraine: “I am Lena from Chernovtsy, Ukraine. The 8-day training in Georgia on a Culture of Peace provided me with essential information, experiences with my colleagues, lively communication and acquaintance with various cultures. Eight days of working within myself and getting to know myself better built peace within me. This time was unforgettable and very powerful. A huge thanks to everyone who took part in my growth and changes and made this experience possible. I will bring a Culture of Peace to my family, my work, my town, and my country. After meeting all these different people and learning all these ways to practice peace, I believe that Peace is Possible. I love people and life!!!”

Olga: “Many thanks for the possibility to bring peace to others, to transform myself, to feel a oneness with so many different people and achieve something so important together with them!” 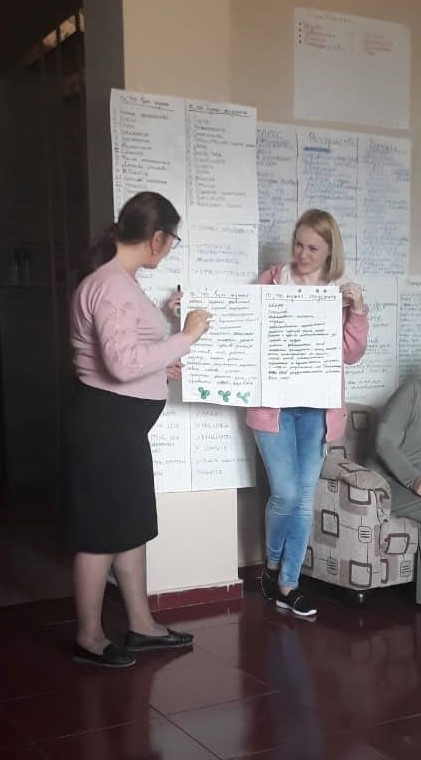