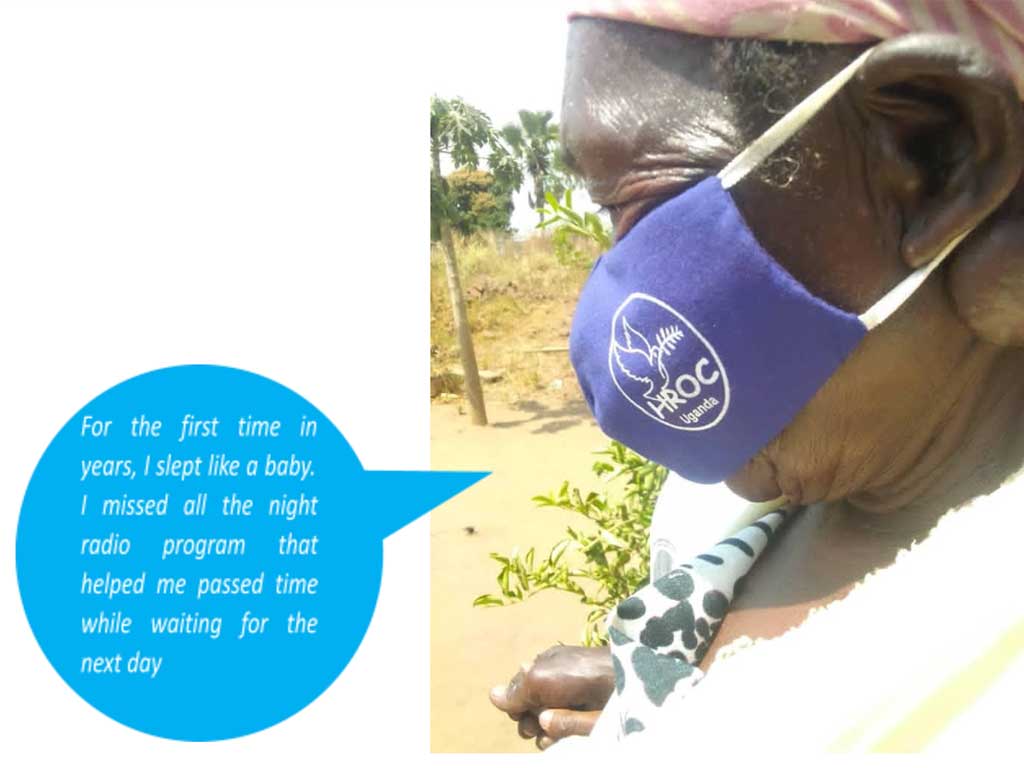 A Participant shared her experience the night after Day 2 EMPTY  CHAIR exercises.

As seen in project reports, community Domestic Violence, Gender-based violence, and the impact from rebel groups are largely remedied by highly funded programs targeted by non-governmental organizations. In today’s case, a group of women came together forming a self-help group after waiting in vain for external bodies, therefore, created an internal support system for themselves.

Not very far from the traumatic mass gravesite of the Lukodi massacre, the group’s story started way back in the NRA war of 1981 that lead the current Uganda government, followed by experience from the LRA 20 years’ war and lately the DV, GBV, and land disputes that arose while they were returning home from the Internal Displaced Camps (IDP Camps) that were dissolved in 2007/2008

The widow’s group herein referred to as the self-help group started praying together, led by a participant of the 2018 HROC basic training with refugees and host community they started sharing their pain and helped counsel and comfort each other.

The following training was conducted in the post-COVID 19 lockdown periods, therefore, Standard operating Procedures laid by the GoU were followed. To foster social distancing, the number of participants was reduced to 15 from the usual 20. Participants were provided with a face mask and were made to practice regular hand washing throughout the workshop.

Two basic pieces of training were successfully conducted with the community of layik village, north of Gulu city in the neighboring community of the tragic Lukodi massacre of 2004 the planned number of 30 participants and 4 community leaders due to the new normal of the CORONA VIRUS pandemic. However, 36 participants were trained and the group allowed few men from the community to join.

HROC Facilitators arrived on Sunday evening of 7th Feb 2021 and sat together for a team-building activity. The training kicked off immediately on Monday the 8th Feb 2021. Here, the group realized individual trauma relating their stories from the first day during the discussion of the symptoms of trauma that was participatory lead by the participants while being guided by the facilitators. This happened before they were made to share their painful past with the large group on the second day.

The second training followed from the 11th Feb 2021. Each took 3 days, this group started crying in tears on the first day during the devotion, they testified that the first group was sharing with them what happened in the training during the evening fire gathering (Wang Oo). They seem to know more and had set their own expectations. They had more testimonies on the third day. 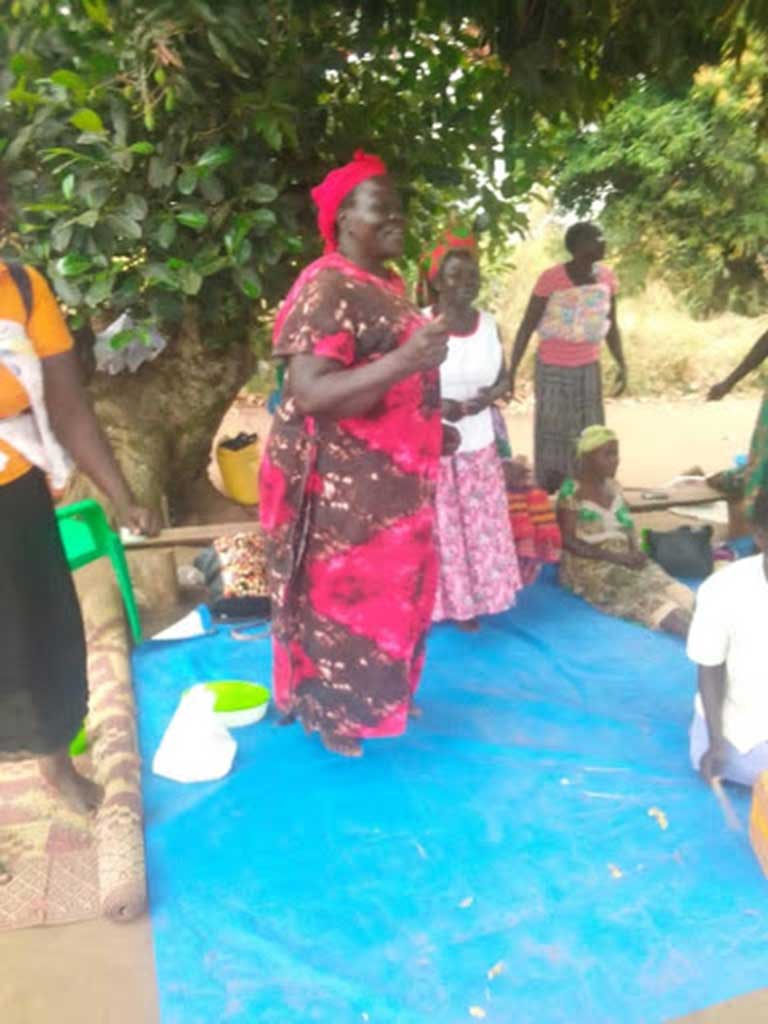 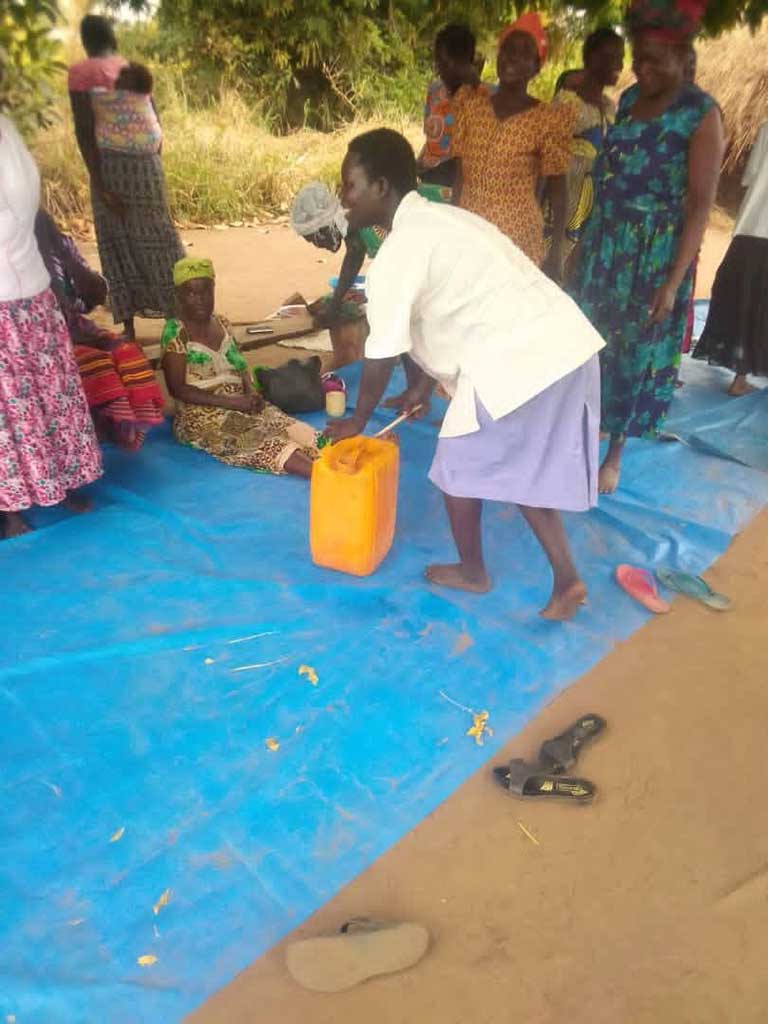 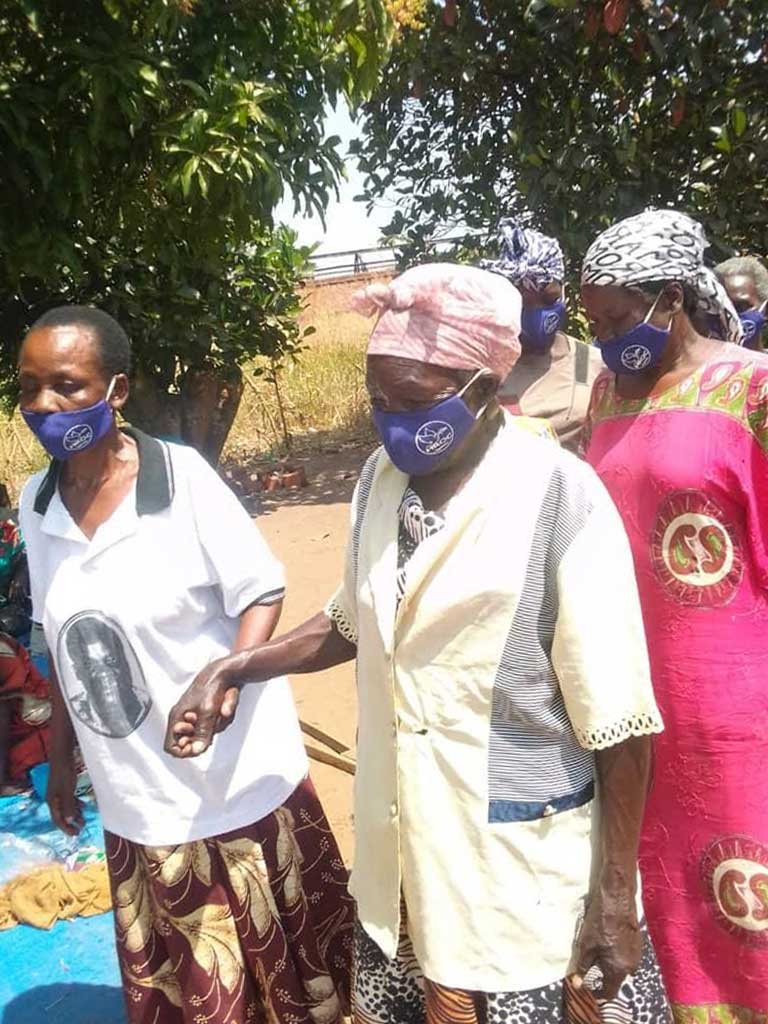 Stories from the workshops

When I came, I had a lot and this thing was not giving me peace. When the training began, it started touching the pain, and as I talk now, I feel relief and light from the pain. So many women come to me with family issues, I now know how to listen to them well and help them. Sometimes Amelia helps me with counseling the younger women.

I had a pain so deeply in my heart after losing my husband, I had really thought my husband would replace my father in my life. Now I have got another hope from this training.

Everyone passed on and felt so lonely for years, and from now I have hope, though am lonely, I aver realized strength and ability to face the difficult situation.

I used not to be happy, joy came back to my life and I feel relieved. God should bless you and whoever thought of this training.

I used to live like an orphan but when I came to this training, I now feel better (light) everyone died, left with a child who never use to come home but yesterday and people also helped me.

The training helped me know how to handle my temper and change for a better tomorrow.

Following the above stories, few individuals were identified and shall require special attention to remedying the violence they are going through that are most likely to lead to loss of life.

To the large group, healing companion training is a necessity at this moment, since their journey of healing required more close supports and they need to be equipped with knowledge on how to become ambassadors of resilience in their communities.