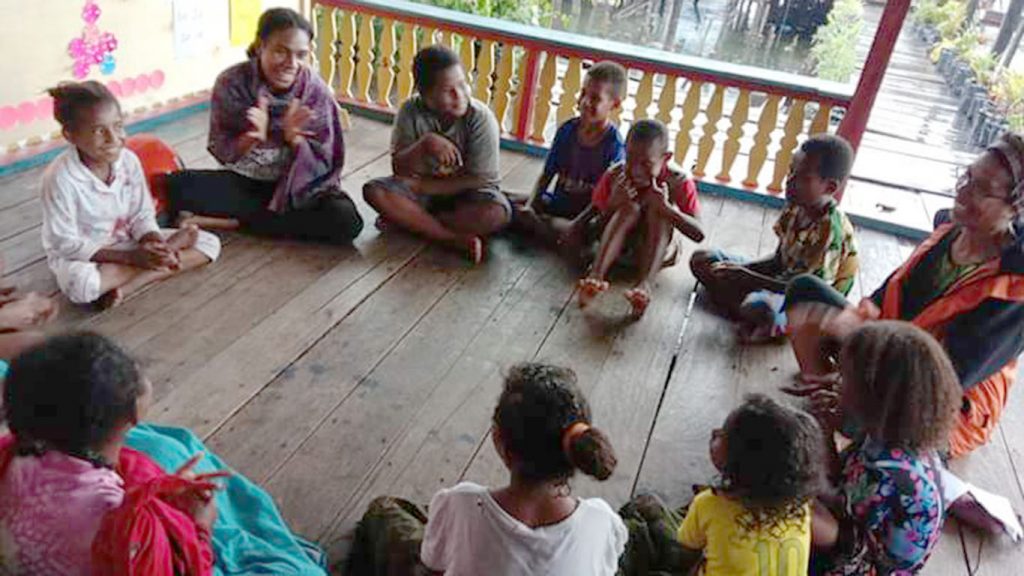 Yoboi is a district in Sentani, Jayapura affected by landslides and flash floods that occurred on March 16, 2019 that took 112 lives. An estimated 33,161 households were affected by the disaster. The village of Yoboi is in the middle of the lake. Houses are built over water and the land is a sago forest. Yoboi is not a new area for friends LEKAT (Institute for Capacity Building and Strengthening), a non-governmental organization that has assisted children and women in worked in Yoboi prior to the flash floods.

The next series of meetings were on the theme of Protecting Nature. Many children said people who love them are fathers, mothers and grandmothers who always serve food before and after school. We connected this with the increase of sago logging in the sago forest, which is the main staple food of the people of Sentani. We talked about the impact of logging on the sustainability of the sago forest and of the fish life in Lake Sentani, which needed our care and attention, too.

On Friday 4 October 2019, Bravo Berani said, “I will forbid anyone to cut a small sago tree.” This reflected the attitude of many of the children in wanting to safeguard the sago forest. According to Bravo, sago forests need to be preserved by planting and caring for them, not cutting and burning young leaves. The same thing is done to care for fish and plants in the lake by not littering.

After the activity, Weny Wow returned home and reconfirmed the benefits of sheath and sago leaves with her grandmother. Beto Bagus and his friends still continue to compile data on types of sago trees in the area. “I will ask our fathers,” he replied while writing. Kirbi Kreatif and Abraham Aktif each have a group who also compile such data. Meanwhile, Bravo Berani and several other friends complemented the fish and plants in the lake. There we also have five groups consisting of four to seven children in grades three to four in the primary school who collect data on the types of sago plants and the types of fish and plants in the lake. 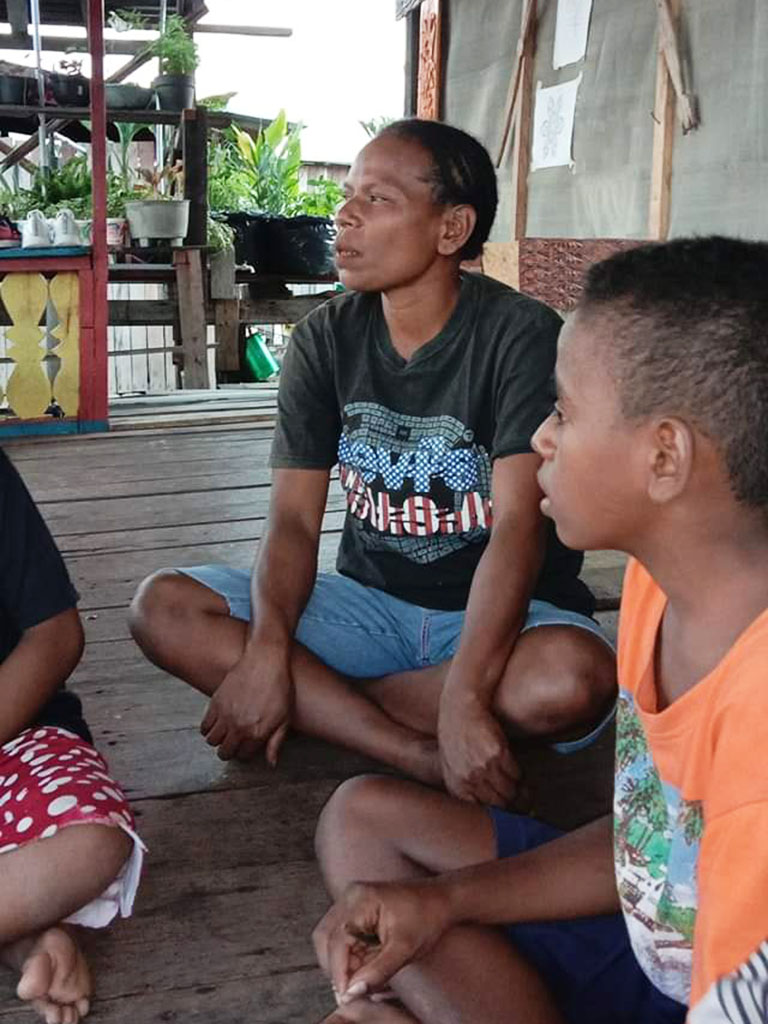 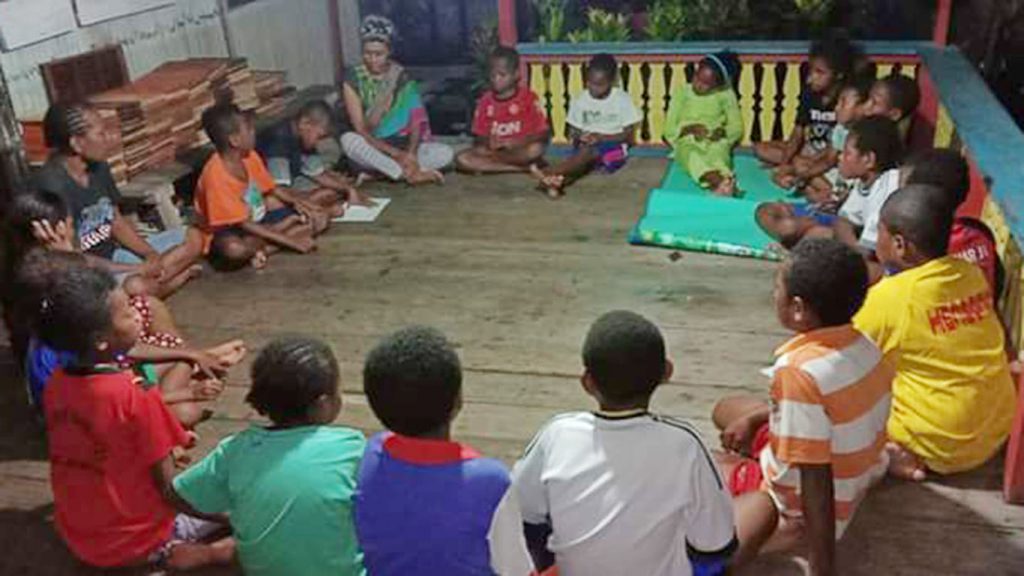