Skip to content
AVP and I in West Papua

AVP and I in West Papua

By Dorthea Rumere, translated by Nanik. 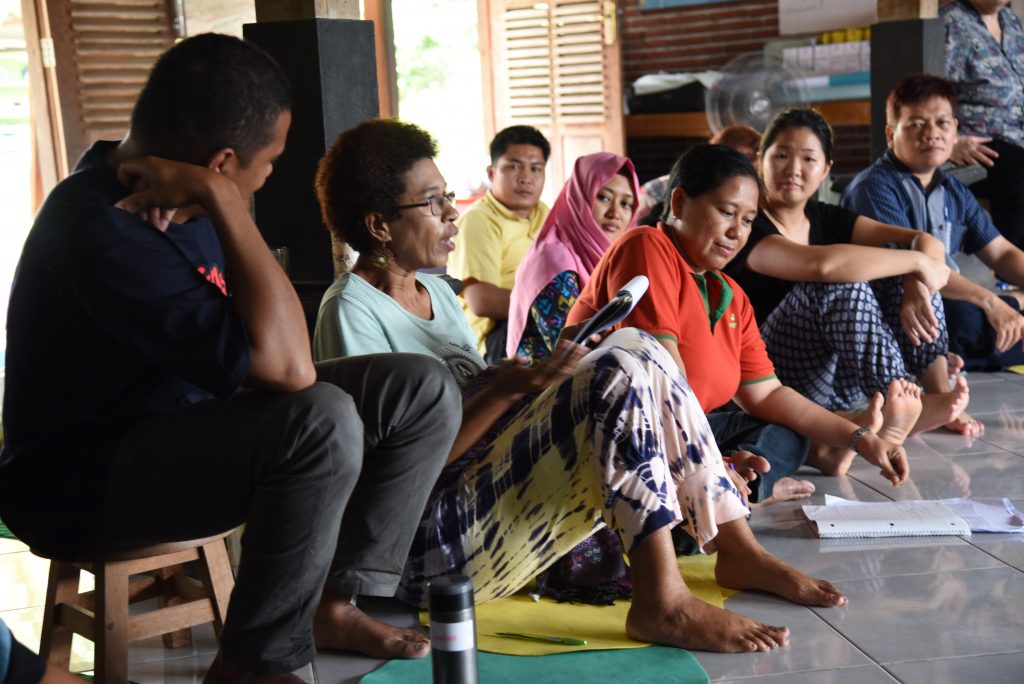 Hello, my name is Dorthea Rumere, but I’m called Thea. Rory introduced me to Alternatives to Violence Project (AVP) at the end of 2017. She was my colleague at the Institute for Assessment and Strengthening Papua’s Capacity. Rory said the material provided was very practical, not just a theory but rather a way to empower yourself, learn and practice. It’s also suitable for Papua and the Church community, so I was very curious.

We were working for the Prevention of gender-based violence through USAID BERSAMA in our villages, Yoboi and Kehiran 1, in Sentani District. Kehiran 1 Village is located on the mainland, whereas Yoboi Village is located on Lake Sentani. All the buildings, such as houses, schools, churches, village offices, libraries and volleyball courts, are encircled like a stage surrounded by a natural sago forest. This program of discussions focused on women, men and youth has run for more than one year, since August 2017.

In November 2017, Rory informed me that we would take part in a training at Peace Place in Pati, January 2018. I had no idea what it would be like and never imagined I’d participate two years in a row! When the time came to depart on January 10, I was very excited, even though I was recovering from a cyst surgery on December 1, 2017. We boarded a Garuda flight for five hours to Soekarno Hatta Airport in Jakarta, where we waited a few hours to fly to Semarang. 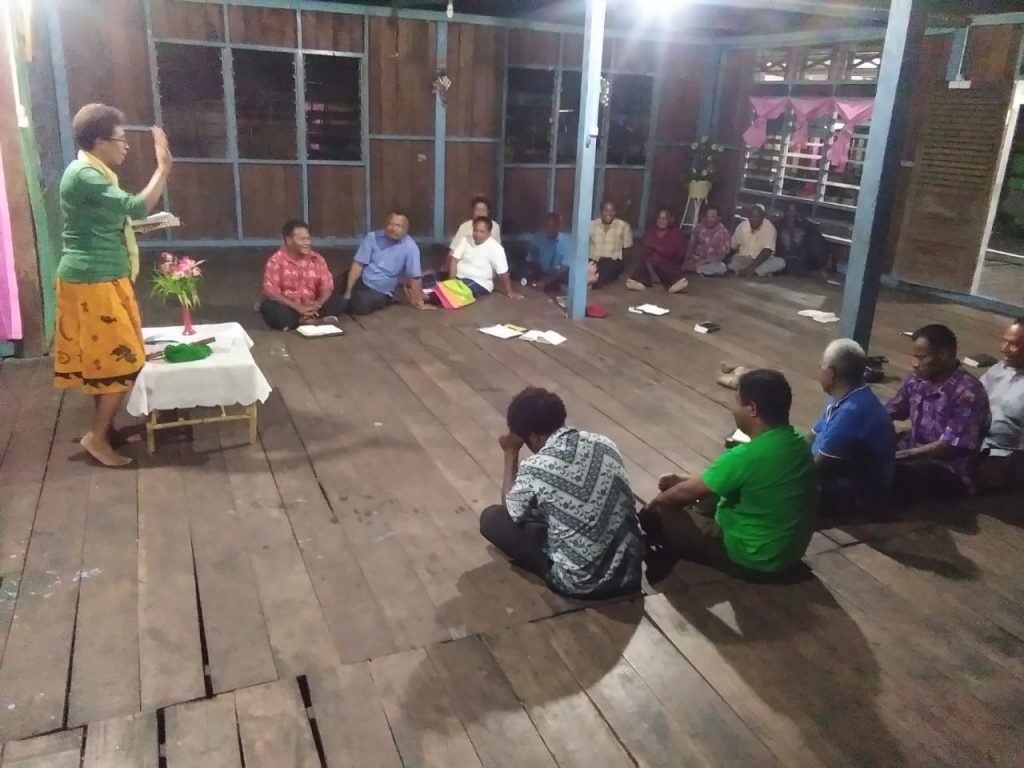 Scripture Study of Building a Culture of Peace in the Church, March 2018, Photo by Rory

Arriving at Ahmad Yani Airport in Semarang, we were picked up by two friends. They greeted and introduced themselves kindly. We waited for a while for more participants. I saw a man with a backpack pacing back and forth while watching his surroundings. I greeted him and asked, “Are you going to the training at Peace Place?” Apparently, he was! His name was Matthew from Australia. We sat down and told stories while eating meatballs and noodles.

Shortly thereafter, I met three other participants–Joan, Marisol and Jungjoo. (I call her “Chong Ju” to remember more easily.) Moments later Rosie came from New Zealand, complete. Matthew and the three Koreans boarded one car. Rory, Rosie and I boarded the other car. We left the airport for Peace Place. 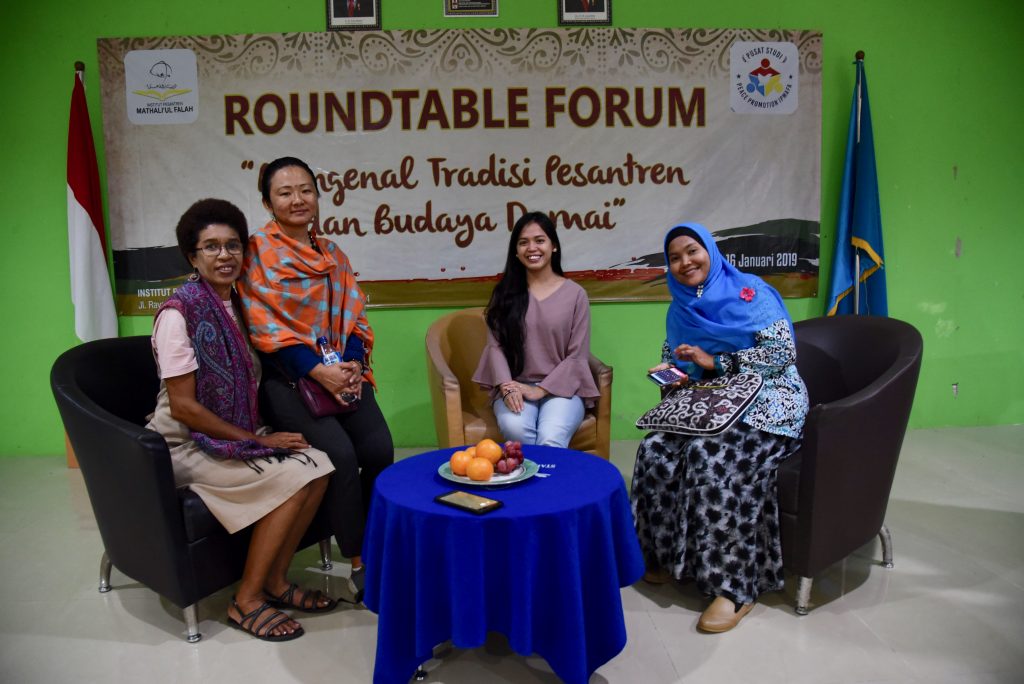 Thea joined other participants at a Roundtable Conference on Interfaith peace in Pati, Central Java

This was my first impression, an unforgettable experience. A woman stood up and immediately greeted me. She called me by name and hugged me. It was Nadine. From her greeting, I felt as if we had met before or even knew each other already. This is truly amazing!!! That was the first lesson from Nadine for me. After enjoying dinner and hearing some directions from the training team, we were escorted to Bintang Kecil Kindergarten to rest.

My second experience was when Wiwid, Bungu and some great friends at Bintang Kecil Kindergarten helped and cared for me. They prepared hot water to take a shower every morning and night. I always remember it to this day and really feel grateful. They inspired me to also continue to do goodness to others during my life. In this first training, I learned a lot from the behavior shown by everyone, and it was very fun.

I got the opportunity to attend the training again in January 2019. Thank you very much. My health condition was much better. After a pleasant, long journey, Semarang Ahmad Yani Airport was much bigger. We still waited for one more participant from Australia, a woman named Paula. Paula shared Permaculture in this training. Awesome!!

I have now attended this AVP training twice. However, the experience I got was very different each time. In the first training, I got many valuable stories from everyone’s experience. In the second training, there were people who were the same, but there were also new people and they all came with new experiences which all enriched me. There is so much good work in me that I have to show. Like what I read in the Bible (Ephesians 2:10 “For we are God’s handiwork, created in Christ Jesus for good works, which God prepared beforehand, that we should walk in them.”). This is the challenge to me. 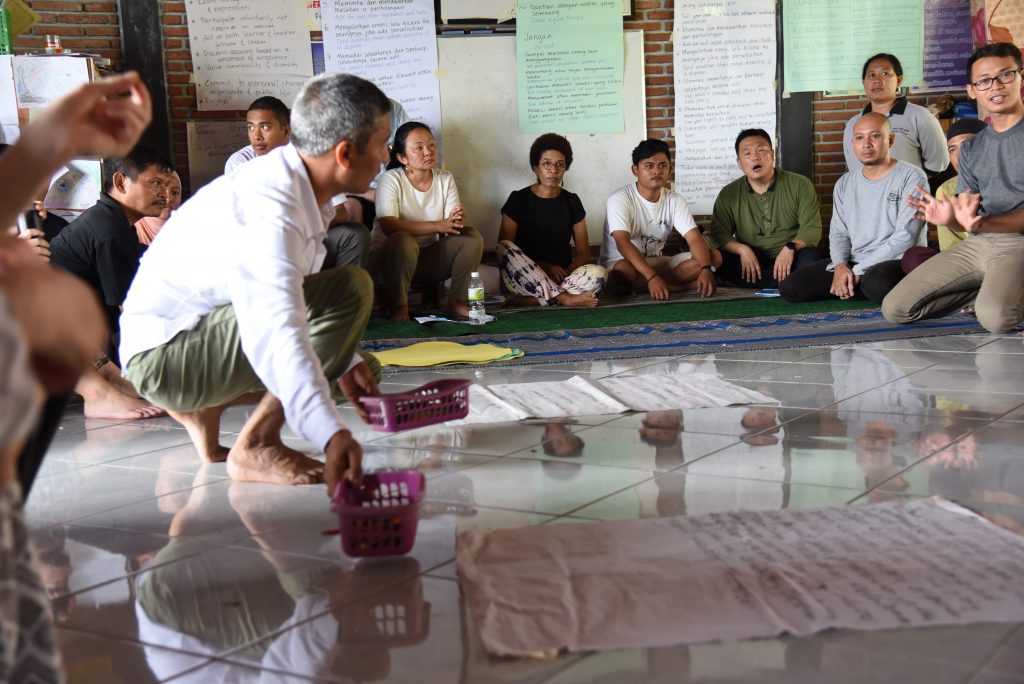 Here was what I got during the training: 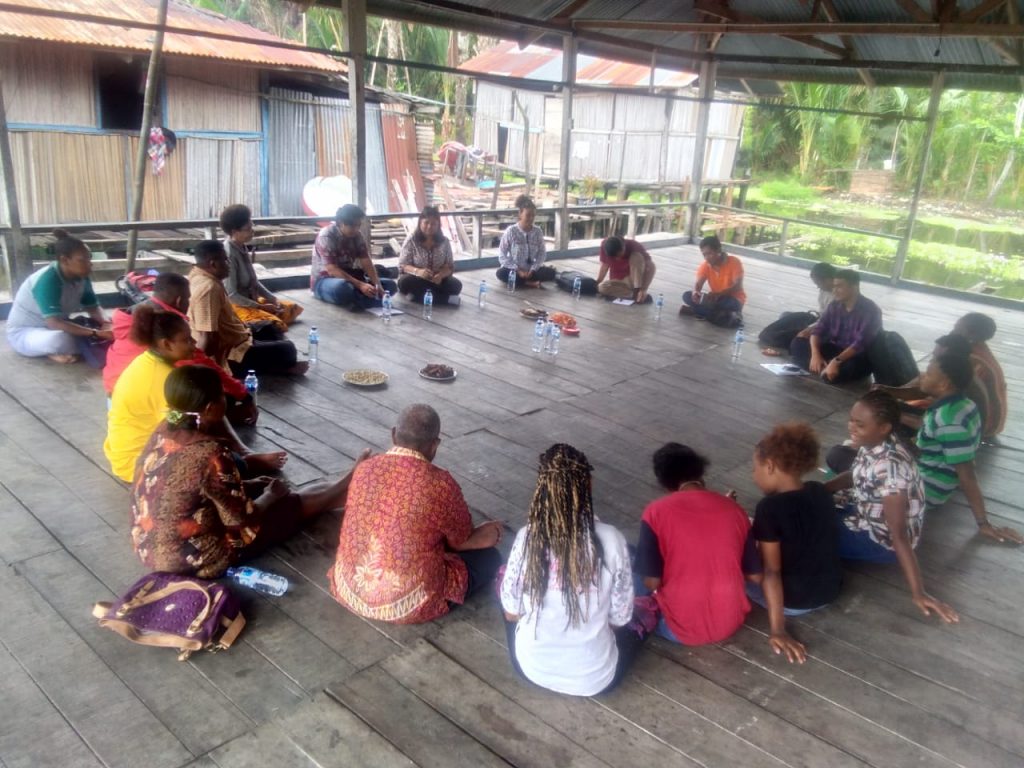 My commitments after participating in these two training sessions are to:

From what I got, I wish to express my gratitude to the sponsors who gave me the opportunity to take part in training at Place Peace in Pati. I really hope to continue doing something in Papua. Starting from myself and the environment. May the Lord Jesus Christ bless you. Warm regards and love from Jayapura, Papua Indonesia.