Skip to content
AVP in the Democratic Republic of Congo, South Kivu

AVP in the Democratic Republic of Congo, South Kivu 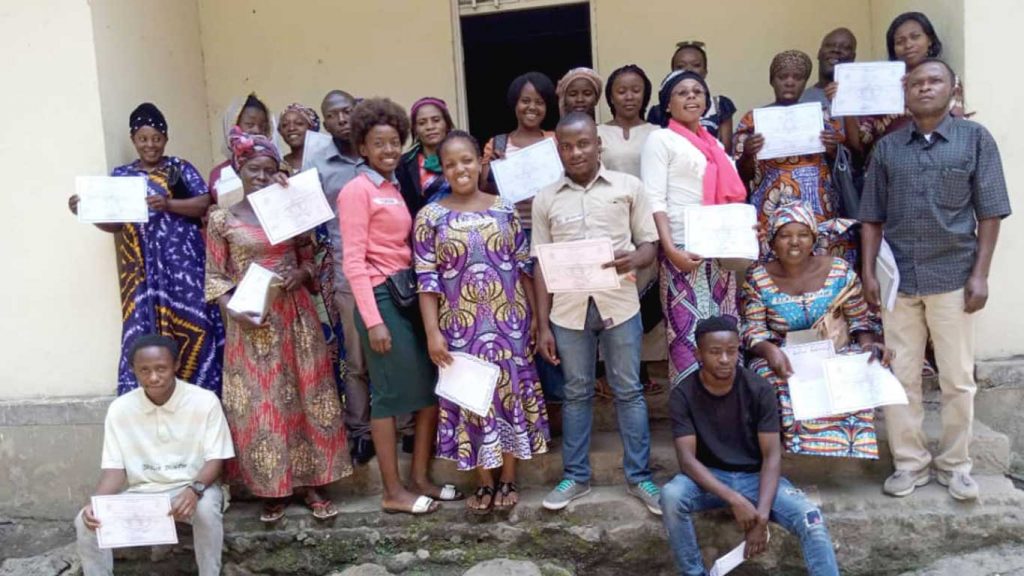 Taking into account the sources of violence that the Democratic Republic of Congo is going through, in particular the province of North Kivu, we have seen fit to select vulnerable women, female victims of sexual violence, young people, and other marginalized groups to bring them to get involved in the Congolese government program for the restoration of peace in the region.

Our country is going through various forms of violence, in particular the province of North Kivu / City of Goma and its surroundings, such as discrimination, mob justice, theft, violation of human rights, sexual violence, kidnaping, killing, tribalism, land conflict, and human conflicts. These are the elements that motivated us to seek these trainings in order to reduce, to some extent, these kinds of violence in the world.

PACIFIC PATRICK: “It was very important for me to know and understand what the word ‘violence’ means. Before I believed that violence means the rape of a mother or a girl, but today I know perfectly well that violence is any bad act committed against another individual or against animals, plants and the environment. Before this training I quarreled with my wife, with my children and with my friends. I thought that I was only talking to them, yet I was committing violence against them. Before I would kill an animal that was about to give birth, but now I know that it is violence against this animal. Before I said that the one who is not of my tribute is not a good person, and today I know that this is an act of violence.”

OLIVE OLGA: “I understand why today we are suffering. The exercise of pushing each other has taught me that pushing each other brings us into trouble, which is why before making a decision or taking action, you must first think before doing, to make sure that your decisions won’t handicap the future or even lead to war.”