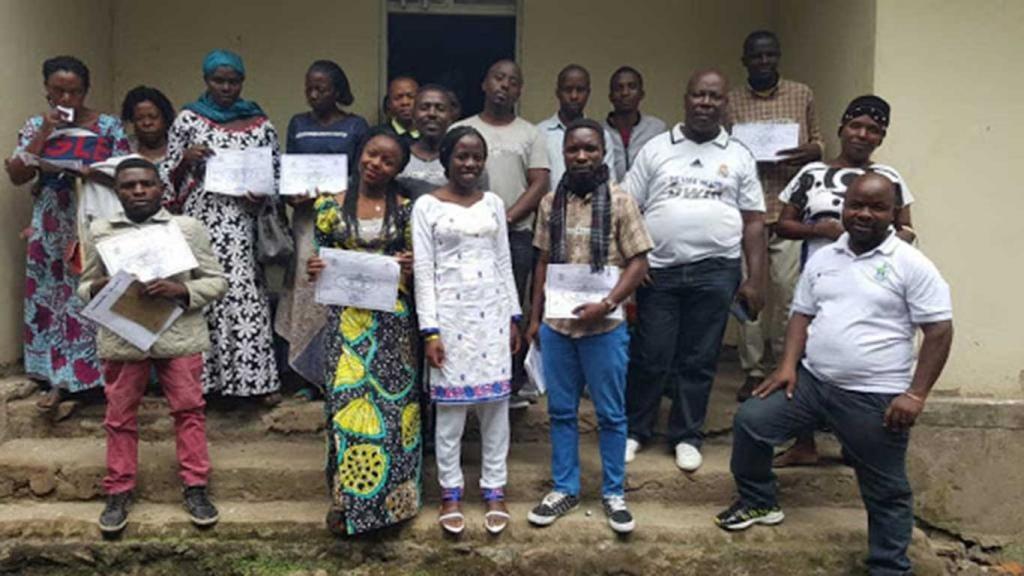 We selected a group of people indigenous to Central Africa, often called Twa people.  They are a nomadic people.  They are marginalized; their life is almost outside of the rest of Congolese society. They lived by hunting in the forests. It was only during recent time that they began to adapt to living with the Bantu peoples.

We chose them to involve them in the program of the Congolese government for the restoration of peace and the resolution of conflicts in the region. Discrimination, popular justice, theft, violation of human rights, sexual violence, kidnaping, killing, tribalism, land conflict, and other conflicts are the elements that motivated us to seek these trainings which reduce to some extent these kinds of violence in the whole world. 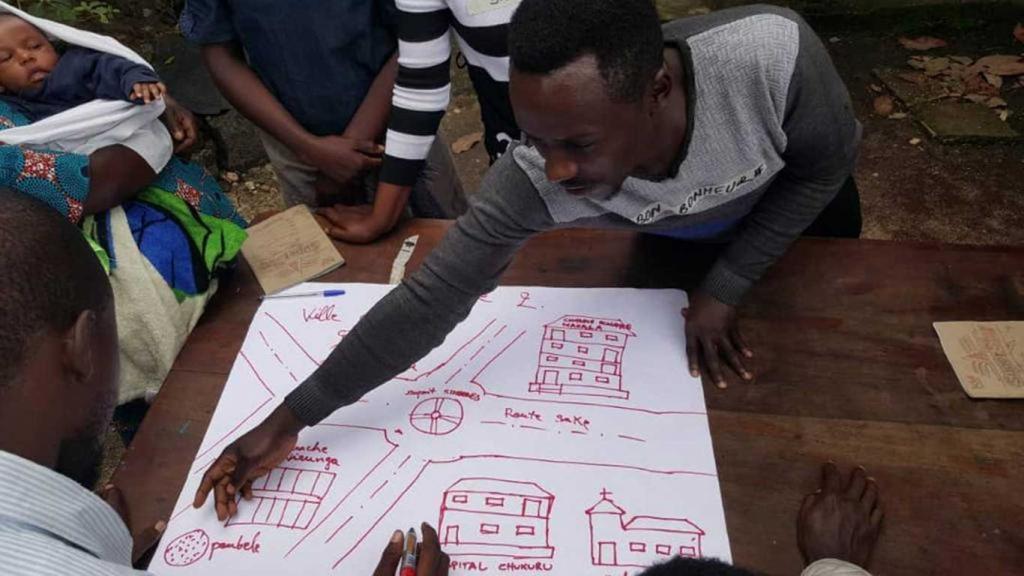 On behalf of the Pygmies (Indigenous) community of Mubambiro, we testify to you that these teachings are of great importance because they are an opportunity and a priority need in our life in relation to the difficulties that we go through in our everyday life, especially the fact of not being considered, the isolation, from time to time in conflicts between ourselves and with the Bantu. But thanks to these teachings, we confirm to you that we will change little by little. With us playing with bladed weapons, arguing is a joke, and stealing the culture of the Bantu is also a common thing with us and without asking if it is a good or bad act. But today through these teachings we promise to follow it and change our lives. — President of the Mubambiro Pygmies Committee

These two people were in conflict for a period of 12 years and here they are both in the training of the AVP program. After the training CARLOS asked to speak and spoke in front of everyone that he was in conflict with YORIYA NDAANDI by saying that he asks for forgiveness because he has been transformed by the teachings. On the other side YORIYA confirmed to us that she was also ready to forgive and forget the past to live a new life. – YORIYA NDAANDI AND CARLOS RACHAMA 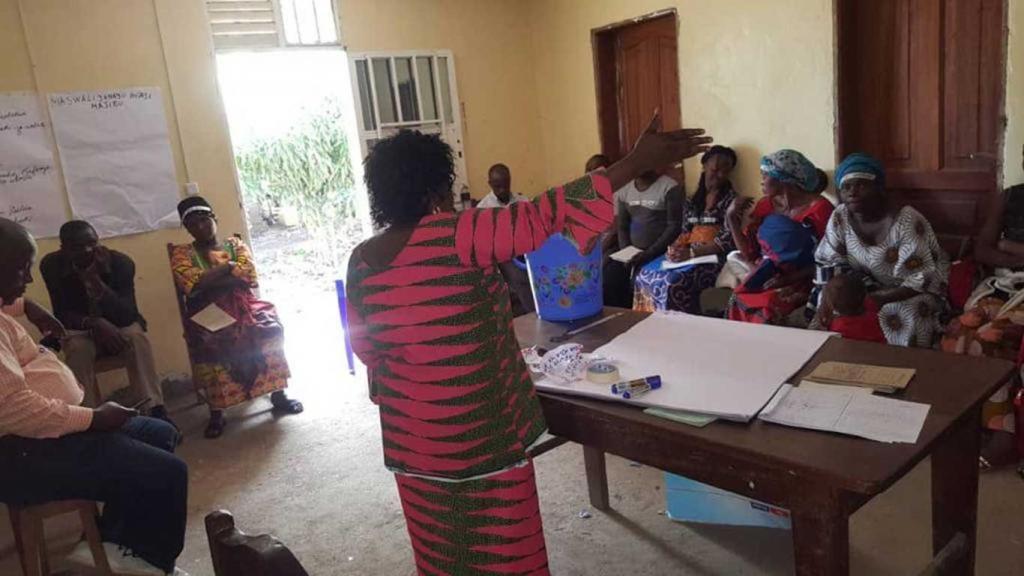