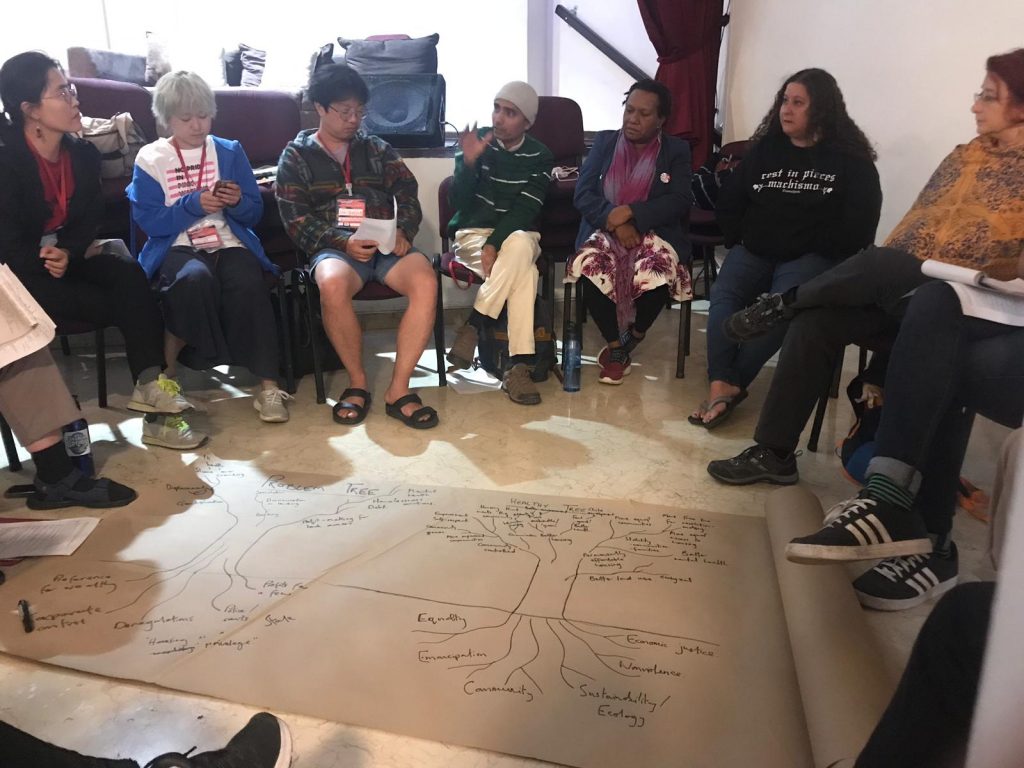 Session on Constructive Program where Subhash shared about Creating Cultures of Peace with the participants July 31 Bogota. Photo by Andrew Metheven WRI

Subhash visited Bogota, Colombia from July 26 to August 4, 2019 to take part in an international conference titled ‘Antimilitarism in Movements’ and International Assembly of the War Resisters’ International.

More than a hundred nonviolent activists from over 26 countries participated in various events including nonviolent direct action in the form of street theatre. The action explored the themes of violence and oppression, solidarity and liberation, with a focus on the persecution of social movement leaders.

People’s struggles against militarism, capitalism, land misuse, excessive extraction of natural resources, mono-cropping, and multi-faceted violence of multinational companies over people and nature in various parts of the earth were shared during the conference. Stories of hopes and alternatives were also explored among participants under the themes of Just Peace, Sustainable Peace and Diverse Peace.

During a small group session as well as in personal conversations, Subhash shared about our Creating Cultures of Peace (CCP) training with some Latin American participants. Few have shown keen interest to know more and participate in the CCP. One of them is Alejandro Parra, who is a conscientious objector and AVP facilitator trained by Friends Peace Teams’ Peacebuilding en las Americás in Colombia. Other young activists from Peru and Colombia are also excited to learn more about CCP. Subhash is following up with them to realize their interest and accommodate them in upcoming CCP training in 2020. This may open up the door to introduce CCP among Latin American activists.

The event was organized by the WRI, which Subhash has been a member of since 2010. Subhash was elected to be part of the WRI’s governing council as well as in the executive committee for the next four years. This is a great space and opportunity to get involved in the global nonviolent movements more directly and constructively. 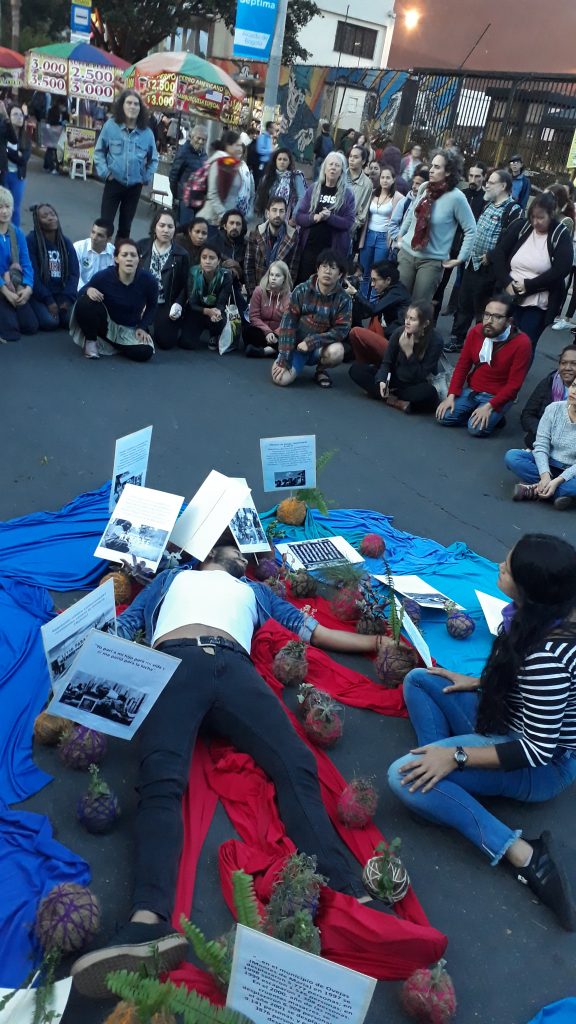 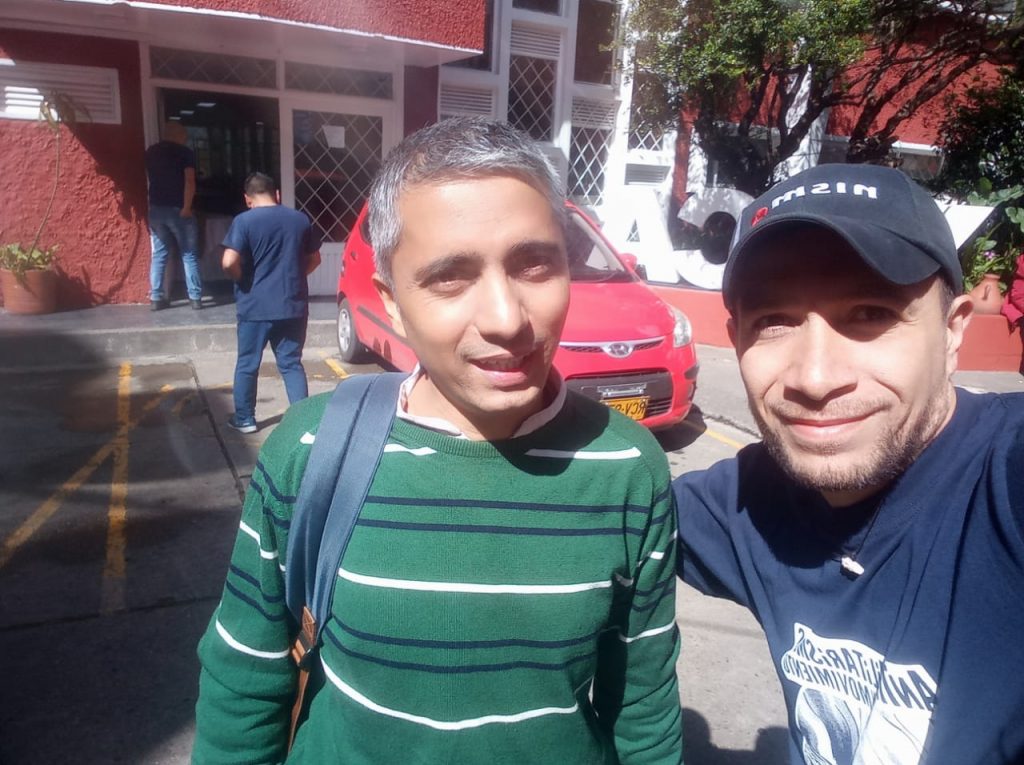