Alla Soroka shares her experience at the 2018 International Peace Training

by Alla Soroka, Project Manager for This Child Here (Translated from Russian) 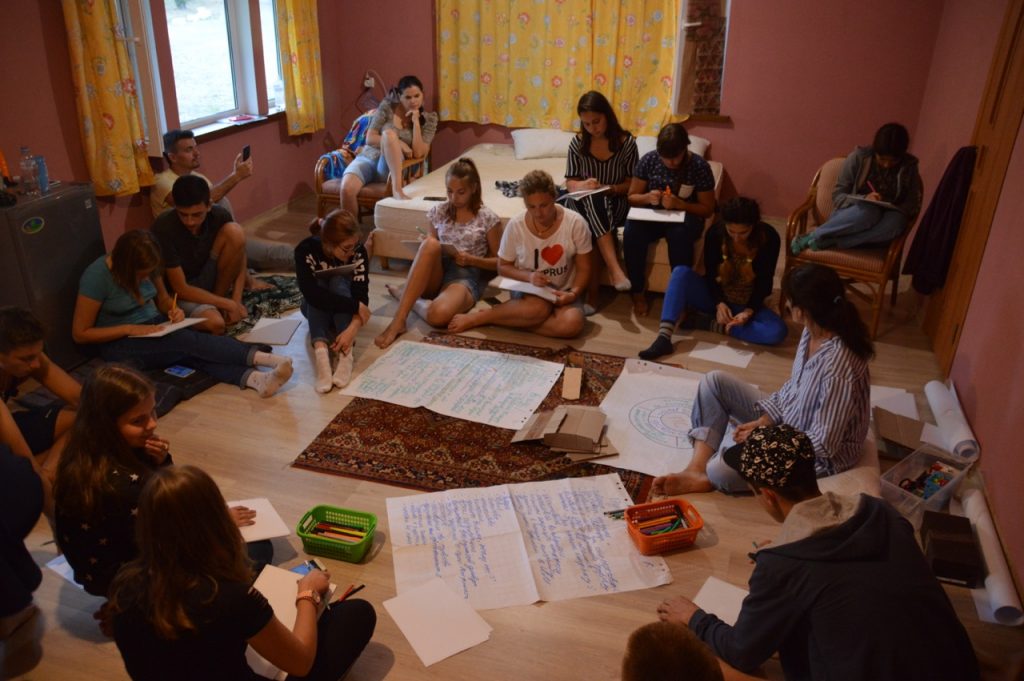 It was very important for me to be a participant in the Trauma program. This is an actual topic in my country. Four years ago, we started a war in the eastern regions of the country. Many people began resettlement in safe areas. Some of them were under fire. Many families survived the tragedy. And until now we were all in the unknown; what will happen next? How long will this war last…

I have been working in the AVP program since 2005. We did our trainings for refugees, for families who suffered in this war, for people who were participants in a peaceful demonstration in Kiev. We saw that this program helps people cope with the burden of violence. It reminds people of human values.

Three years ago we began to make peace-making summer camps for refugee families. I realized that it would be good to know about any gentle ways of dealing with trauma in a group. When I was at a peace conference in the United States, Nadine Hoover invited me to Indonesia to study under her program of work with trauma. It was what I was looking for. I trust AVP, and people who create new programs. It was a rewarding experience.

I liked to be in the process of working with the injury in combination with the immersion in the resource. I liked that all participants of the training were focused on caring and support for each other. Injury plunges into reality and distorts. Nadine gave several exercises that helped us to bring this reality out, it was soft and gentle.

It was important for me to understand about secondary trauma. Volunteers who work with refugees often do not realize that they are traumatized. They need support in the same way. I think that this training would be very useful for them. Now we plan to do such trainings as well for volunteers who work in the gray zone with volunteers engaged in assistance to refugees.

I am very grateful to Nadine for her invitation and support. I really like what friends do in Indonesia. I want to wish the team that works in Indonesia, a lot of inspiration, courage, wisdom. I was so glad to meet all of you all.