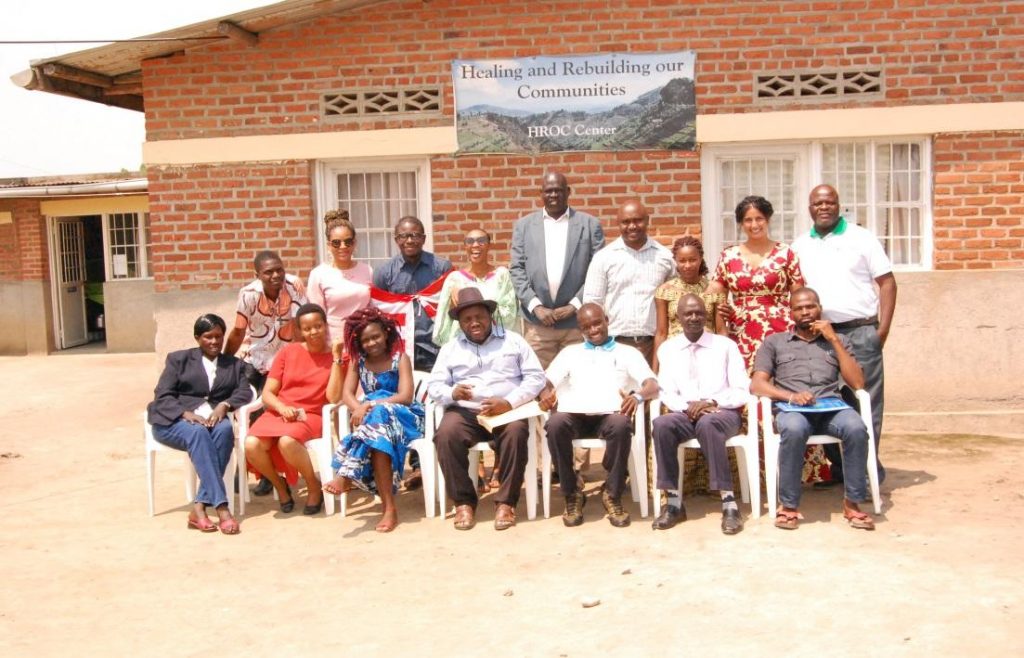 For the 15th time, HROC conducted a training for 13 Facilitators (eight men, five women). People gathered together from around the world. Nine countries were represented in this one! What diversity!

Participants came from different background, but most of them were peace workers as their daily job. Many came to learn HROC approaches and methodologies so they could go back home and start or join HROC activities.

This training was special because it had two apprentice facilitators, Shelly Straton, and MUKAZAYIRE Immacule. Immacule also acted as a translator because there were Congolese in the training who couldn’t speak English. So whenever she could facilitate, Solange MANIRAGUHA was there to translate, and vice versa.